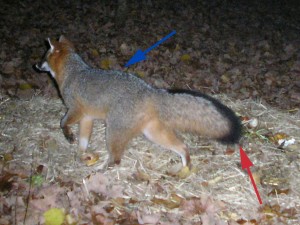 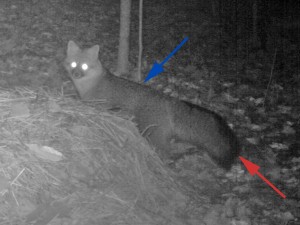 Appearance/Behavior:  The gray fox (80 – 113 cm) has a salt-and-pepper gray back (blue arrow) and face.  A black strip extends down the back and along the top of the tail, ending in a band at the tail’s tip (red arrow).  Its legs, neck, back of ears, and chest are cinnamon brown.  This fox has a white chin and chest bib.  Gray fox visits to the compost piles generally entail a single animal, but sometimes they will come in groups of two or three.  Gray fox visits may coincide with those of raccoons, opossums, or skunks.

Daily Activity:  Primarily nocturnal, but with greater diurnal tendencies than the red fox.

Similar Species:  The gray and red fox can be challenging to distinguish at first, but become easier to tell apart with practice.  The best approach is to spend time studying the various sample images provided for these two species, focusing on the following characteristics. The red fox, on average, is somewhat smaller than the gray fox.  The head of a red fox has a rusty red forehead and cheeks, with black along the back of the ears, while the head of the gray fox has a gray forehead and cheeks, with orange extending up from the neck to the backs of the ears.  Both species have a white chin and some black around the muzzle.  Most fox visits are at night, resulting in grayscale images (due to infrared illumination).  In such images, the black feet and shins of the red fox are distinctive compared to their orange counterparts in the gray fox.  A lateral view often shows a flank of uniform color in the red fox and a darker gray upper band and lighter orange lower band in the gray fox.  Furthermore, in a grayscale image, the dark upper edge of the tail is much more pronounced in the gray fox as it extends from the back.  Also the tail tip of the gray fox has a wide black band that is lacking in the red fox in which the tail tip will often show white fur. 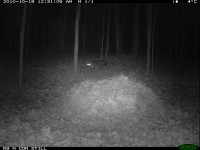 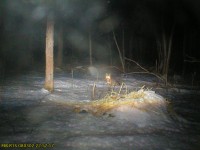 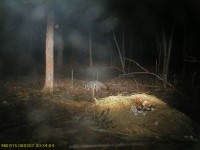 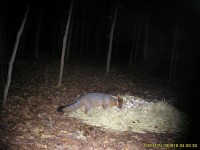 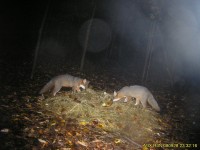 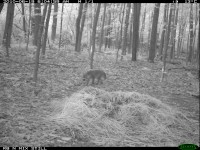 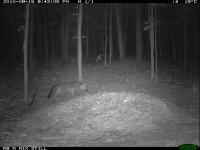 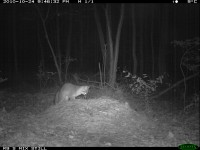 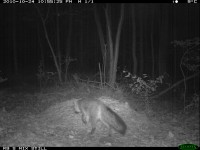 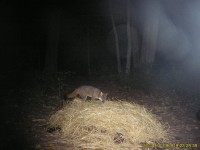 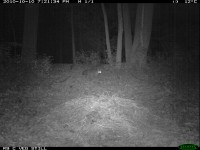 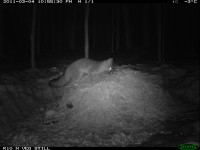 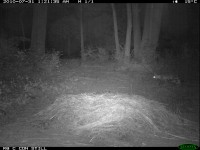 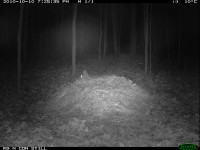 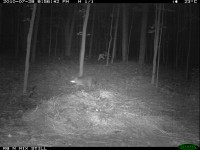 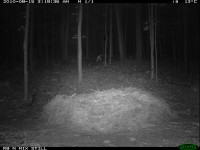 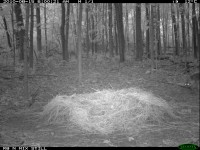 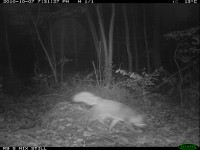 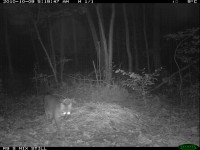 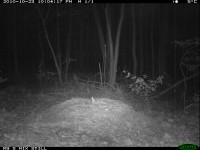 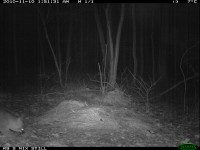 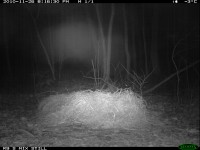 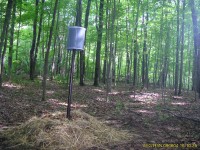 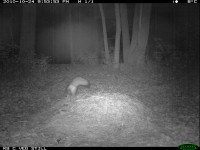 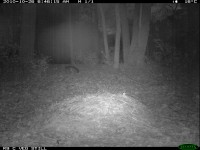 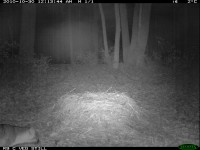 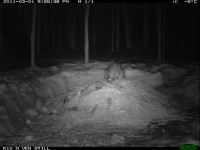