At a public hearing held yesterday, February 18, 2016 at the Legislative Office Building in Hartford, CT, these were a few of the questions being asked.

What was the topic of discussion? Higher Education and campus safety, a topic, according to Representative Robertta Willis that has been “unresolved for ongoing years.”

Many of the topics that were brought to discussion by the president of Connecticut State Colleges and Universities, Mark Ojakian focused on the safety of Community College students and his belief that all community colleges within the state should be equipped with post certified police force officials. Ojakian states that providing Community colleges with armed security will reduce in response times of local police if any incidents were to occur on campus.

This possible proposal, if passed, would provide approximately 11 community colleges with armed security officials. However, cost was one of the main questions on many of the representatives’ minds. Representative Robertta Willis gave approximations to the number of armed guards that would be need. She states that approximately 70-100 officers would be divided among all 11 community college campuses. Representative Juan Candelaria inquired as to whether college tuition would increase were this proposal to be pursued. He indicated that an increase in tuition could lead to multiple minorities being unable to afford higher education. Being of Latino descent, Representative Candelaria made it clear that tuition increase would lead to “…having less people who look like me, afford college.”

Mark Ojakian responded by informing all representatives and the public, that there would be no increase in college tuition if armed forces were to be added to community colleges. He did, however, state that it would be up to each college to decide whether or not they would want to implement armed forces to their campus.

It appears that the majority of students currently attending community colleges are in support of the implementation of armed campus safety officials and, generally, of at least an official presence on campus to create a more secure learning environment. There is no doubt an inequality in that students attending four year residence colleges and universities are given the comfort of an armed presence and begs the question of discrimination against students attending community colleges.

President Ojakian’s three prong plan focuses on providing community colleges with armed security, enforced insight on mental health, and assessing each community college campus. He does state that it would be at the choice of each college to decide if they would like to provide the funds necessary for all these assets. He does suggest that a strong focus on Mental health be instituted into each community college campus and highlights that post certified officials will have the opportunity to provide assistance to students who require special services.

If student tuition funds would not increase, where will these funds to input armed security onto community college campuses? 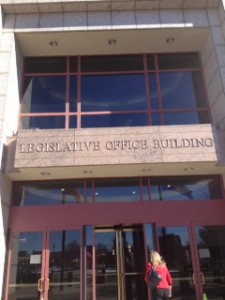