The Connecticut Coalition for Justice in Education Funding (CCJEF) is engaged in an ongoing court case against the State of Connecticut in order to fight for every pre-k to grade 12 student to have an adequate and equitable educational opportunity. Their mission is to make certain that school funding is distributed equitably based on the student’s needs in their districts. CCJEF wants to ensure that all students will acquire the supports they need to, even if it means all students do not have the same resources. They argue that all students are not the same and some require additional supports to succeed academically and engage in civic life. They are targeting the school districts with high concentrations of poverty. The goal of this trial is to have adequate funding for each student to prepare them for the rest of their educational careers and set them up for success in their futures.

On Friday morning, courtroom proceedings began with Kathleen Demsey, Chief Financial Officer for the State Department of Education. Previous to being a CFO, Demsey worked as an Education Consultant for the Connecticut Department of Education and as Principal  Budget Specialist at the Connecticut Office of Policy and Management. Demsey received her BA from the University of Connecticut in Management information Systems with a minor in Finance and went on to obtain a MBA from Quinnipiac University.

The line of questioning of Demsey sought to understand her role in the allocation of funding to public schools in Connecticut. She explained that her office is responsible for following the letter of the State and Federal law in an administrative and support role rather than provide policy discretion in this calculation and allocation of funding. The policy decisions which provide funding allocations is the sole responsibility of State Legislators with input from the Governor. Hartford Superior Court Judge Thomas Moukawsher consistently worked to clarify the role of the Demsey and the departments she oversees, at one point, he verified, “You take the formula, you do the math, and it spits out a number.”
According to Demsey, there are a series of calculation adjustments which change the allocation of financial resources provided to individual school districts in the State. The student enrollment calculation is not simply based on total student enrollment. The number of students enrolled in Pre-K programs is used to adjust the per pupil calculation down based on the assumption that most Pre-K programs are half day. There are also factors which will adjust the per pupil calculation up, such as extended school year and additional school day hours. This adjustment would also  include programs such as summer school. In addition, districts receive increased student enrollment calculations for participation in the free and reduced price lunch program. According to Demsey, “Need of the students based on free and reduced school… 30% credit for each students enrolled…” Once these enrollment figures are adjusted, district wealth and income are used the further adjust funding allocations. The median income of a district is used to compare it to the median income of the State as a whole. The series of adjustments is intended to provide more equitable distribution of resources based on the differences community need within the district. 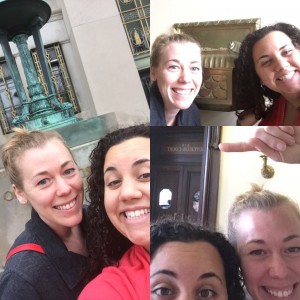