In the beginning of the documentary, Waiting for Superman, the filmmaker used the narrator’s thoughts and beliefs, despite being a seemingly upper class, white male to justify the idea that every parent, regardless of the school they send their child to, is taking a “leap of faith.” This scene enhanced the idea and echoed the metaphor that the film is named after, revolving around the notion that it would take superman, a figure that does not exist, to fix the damage that many schools in America struggle every day with.

One key scene that highlighted many aspects of the struggle in schooling began two minutes into the film and ended at around 4 minutes and 36 seconds. This scene in particular is important because through a rather strong voice, the audience is able to view struggle in schooling through a different lense than what has previously been depicted due the fact that he is lucky enough to “have a choice” for his children. While it is fairly easy to highlight the challenges in public education in The United States, it seems  a lot much more real hearing it from an individual that sends his children to a private school. The filmmakers did an incredible job showing this emotion and pain through the camera shots that were playing simultaneously with a backdrop of the narrators voice. The film went perfectly alongside what the narrator was saying and created very inclining visuals for the audience. The most memorable visual was a video imitating the car ride that the narrator drives everyday to school as he proceeds to say, “every morning, betraying the ideals I thought I lived by, I drive past three public schools as I take my kids to a private school.” While he does firmly consider himself extremely lucky to have a choice, the video does a great job at portraying the guilt that this man feels as he passes these struggling public schools with his children in the backseat.

The film portrays the students shown in the Washington DC public schools as getting a “crappy education” (Guggenheim, 28.42) and are entering what they refer to as an “academic sinkhole.” (Guggenheim, 24.36) They hark on the idea that the children that attend these schools will fall 3 to 5 grade levels behind because of the lack of quality education they were given growing up. While having a really great teacher is essential to learning and growth development for a child, I do think there are missing parts to this story and the film could have added more reasons for the struggle that numerous children took on growing up.

Another part of the film that stood out from the rest revolved around the works of Michelle Rhee. She is an extremely admirable figure because she is working to really make a change for the sake of all children in The United States. It is people like Michelle Rhee that are going to make a difference in building stronger schools in America. She is not only not afraid to face the fact that schools are struggling, but also truly wants to make a difference in children lives. She is not afraid and is fully aware that she needs to at least attempt to turn around school districts in order to “produce results for kids.” (Guggenheim, 32.02)

It is clear that this film got very positive feedback through comments on movie reviews such as “This documentary is amazing and speaks volumes about our public school system. Every child deserves a fair education with an amazing teacher in front of them every day.” Comments like this make it clear that the film showed the reality that lies within the school districts in The United States. 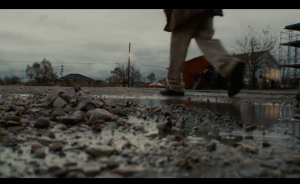