YOU GET A MILLION DOLLARS! 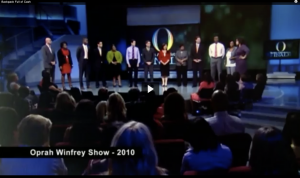 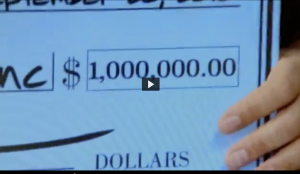 The scene I decided to capture and analyze was the part of the movie where administrators from different private public school made and appearance on the Oprah Winfrey show. In the scene, Oprah is on stage with the administrators and makes a huge announcement to the, audience and the millions of viewers that watched that episode, that she was going too award each of the administrators’ schools with a whopping million dollars. This scene stood out to me the most from the rest of the movie. This scene made me wonder, why are we building these private yet claim to be public schools, if there’s a great lack of resources in our public schools that things like money can solve. Why don’t people with those very same resources put them into the public schools we have right now. Especially since many schools that have been up and running for years are shutting down at an alarming rate due to lack of resources like money. The way the filmmakers put the scene into the movie was very clever and led me to have the epiphany that I had. They put the scene right after one of the speakers in the movie pointed out that many people believe that just because you keep pumping resources into schools means that they’re the best and that their soaring on all scales of schooling. When in reality, many of the private public schools have if not the same but little difference in grade averages and test scores as the public schools they’re competing against.

After class that night, I called one of my old teachers back from high school about the movie. I never knew she had actually watched the movie. She said that there was one big thing that really bothered. “I think that the million dollars was great gesture for support of American schooling, but I think she did it just for the views and support from those people that support those type of schools. She’s a woman of color who comes from the same type of schools in underrepresented neighborhoods that are failing because of lack of resources. Why not just reinvest in your community, the same community you were raised in?” (Ms. Savage). Ms. Savage raised a great point. Why not just reinvest in the schools in your very own backyard, then go build schools that aren’t helping your own people.