Beyond the Elms: Where Three PBPL ’13 Alumni are now

The Class of 2013’s Public Policy & Law majors will be remembered as one of the brightest and most enthusiastic classes that the department has ever had. A year and a half after graduation, I had the pleasure to speak with three outstanding Public Policy & Law (PBPL) alumni to discuss their experiences at Trinity and to see what they are up to now. 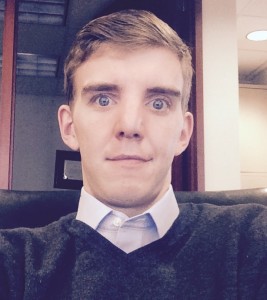 Drew McCarthy currently works as a financial analyst for Merrill Lynch in Boston.

Drew McCarthy is now a financial analyst with Merrill Lynch in Boston. He works with a team of investment advisors to deliver investment solutions to ultra-high-net worth individuals. Drew has felt comfortable making the transition from his just-outside-of-Boston hometown of Wakefield to his new home in Southie, where he lives with three fellow ’13 alumni.

As an analyst, Drew is responsible for conducting extensive research on the current status of markets and for forming projections on where markets are headed. The Public Policy & Law, Economics double major has found that his college studies helped cultivate the skills he uses in the workplace. “Rather than just being able to look at economic indicators and market behaviors to understand them through an economic lens, I can also look at the data as an argument and break it down piece by piece,” said McCarthy. “This ability to take a big data set (or issue) and break it down into smaller pieces that can be analyzed is a skill that I really developed with the help of Professor Cabot and Professor Fulco. Because of them, my team not only relies on me to analyze data but they also rely on me to understand how the data could be misinterpreted and explain my conclusions to clients in a succinct, direct manner.”

Drew is currently studying to become a Chartered Financial Analyst (CFA), which he hopes to complete before going back to school to pursue a dual J.D./MBA degree. While McCarthy has his sights set towards his future goals and a career in financial management, he still looks back fondly on his time at Trinity and his experience in his majors. “I think that what makes the PBPL program so special is the sense of family that developed within the major,” McCarthy said, “I was very close with my fellow classmates and despite the fact that we sometimes disagreed, we were always able to treat each other with respect. I think that the Trinity community as a whole can learn from the learning environment that Professor Fulco has created.” 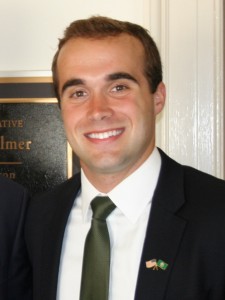 Jack Nettleton is the Pierce County Coordinator at Strategies 360 in Seattle.

Jack Nettleton has moved back to his beloved home state of Washington where he works for Strategies 360, a full service consulting firm headquartered in Seattle. He serves on the Northwest Parkinson’s Foundation Board in addition to being an Associate Director of the Laird Norton Board of Directors. Jack’s passion for giving back to his community has continued since he graduated from Trinity, where he helped found the Adrienne Fulco and Edward Cabot Public Policy and Law Fund in 2013.

Jack has also found that his learning inside of the classroom at Trinity has been immensely helpful to his work at Strategies 360. “The major equips you with tools to properly analyze, interpret and suggest solutions to real life policy problems. This is consulting 101, and I have found that the purpose of the major and the ethos of my company are similar: you cannot tug on one policy string without pulling another, so you better be able to look at issues holistically with an eye for if its sound policy or not.”

When Jack returned to Trinity this past Homecoming for the first time since graduation, he was overwhelmed by how much he missed the faculty and his friends. “I miss Renny, Ned, Abby and my PBPL friends who made my experiences so enriching.” While he is certainly nostalgic for his time at Trinity, Nettleton is also very excited to see that the PBPL program is growing in size and recognition as “a major that produces leaders we will all read about.”

When asked about what state policy issues concern him most in Washington, Nettleton responded, “It’s how we can stay a business friendly state while addressing our revenue shortage. With the abundance of natural resources, large exports and cheap, clean energy there is no reason we should have a budget shortfall. My vision is simple: I want Washington to be the best state to live, work, play, and raise a family.” 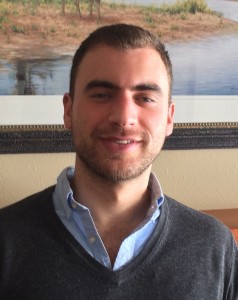 Vince Novelli is now in his second year at Columbia Law School.

Vince Novelli is currently a 2L at Columbia Law School. In his free time (when he is not playing basketball), he is working in a law clinic with young people transitioning out of foster care and working on a project representing New York City public school students who have received unfair suspensions. Last summer Vince worked for Governor Malloy’s General Counsel’s Office and this summer he will be working for K&L Gates in Manhattan.

When asked about his favorite course in law school, Novelli was split between Contracts and Constitutional Law. “I enjoyed the process of building an understanding of each contract law provision or theory, then going into a potential dispute with that arsenal prepared to use whichever tools were applicable to get the result I was looking for. Constitutional law engaged a very different part of my brain. Constitutional problems are massive in scope and impact, and involve history, public policy, and politics. I loved grappling with such complex questions.”

Novelli described his courses in PBPL as being invaluable for his success in law school. He is tremendously grateful for the access that the program gave him to work one-on-one with professors to help develop his writing and analytical skills, and he still draws upon his PBPL learning on a regular basis. “Not a day goes by when I do not use my understanding of issue framing from PBPL 201 to either convince someone of my view or understand the goals and motivations of others.” Novelli praised the program’s ability to teach students how to understand every side of an issue, which he has found to be an incredibly useful skill needed when advocating for a particular side or even a client.

One tip that Vince gave for current PBPL majors is to strongly consider writing an honors thesis, if given the opportunity. “Writing my thesis was an enormously developmental experience in terms of writing and researching, time management, organizational techniques, and any other number of important skills.” Novelli wrote his senior thesis on new voter ID laws that have been enacted across the country.

While all three of the Class of 2013 Public Policy & Law alumni that I interviewed are pursuing fairly different tracks, they all felt very prepared for their current work thanks to the PBPL major. The Public Policy & Law Department is very proud of how successful its alumni have been, and McCarthy, Nettleton, and Novelli have lived up to the high expectations that their professors set for them. Professor Fulco, the Director of the Public Policy & Law Department, is especially proud of her former students, “Drew, Jack, and Vince are three of the most spirited and dedicated members of the PBPL class of ’13. They were active recruiters and advocates for the program, and they became role models for our younger students. Despite holding very different positions on the political and legal issues under discussion, they took great joy in debating and challenging one another—whether in class or over coffee. I am grateful to them for contributing so much to the sense of community and belonging that defines our program.”

With just a year and a half of post-graduation life under their belts and yet already having achieved so much, it will be no surprise if these three alumni become some of the “leaders that we will read about” in future headlines and news articles. 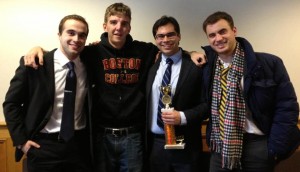 This entry was posted in Spotlight on Alums. Bookmark the permalink.