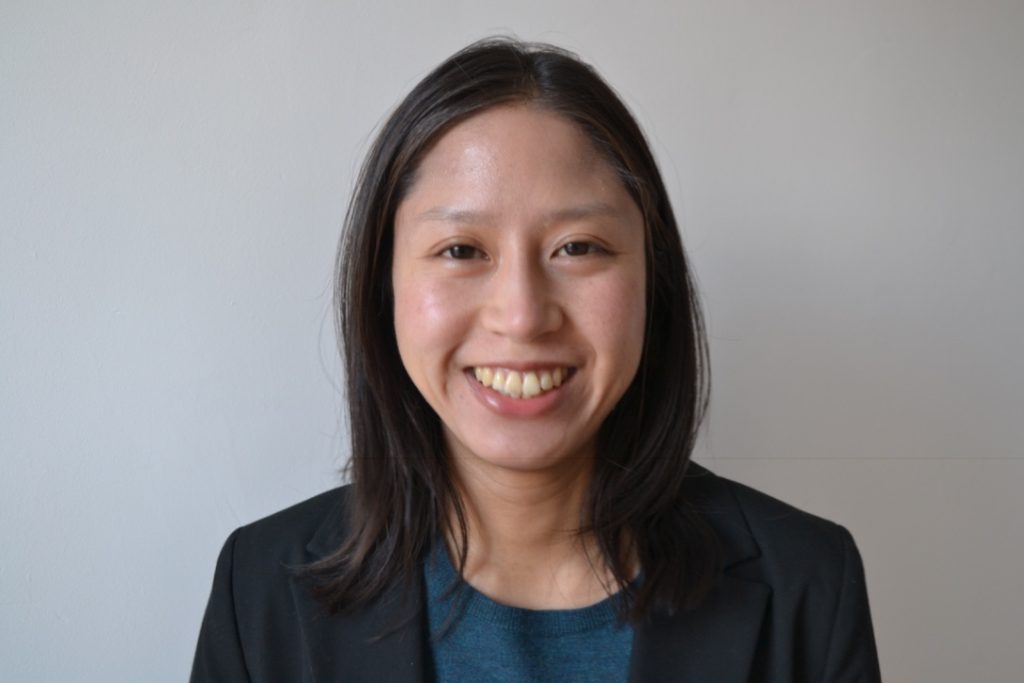 The Educational Studies Program and the Public Policy & Law Program proudly announce that the Ann Plato Diversity Fellowship has been awarded to Dr. Elise Castillo, who will join the Trinity College faculty for the 2019-20 academic year. She will design a new Public Policy & Law course on privatization during the fall semester, teach the Educ 300: Education Reform Past & Present course in the spring semester, and launch a new research project on Asian-American family experiences with school choice.

Dr. Castillo’s scholarly identity is shaped by her personal experience as a second-generation Filipino-American, and her professional experiences as a public school teacher in a high-poverty New York City neighborhood. She earned her Ph.D in Education Policy from the Graduate School of Education at the University of California, Berkeley in December 2018. Her dissertation research, “Progressive Education Meets the Market: Organizational Survival Among Independent Charter Schools,” featured a 10-month qualitative study of three independent charter schools in New York City, and illustrated the difficulties inherent in instituting progressive schooling in an educational environment deeply informed by market principles. In addition, she has co-authored articles in the Peabody Journal of Education and the International Journal of Child Care and Education Policy, as well as UC-Berkeley policy reports on expanding preschool in New York City, and school funding and achievement gaps in the Los Angeles Unified School District.

Currently, Dr. Castillo works as a researcher at the Metro Center at New York University. Prior to pursuing doctoral studies, she taught middle and high school English in New York City and worked as a policy research assistant at Teachers College, Columbia University. She received her BA in English and Creative Writing from Barnard College, an MS in Teaching (Adolescent English) from Pace University, and an MA in Education Policy from UC Berkeley. Read more about her work at https://elisecastillo.com/.

Trinity College’s diversity fellowship is named for Ann Plato, a 19th-century author and teacher of African American and Native American descent, who lived and wrote in Hartford. She was the second woman of color in the United States to publish a book, and the first to publish a book of essays and poems, titled Essays: Including Biographies and Miscellaneous Pieces, in Prose and Poetry (1841).

For questions or comments regarding Ms. Castillo or the Ann Plato Fellowship, please contact Jack Dougherty at Jack.Dougherty@trincoll.edu.

This entry was posted in Focus on Faculty, Policy Voice Contributors, Special Events. Bookmark the permalink.