Patrick McCarthy ’15 Soon To Be An Army JAG 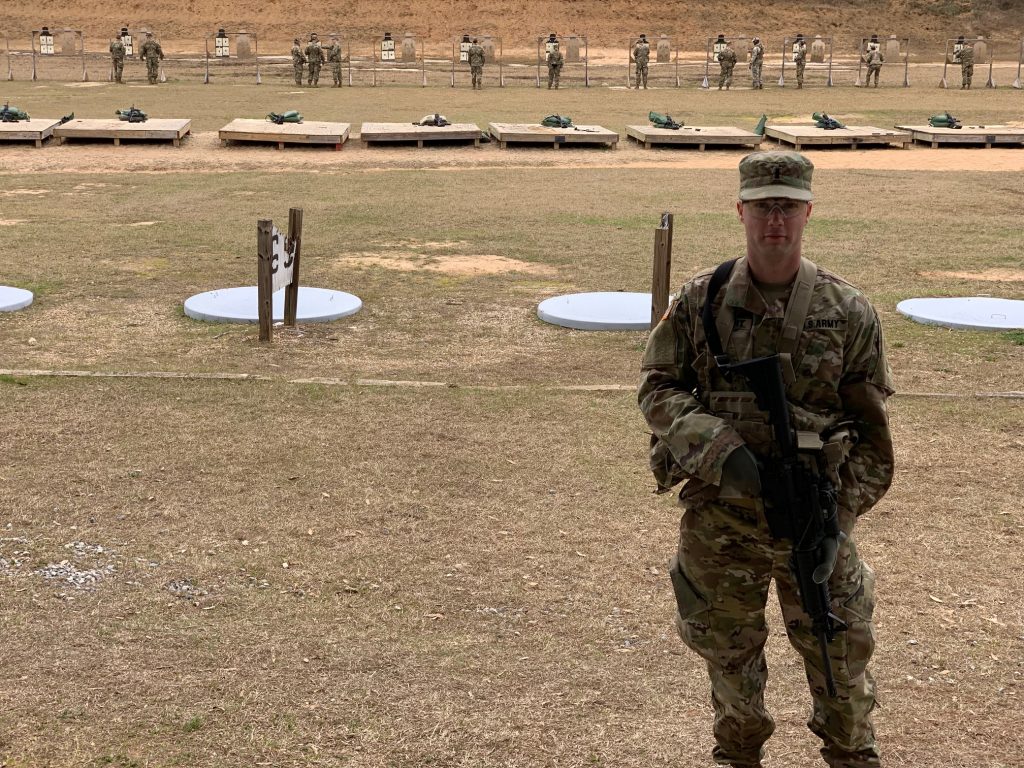 McCarthy subsequently attended New England School of Law (NESL) in Boston, Massachusetts. McCarthy did well, graduating number six in his class, emphasizing that “everything I did was geared towards becoming a JAG.” McCarthy was offered a position as a JAG at the end of his second year of law school and, since graduating, has spent time at Fort Benning, Georgia. McCarthy was commissioned as an officer and thereafter underwent basic training.

McCarthy is presently at the Army JAG school in Charlottesville, Virginia, where he is completing his training. As a JAG, McCarthy’s responsibilities will include prosecuting cases under the Uniform Code of Military Justice (UCMJ, 64 Stat. 109, 10 U.S.C. §§ 801-946), which governs the legality of actions within the United States armed forces. McCarthy is especially interested in operational law, which focuses on “the law of armed conflict, the rules of engagement, and the rules of war.”

As a JAG, McCarthy hopes to be assigned to advise a commander on the legality of actions in a one-on-one capacity. McCarthy “always wanted to serve” and considered a career with the marines prior to enrolling at Trinity. McCarthy characterized military law—in terms of concepts—as not greatly divergent from civil and criminal law in civilian courts. “The substantive law is pretty much the same,” said McCarthy, except that the “procedure differs” and there is an assumption of honor because those charged “serve their country.” McCarthy will practice in a court system distinct from the federal courts, but with a similar structure—with trial courts, appellate courts, and supreme court—except that all members, both advocates and the judge, are enlisted members of the armed services.

McCarthy credits the Public Policy and Law program with “sparking his intellectual motivation and desire to achieve.” Further, McCarthy told the Voice that he “doesn’t know if I would be where I am today without the track that the program provided.”

If you were wondering: yes, McCarthy has seen Tom Cruise’s A Few Good Menand, when asked about its accuracy in depicting military law, McCarthy said that “it is pretty much spot on, except for the fact that the movie’s charge—‘conduct unbecoming a marine’—is not an actual crime. The correct crime would in fact have been ‘conduct unbecoming an officer.’”

This entry was posted in "Why Declare PBPL?", Graduate, LSAT and Law School Info, Spotlight on Alums. Bookmark the permalink.