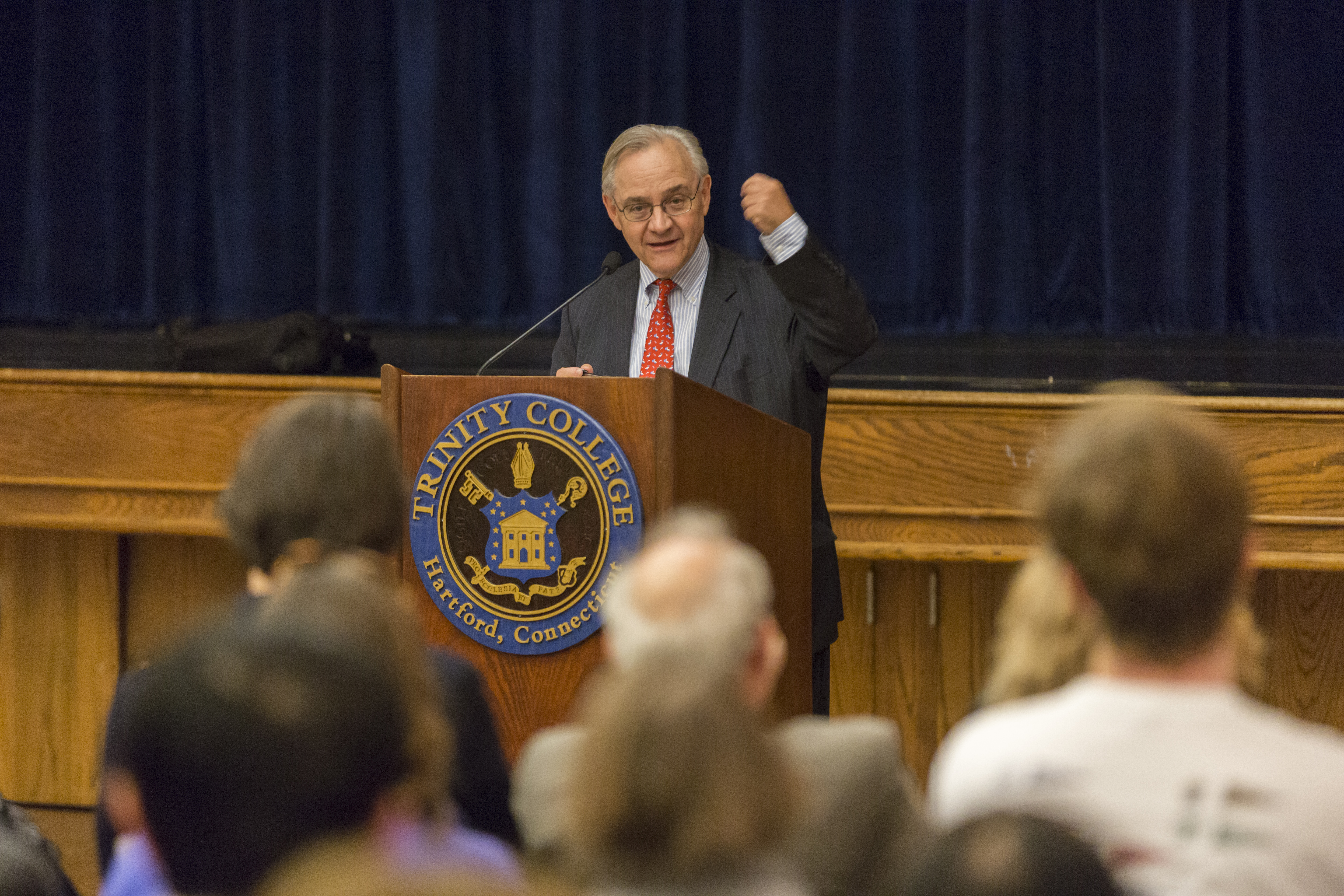 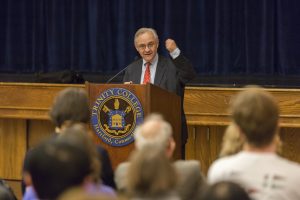 by Christine McCarthy McMorris…
On Thursday, November 17, 2016 Mr. Dionne visited Trinity College as the seventh recipient of the
College’s Moses Berkman Memorial Journalism Award, in recognition of his career as one of the country’s foremost political journalists. He gave a talk titled “After 2016: Can a Divided Coutry Heal Itself?” to an overflow audience of students, faculty, and the community. 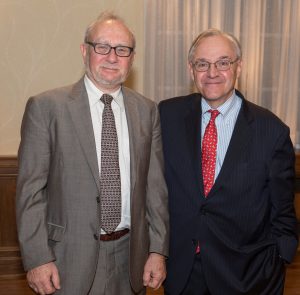 To hear a podcast of his talk, follow this link:  https://portal.stretchinternet.com/trincolladmin/portal.htm?eventId=331904&streamType=audio

A twice-weekly op-ed columnist for The Washington Post, he is a senior fellow in Governance Studies at the Brookings Institution, a professor at Georgetown University and a commentator on politics for National Public Radio, ABC’s “This Week” and MSNBC. 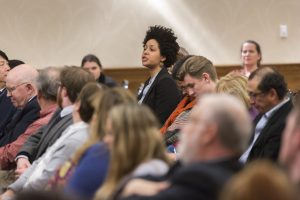 E.J. Dionne’s visit is part of the 25th Anniversary Year celebration of the Leonard E. Greenberg Center for the Study of Religion in Public Life. The Berkman Award receipients, which have included Tom Condon, Jason Barry, and Anne Garrels, are chosen by Trinity’s Program on Public Values (Dir. Mark Silk, above, with Dionne.)

Dionne is also a columnist for Commonweal, a liberal Catholic publication. Before joining the Post, Dionne spent 14 years with the New York Times, reporting on state and local government, national politics, and from around the world, including stints in Paris, Rome, and Beirut. Dionne’s published works include Why Americans Hate Politics which won the Los Angeles Times book prize, and was a 1991 National Book Award nominee. His most recent book, published January 2016, is Why the Right Went Wrong.

E.J.Dionne’s visit is one of a series of events in celebration of the 25th Anniversary Year  of the Leonard E. Greenberg Center for the Study of Religion in Public Life at .

The Moses Berkman Memorial Journalism Award is supported by The Moses and Florence Berkman Endowed Fund at Trinity College, in honor of the late Moses Berkman, Class of 1920. Moses Berkman was an outstanding journalist who served the Hartford Times as a political correspondent, columnist, and editorial writer from the early 1920s until his death in 1956.