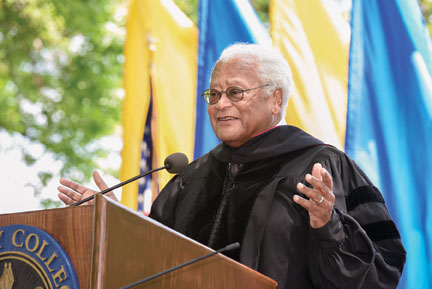 Reminding the 552 students who received their degrees on Sunday, May 17, of the vast opportunities ahead of them, the Reverend James Morris Lawson, Jr., delivered an inspiring Commencement address that asked the 524 undergraduates and 28 master’s degree students “to make your life count in every fashion possible.”

Renowned as one of the most important advocates for nonviolence in American history, Lawson was once described by the Reverend Martin Luther King, Jr., as the “leading theorist and strategist of nonviolence in the world.”

For Lawson, being invited to speak at Trinity’s 189th Commencement held personal meaning. He recalled his time in Los Angeles as pastor of Holman United Methodist Church. Among the congregants was the family of Joanne Berger-Sweeney, then a high school student. The 2015 ceremony was Berger-Sweeney’s first Commencement as Trinity’s president. 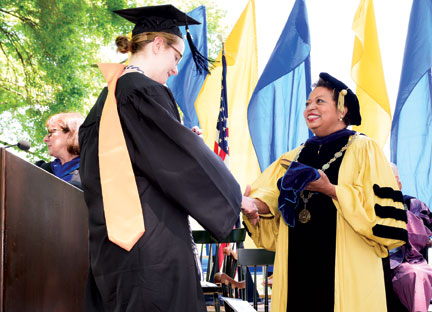 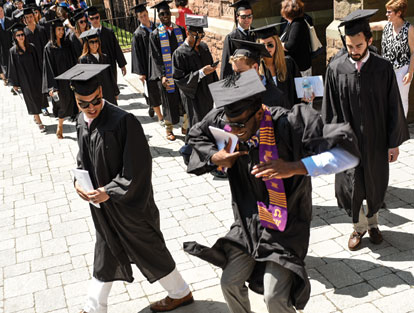 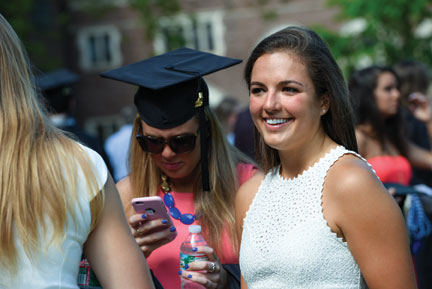 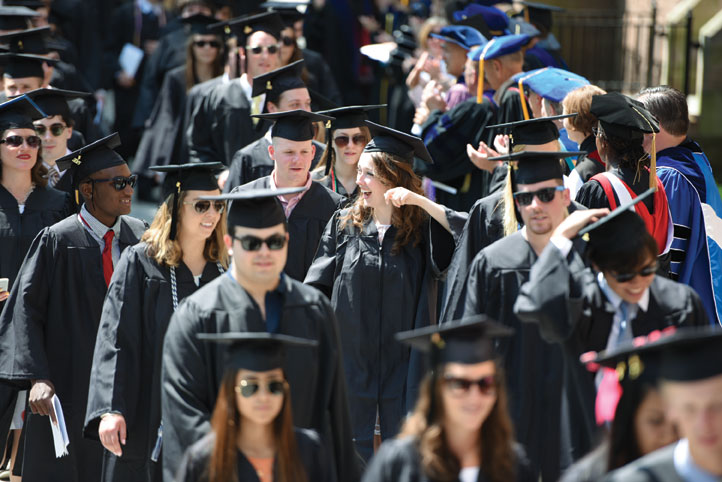 For more Commencement photos, visit our Flickr gallery. An archived webcast of the ceremony is available below.