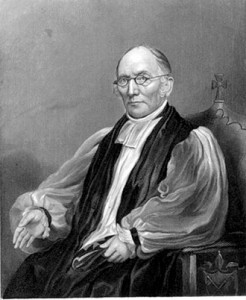 Did you have a teacher who changed the way you think? Influenced your career choices? Helped you to wake up intellectually? Or in any other way altered your life? If so, you have a wonderful chance to pay tribute to that teacher. The Thomas Church Brownell Prize for Teaching Excellence, which recognizes consistently outstanding teaching by a senior faculty member, is awarded annually at Commencement. All alumni are invited to submit nominations explaining in 200 to 300 words why they believe a favorite professor deserves this prestigious award. Nominations should be sent to Nan Horton via e-mail (nancy.horton@trincoll.edu) or postal mail (Office of the Dean of the Faculty, Williams Memorial 118 at the College). The nomination deadline is Friday, November 6, 2015.

Tenured associate and full professors who have been at the College for at least three years, teach full time, will not retire prior to June 30, 2016, and have not previously received the Brownell Prize are eligible for it. A complete list of eligible faculty appears below.

The Brownell Prize Selection Committee hopes many graduates will nominate someone whose teaching made a critical contribution to their education.

If you have questions about the Brownell Prize, please direct them to Dean of Academic Affairs Sonia Cardenas at sonia.cardenas@trincoll.edu.

Faculty eligible for the 2016 Brownell Prize: