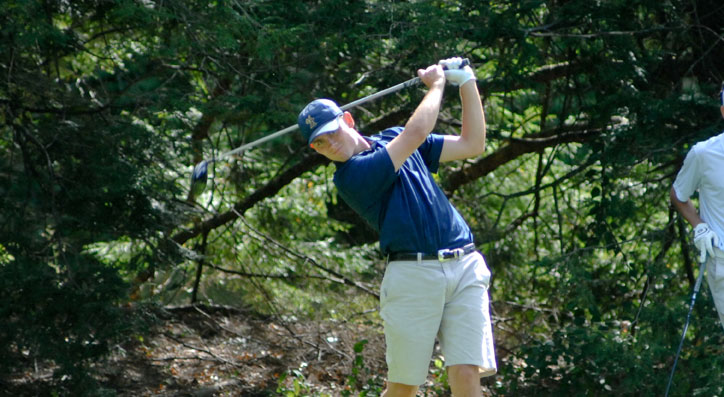 The Bantam golf team finished second in both the NESCAC Championship Qualifying Tournament and the ECAC Division III Championship Tournament. Senior captain Jeff Durkin and first-year Will Rosenfield each tied for sixth with a two-day score of 153 in the NESCAC Qualifier at Middlebury to help Trinity, coached by Matt Greason in his third season, qualify for the NESCAC Championship Tournament in the spring due to its top-four finish. Durkin and Rosenfield were each named to the All-NESCAC First Team, while sophomore Nate Choukas and first-year Taylor Kay-Green both graced the All-NESCAC Second Team. Rosenfield also finished second overall at the ECAC Championships in Southwick, Massachusetts. Rosenfield shot a 69 on the first day and followed up with a 75 the following day to join Durkin, who shot 146, on the All-ECAC First Team, while Kay-Green tied for seventh to earn All-ECAC Second Team recognition.