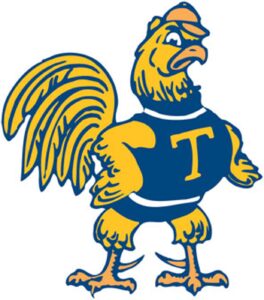 Trinity College Director of Athletics Drew Galbraith recently announced the 2021 Trinity Athletics Hall of Fame class. The Hall of Fame, created to celebrate the rich history of athletic excellence at Trinity, honors those who, through athletics participation, coaching, or service, have distinguished themselves in the field of intercollegiate athletics, brought honor and acclaim to Trinity, and contributed to the success and advancement of intercollegiate athletics at the college. The group is slated to be officially inducted into the Hall of Fame at an in-person ceremony in September. The in-person induction ceremony for the 2020 Hall of Fame class, postponed due to the pandemic, is set for October.

MARCUS COWIE ’00 (men’s squash) was a four-time All-American who won the College Squash Association (CSA) National Singles title in 1997 and 1998 and led the Bantams to their first CSA National Team crowns in 1999 and 2000. He is a member of the College Squash Hall of Fame.

RON DUCKETT ’74 (football) holds numerous Trinity and New England pass-catching records and led the nation in receiving in 1973. He was an All-New England and All-American wide receiver for the Bantams.

YOLANDA FLAMINO ’99 (women’s cross country/women’s track and field) was a two-time cross country and track and field All-American. She holds multiple Trinity records, including the highest-ever placing performance by a Trinity runner in the 1998 NCAA Division III Cross Country Championships when she came in 13th. Flamino won the San Francisco Marathon in 2007.

PETER GRAVES ’07 (men’s rowing) was a top rower for Trinity crews that rose to No. 10 nationally among all collegiate divisions; the Bantams won numerous New England Small College Athletic Conference (NESCAC) and Eastern College Athletic Conference (ECAC) titles during his career. Graves was selected as a member of Team USA and competed in the 2012 London Olympics as a member of the U.S. men’s quadruple sculls boat.

ALEX GUILD ’61, P’97, GP’11 (men’s soccer) is the Trinity men’s soccer all-time leader in every statistical category and was an All-American selection. He was selected to compete in the 1960 Olympics.

ISABEL IWACHIW ’10 (women’s ice hockey) holds several goaltending records and earned All-NESCAC, All-East, and All-American honors twice each. She was the NESCAC Player of the Year and NCAA Division III National Player of the Year while leading the Bantams to their first NCAA Tournament in 2010.

KARL KURTH (football/track and field—coach/administrator) was an assistant football coach, the head track and field coach, and the athletic director from 1966 until his retirement in 1982. He played a prominent role in bringing women’s varsity athletics to the college.

CLAIRE SLAUGHTER JOYCE ’86 (women’s squash/women’s tennis) was a two-time New England and Connecticut state tennis champion who was Trinity’s No. 1 singles player from 1982 until her graduation. She won every match she played in 1982, 1983, and 1985, and in 1982, she won every set. Slaughter also was a varsity starter in squash.

JAY WILLIAMSON ’89 (baseball/men’s golf/men’s ice hockey) was a captain and star player for the baseball and ice hockey teams. He also played golf and became a professional linksman in 1990, playing on the PGA and nationwide tours.

For more on the Trinity Athletics Hall of Fame, please visit bantamsports.com