“A truly diverse faculty is one in which a variety of perspectives are heard, disagreement is welcome, and no one’s voice is silenced,” says Dean of the Faculty and Vice President for Academic Affairs Sonia Cardenas. “That’s when we realize the full value of being a vibrantly diverse and innovative intellectual community.”

As a way to increase the diversity of Trinity’s permanent faculty, the college’s Special Opportunity Hiring (SOH) initiative will welcome 18 tenure-track faculty members over three years. Six of those faculty members began their new positions in July.

“The SOH initiative we launched, alongside our ongoing practices and training around diversity, equity, and inclusion, have made a real difference,” Cardenas adds. “We’ve moved the needle in just one year, as is evident in our data and in the exceptional set of faculty members we’re adding to our ranks.”

How did this successful SOH initiative get its start? Thanks in large part to the demands and work of Trinity students. 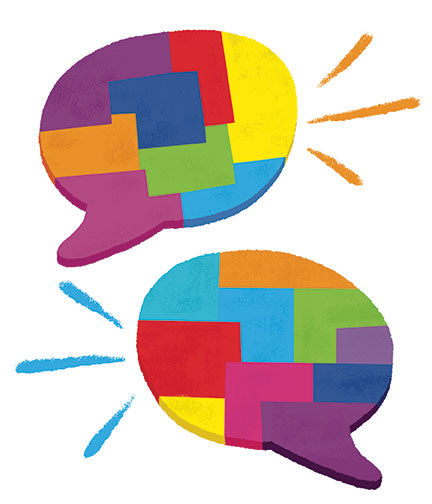 In the summer of 2020, with Black Lives Matter protests around the country calling urgent attention to police violence and racial inequity following the murder of George Floyd in Minneapolis, the Trinity administration pledged to take steps to address systemic racism at the college. In a letter to students, faculty, and staff, President Joanne Berger-Sweeney and Vice President for Diversity, Equity, and Inclusion (DEI) Anita Davis wrote, “We have made progress in creating a more inclusive community at Trinity … but our work has only just begun.” They asked all members of the Trinity community for their help.

The newly formed group of Trinity students called the Umoja Coalition—composed of members of seven student organizations—issued a set of demands to the college administration and Board of Trustees to consider as tangible actions to improve the campus climate. Each of the articles in the document supported the Umoja Coalition’s stated mission of “transforming this institution into an inclusive, accessible, and safe environment for all Black students.”

Among other points, the coalition called on the faculty to increase its size and to reserve positions for Special Opportunity Hires to boost the number of tenure-track Black faculty, especially in STEM fields.

Giovanni Jones ’21, a sociology major from Hartford, was president of Trinity’s Student Government Association (SGA) and Men of Color Alliance ​(MOCA) when the Umoja Coalition was formed. He helped to draft the demands and worked with college administrators on developing them into actions. “Representation matters,” Jones says of the importance of hiring more faculty of color. “At a predominately white institution, students of color on campus may not have people to connect to, who understand our experiences, or who will call out microaggressions in the classroom. Everyone wants a voice and is deserving of one.”

Jones says the demands on the faculty were supported by research on the composition of the faculty, how professors are hired, and why they leave. “It was alarming to learn that there were only nine Black tenured faculty at the college,” Jones says. “We saw some holes in the faculty structure and wanted to address it head on. We didn’t want to just ask to add 10 faculty of color; we wanted to make sure they were permanent and on a tenure track.

The college adopted its SOH initiative in the 2020–21 academic year following further discussions about the plan’s details with Umoja Coalition members, faculty, staff, and administrators. It came at a time when higher education institutions across the country were using SOH initiatives and similar processes that offer speed and flexibility to achieve the goals of greater faculty diversity and an enhanced curriculum.

“This [initiative] was in direct response to the work of students who were part of the Umoja Coalition,” says Cardenas. “We wanted to respond to this national moment in a way that was not just incremental but that accelerated and prioritized diversity as a central value.”

Davis notes that the SOH initiative is aligned with the overall mission of the Office of Diversity, Equity, and Inclusion, which is to ensure that all members of the Trinity community feel included and have the resources and support they need to thrive. “A diverse faculty gives students evidence that they too can pursue—and excel in—a variety of roles on a college campus, regardless of their backgrounds,” Davis says.

Associate Professor of History and American Studies Scott Gac served as chair of the faculty’s Educational Policy Committee (EPC), with which all long-term faculty hiring originates, until his term ended on June 30. He says that the EPC has been working for years on ways to diversify Trinity’s faculty and curriculum and has embraced the recent drive to increase the speed of these efforts. “This bigger push doesn’t become available without the larger social context of the last year and a half,” Gac says. “A lot of things came together, like Trinity’s more diversified student body and concerns of race and equity in society writ large.”

What makes an SOH initiative different from the usual faculty hiring process, Gac says, is that it takes immediate advantage of opportunities to diversify the faculty by creating a new position to address a curricular area of need. “The EPC asks academic departments and programs for proposals, and there’s generally a specific person attached to each proposal,” Gac says. This process identifies long-standing excellence that exists in scholarly communities historically underrepresented at schools like Trinity.

The faculty also voted this year to change the Faculty Manual to eliminate the cap on the number of tenured or tenure-track faculty members. “Relative to its peers and size, Trinity has a small permanent faculty,” Gac says. “There was a hard cap of 165 tenured faculty that we couldn’t go above, which creates a problem in terms of increases in faculty diversity. An SOH measure doesn’t really work with a hard cap because there is an extremely limited number of faculty positions available.” While eliminating the faculty cap will allow for greater flexibility, including a larger number of diverse faculty members in the future, Gac says that the current SOH initiative does not represent an increase in the number of permanent faculty. “It uses available lines in the current 165 positions and fills them through the SOH process,” he says.

Gac, whose areas of research include American social reforms, racial activism, and slavery, says that the transformation underway is helping to balance a faculty that did not represent the racial makeup of the students or of the country. “With such a diverse student body in a diverse world, we’re moving Trinity into line with its environment,” he says. “This is part of a broader effort to be listening to as many voices as possible.”

Jones says that he has been pleased with the results of this initiative so far. “Higher education can be really slow, so I wasn’t expecting this to happen so fast,” he says. “I’ve always told myself I want to leave the place better than when I came into it. The fact that new students may not need to have some difficult experiences that I had my first year, that’s what matters to me. All of this work by the Umoja Coalition is done out of care and love for the school and wanting it to be better for the students.”

Davis adds, “It is essential that we not only recruit more diverse faculty and staff, but that we make efforts to create a campus climate to retain them.” To this end, the college has introduced hiring practices that integrate DEI training, a New Voices Cohort mentoring program for all new faculty, professional development opportunities focusing on issues of equity, and faculty and staff affinity groups.

In addition to the faculty’s recruitment efforts, their other ongoing work with the DEI office includes workshops on inclusive pedagogy and implementing the recommendations of a faculty-led Racial Justice Committee. Academic departments also are reexamining which texts to include in curricula and how to better engage with the Hartford community.

“Faculty should be as diverse as the students we teach and the world in which we live,” says Cardenas. “It is important that all students be taught by a diverse group of faculty. This includes students from historically underrepresented backgrounds, who should see themselves reflected in the faculty who teach and mentor them.”