Cornie Thornburgh ’80, retiring as board chair, plans to stay connected to college 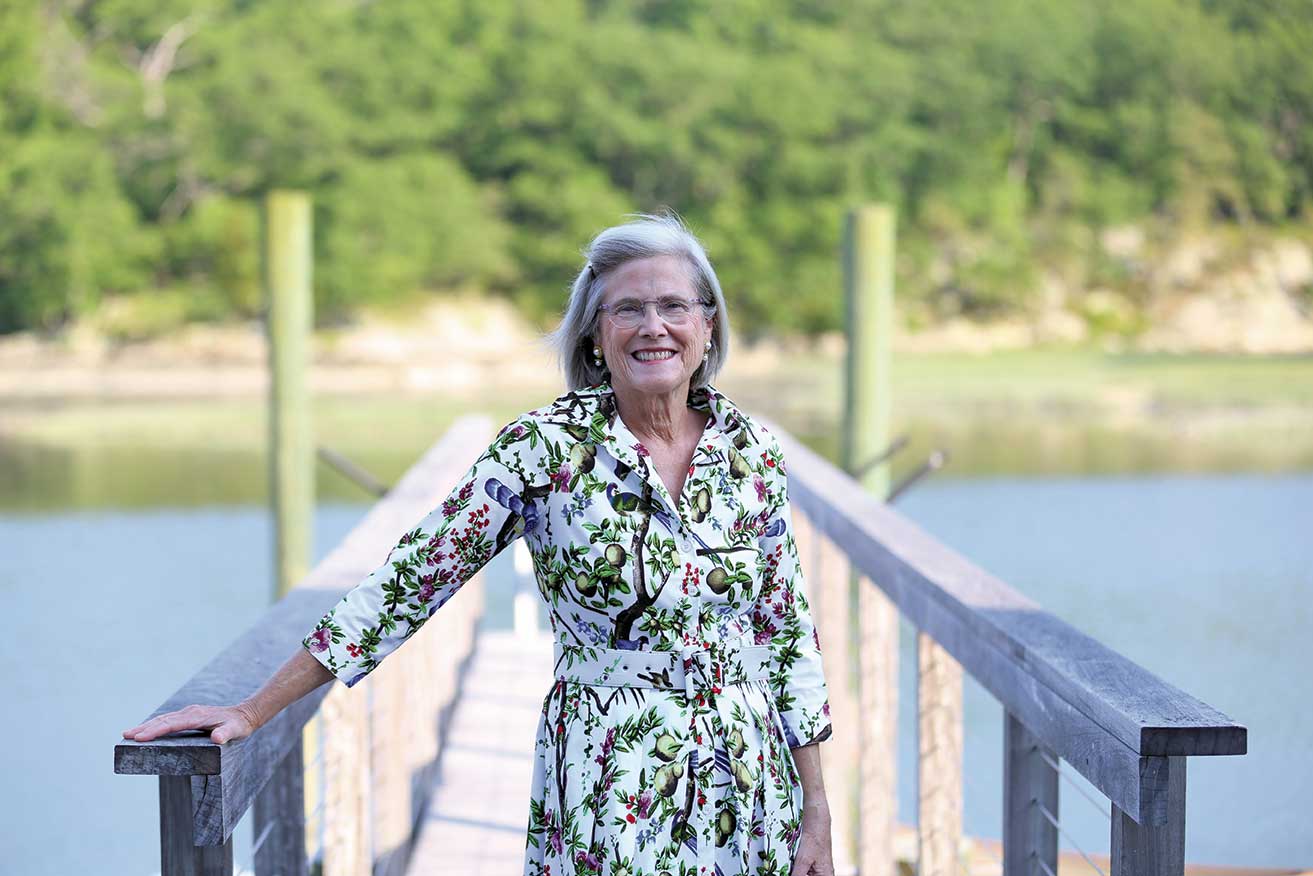 That’s how Cornelia Parsons “Cornie” Thornburgh ’80, who retired at the end of June from her seven-year tenure as chair of the Trinity College Board of Trustees, recently summed up her time in the role.

“We’ve had to be active, proactive, and reactive,” she says. From responding to social and political unrest, to celebrating the 50th anniversary of coeducation, weathering a pandemic, and beginning a comprehensive campaign, the work of college governance has been varied and challenging. Through it all, Thornburgh—who served on Trinity’s board for 17 years—focused on keeping the college moving forward while working to ensure that all perspectives were heard and that the community had an opportunity to contribute in meaningful ways to conversations about the college’s future.

Engaging others in the work of supporting the college has been a consistent theme of Thornburgh’s efforts. A founding member of the Women’s Leadership Council, she more recently helped to launch the Marjorie Butcher Circle for women’s philanthropy. But to her mind, her most significant accomplishment for Trinity was in convincing Joanne Berger-Sweeney to sign on as Trinity’s president in 2014.

“I am very proud of the fact that I was one of several people who worked to bring Joanne to Trinity,” Thornburgh says. “Under Joanne’s leadership, we’ve put the college in a position to confront the hurdles we will encounter as we enter our third century. We have dramatically increased our financial aid program, expanding access for a new generation of talented, inquisitive, and curious students. We’ve also recruited a strong and diverse board, and I’m so excited that Lisa Bisaccia [’78] has agreed to succeed me as chair.”

Berger-Sweeney, in turn, points to her partnership with Thornburgh as a key element of the college’s success. “Cornie is so dedicated, so savvy about people, and just an unfailing champion of Trinity College,” Berger-Sweeney says. “We could not have moved forward with our financial aid initiative without her support. Really, she’s just remarkably selfless.”

Thornburgh received similar praise from her predecessor as chair, Paul E. Raether ’68, P’93, ’96, ’01, H’14, who also credits her leadership in increasing the academic profile of the student body. “We were losing too many good students to other colleges and universities because they provided better financial aid,” Raether says, adding that the agenda set by the board under Thornburgh’s guidance helped to bring about change. “She’s done a fabulous job. … It’s a tough job, and the issues keep getting more and more complicated.”

Raether says he also feels that Thornburgh has set the college up for success upon her departure. “Part of doing a great job is making sure that your successor is the right person and will continue to provide strong leadership,” he says. “Cornie cares a lot about Trinity, just like I do. And, she’s invested a lot of time, energy, and dedication into finding her successor, just like I did.”

Thornburgh’s impact on Trinity has earned her the admiration of many in the college community, including her colleagues on the board. Trustees Kevin Maloney ’79, Sophie Bell Ayres ’77, P’12, Michael Kluger ’78, P’13, and Nina McNeely Diefenbach ’80, P’18 led an effort to build an endowed fund to support women’s leadership at the college in Thornburgh’s honor. “The idea of this fund fits Cornie’s interests and honors her legacy,” explains Maloney. “When this concept was explained to donors, they concurred, and the response was overwhelmingly positive.” That response, he added, was not unexpected. “Cornie brought out the best in her fellow trustees,” he notes.

Generosity to Trinity in Thornburgh’s honor was bolstered by her husband, Dick Thornburgh, who helped to rally family to raise funds to renovate and rename Vernon Social. Once complete, the refurbished building will be known as the Cornelia Parsons ’80 Center—or the Cornelia Center for short—and will be among the first buildings on campus named for a woman.

The Cornelia Center will be devoted to career and life design for students to plan their paths after Trinity. It’s a cause about which Thornburgh says she feels particularly passionate. She notes, “Part of this center is helping students learn about themselves—what is their gift, what is their passion—so when they leave Trinity, they will have the confidence to share those gifts with the world.”

While Thornburgh’s retirement from Trinity’s board will leave her with a little more free time, she plans to continue her commitment to another passion: working to end homelessness. She serves as chair of the board of The Lord’s Place, a nonprofit, non-secular organization in Palm Beach County, Florida, that aims to break the cycle of homelessness. With the looming eviction crisis exacerbated by the pandemic, she says, she anticipates this work will only be more urgent in years to come.

That does not mean, however, that she will lose touch with Trinity. She intends to remain active as a member of the Comprehensive Campaign Committee. She also says she’s confident that Bisaccia will continue the college’s legacy of strong board leadership. “She’s so talented,” says Thornburgh. “She has my phone number, but she’s more than capable of finding her way.”

The admiration seems mutual. “The partnership that developed between Cornie and Joanne will be remembered as pivotal in the evolution of the college as we approach our third century,” says Bisaccia, adding a sentiment that she learned from Cornie while working together on the board: “Everyone in our community has special and unique talents. We need all of them, and we are fortunate that these talented people are choosing to share their gifts with Trinity.”