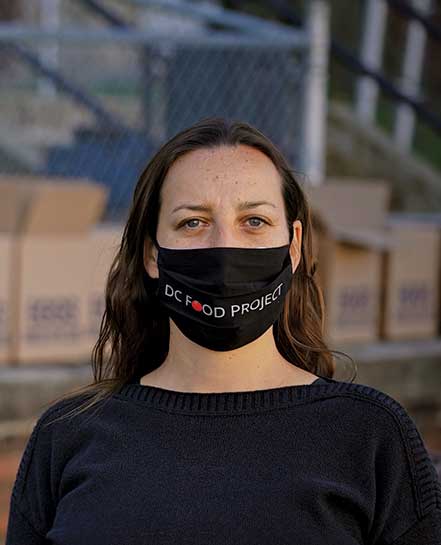 FAVORITE TRINITY MEMORY: Well, I met my husband, Ramsey Baghdadi ’00, so that’s a pretty big start! I met some of my best friends to this day. That infamous fall of 1996, we all landed in Jones. Our freshman year … can I say that freshman year was my favorite Trinity memory?

What have you enjoyed most about your work in tech? After graduating from Trinity, I settled in Washington, D.C. My first job was working at washingtonpost.com, establishing the online presence of The Washington Post. These were the good old days, when our job was to get readers online and election results were still tracked by coloring U.S. maps with markers (at the end of election night November 7, 2000, Florida was a purple-brown mess). Google, Facebook, and mobile were not even on the radar. These were incredible days to work in the dot-com industry, learning and building as we went, gauging what worked and what didn’t, creating a platform that was completely new and would ultimately reinvent so much of our lives.

I quickly developed a passion around journalism, technology, and how people accessed information. This would lay the foundation of years in the sector where I eventually launched my own business, Crumbdrop, a technology platform that generates instant animated slideshows. I co-founded Crumbdrop in 2012 with my husband and our classmate Christian Allen ’00, my husband’s former roommate at Trinity. We brainstormed around where the internet was heading—and where it hadn’t been yet. Twitter and Instagram at that point were great ways to tell stories, but the question remained around how to tie those stories together to create a deeper context and what would be the business plan behind it. We would spend hours iterating, drawing on my then 2-year-old’s whiteboard, and eventually built and launched an app in the App Store—no easy feat—while learning how to raise money. Those years could have served as my own master’s, navigating the investor and tech worlds as a woman, learning, and, as any entrepreneur would appreciate, pivoting a lot along the way. Crumbdrop landed in the online travel sector, in a partnership with Bébé Voyage, a website and community for traveling parents where we built virtual slideshows, or “trails,” offering a fresh local perspective on a city.

What is the DC Food Project, and what is your role in it? More recently and as my children have grown, I have found myself going back to some of my roots, peeling layers from an incident I came across at my children’s school: A peer of theirs was hungry, went home hungry, and came back to school hungry, and I thought, “Why?” What can be done to help this student, this second-grader? What is being done for so many kids in this city who are deemed “food insecure”? It quickly became apparent that more could be done, and I dove in. With two other amazing women by my side, mothers like me, I launched DC Food Project, a nonprofit aimed at reducing food waste in schools while improving weekend access to healthy food for students in D.C.

What are the biggest challenges the nonprofit faces because of the pandemic? When COVID-19 hit, it quickly became clear that it was no longer a matter of scaling our program; it was a matter of addressing the immediate need that took place as schools shut down. We launched an Emergency Weekend Bag Program, and from the few dozen families we had been feeding, we began to fill hundreds of bags of food, and then thousands. Since March, DC Food Project has delivered more than 700,000 meals to families in need, or to put it in perspective, more than 100,000 pounds of food.

The harsh reality is that pre-COVID, Washington, D.C., had one of the highest rates of food insecurity, with one in five children deemed as food insecure (it’s one in six nationally). It is estimated that food insecurity rates in D.C. almost doubled between February and May 2020, making this city one of the most impacted across the country. Our greatest worry is seeing the demand growing and the funding dwindling—there is no cavalry on the way. Federal and local agencies are beginning to shut down their operations, leaning on nonprofits such as ours. School administrators, while attempting to focus on how to most safely reopen schools, are perhaps even more concerned about how these families will survive. I always say we have the opportunity to help, so we should.

What were your most memorable academic experiences at Trinity? In looking back at my time at Trinity and having had the opportunity to create my own major, I realize now that so many of the courses I chose as an 18-year-old have come to be some of the greatest foundations toward the work I am doing today. Trinity also took me to South Africa, as one of the first groups (all three of us!) to attend University of Cape Town. I volunteered in a township during my time there, mentoring children, in the end learning more from them than they probably did from me.