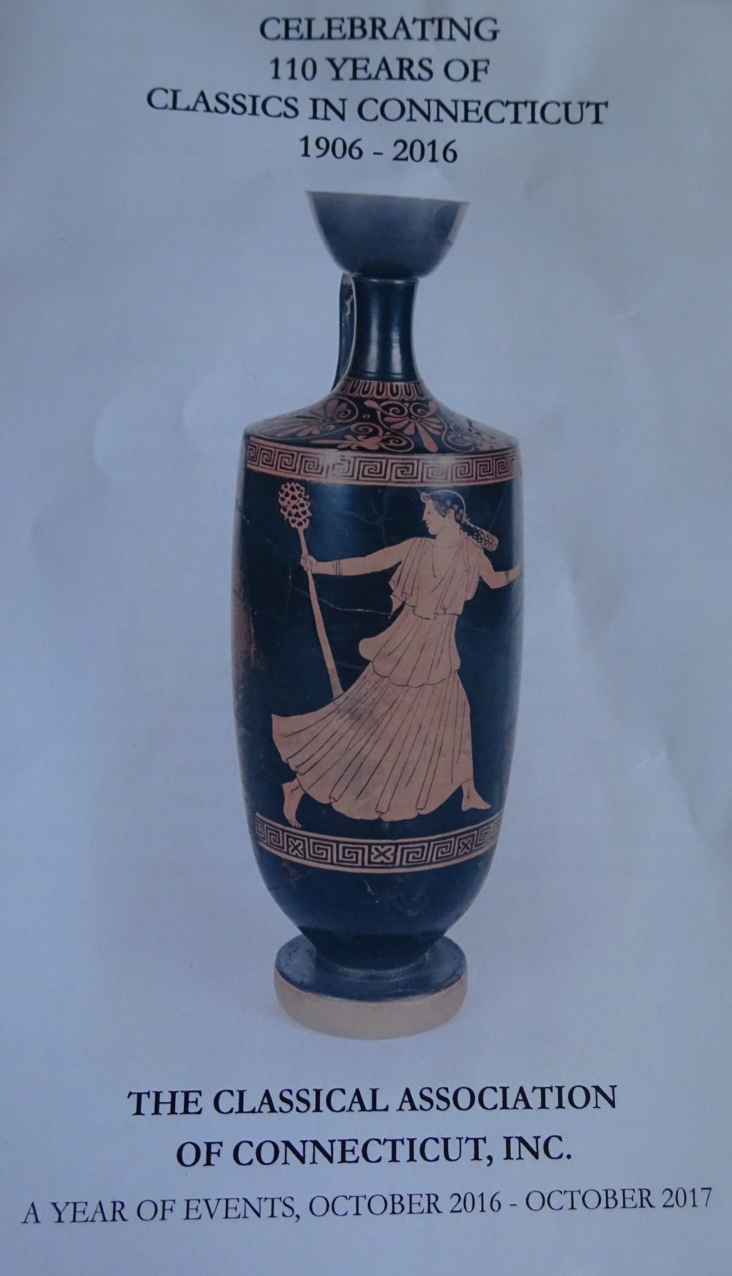 On Saturday April 8th 2017 the Classical Association of Connecticut (http://classconn.org/) held a saeclum event at the Wadsworth Atheneum museum in downtown Hartford. To celebrate 110 years as an organization in the state, ClassConn convened at the museum for two presentations by Trinity faculty, followed by a perusal of the museum, and a reception. ClassConn counts as its members high school Classics teachers as well as university professors.

The first presentation was by Visiting Assistant Professor of History at Trinity, Dr. Lauren Caldwell. Dr. Caldwell employed her expertise in ancient Roman domestic life to elucidate four sections of painting that come from what she conjectured was the same villa in Italy. The scenes included one of nature scenes (ducks swimming and a fish swimming) and one of cupids. Dr. Caldwell speculated about the (unknown) placement of these paintings in the house, their audiences, and significance. 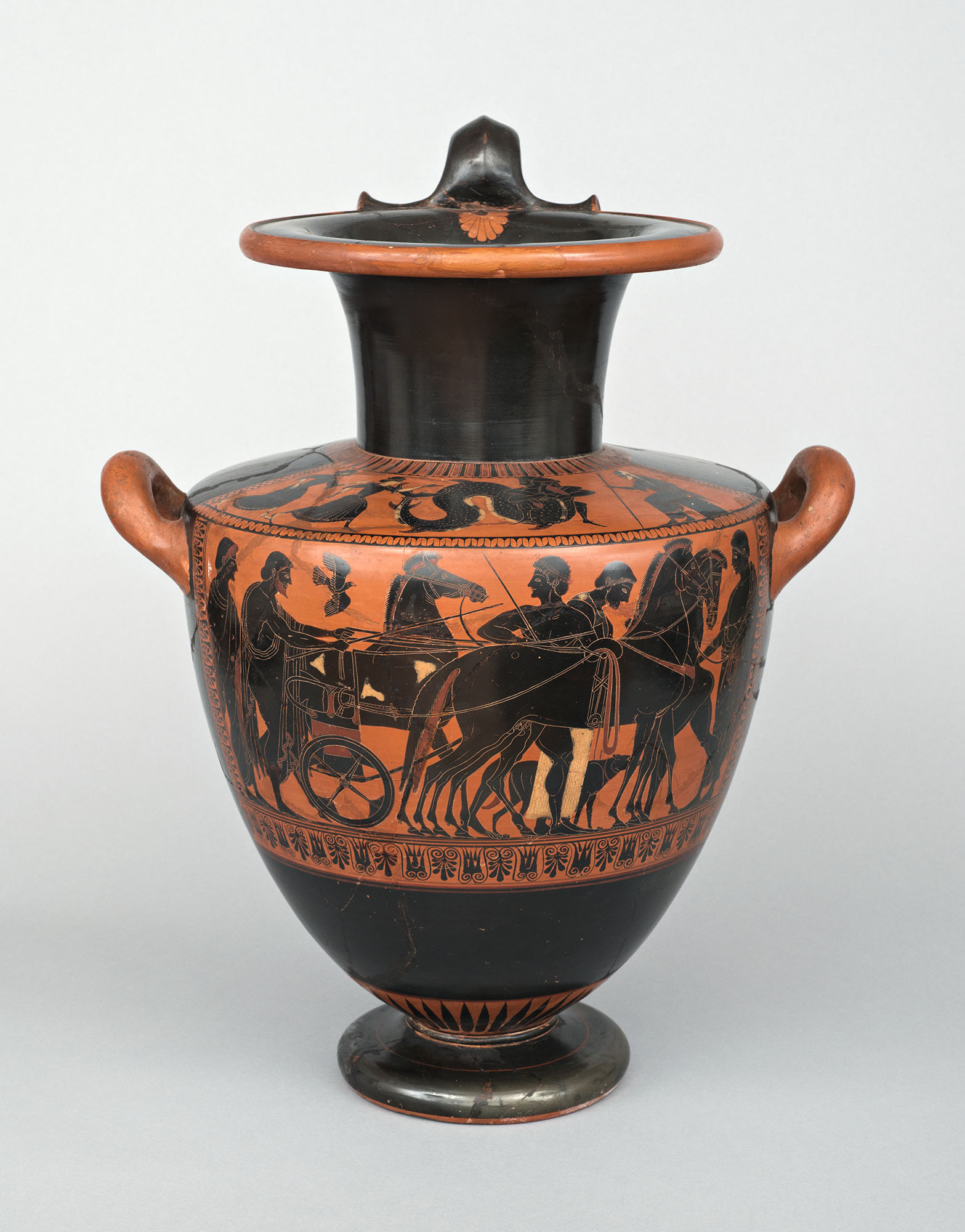 The second presentation was by Assistant Professor of Classics at Trinity, Dr. Vince Tomasso. Hespoke about the reception of the figure Heracles, or Hercules as he’s most well-known in 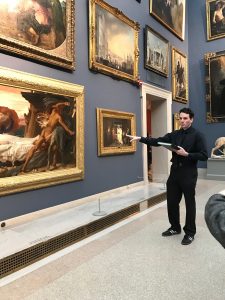 modern cultures. Linking a fifth-century BC Greek vase, a fourth-century BC Etruscan figurine, and a late nineteenth century painting of Hercules wrestling the god Death, Dr. Tomasso explained how Hercules’ meanings transformed in the different cultures that appropriated his image.

Trinity’s Classics Club made quite a showing as well and impressed other ClassConn attendees. 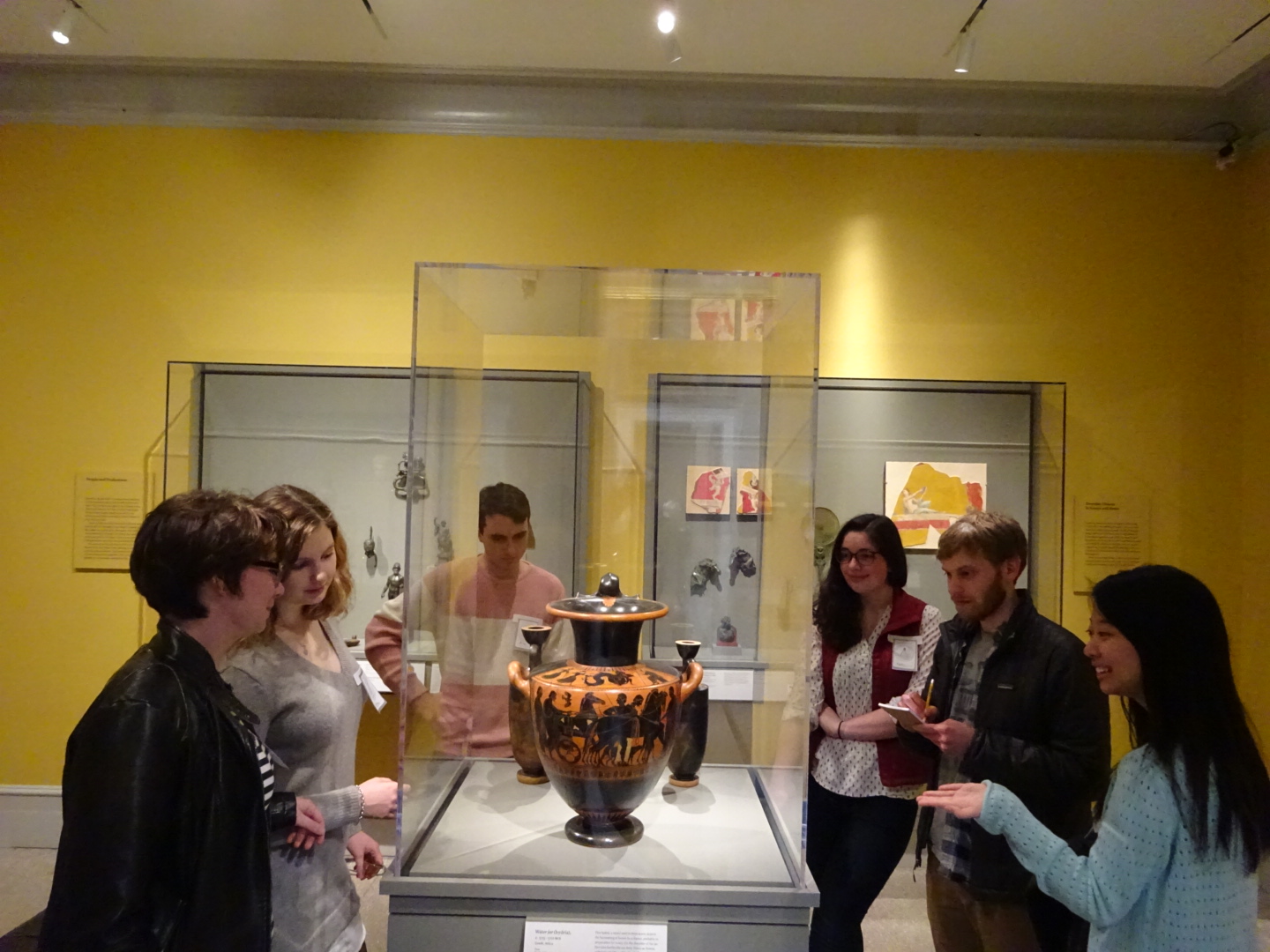 Dr. Janna Israel, the Adult and Academic Programs Manager at the Wadsworth, and Geraldine Kuenkler, longtime member of ClassConn, coordinated the tour, which is part of a year-long series of events celebrating the organization’s anniversary. For more information about the Classical Association of Connecticut, including membership, grants, and upcoming events, check out http://classconn.org. For images of Greek and Roman antiquities in the Wadsworth’s permanent collection, see https://thewadsworth.org/collection/.