Have a question, comment, or concern about the Hartford Public Schools and City of Hartford (CT) education budget?

Update: On Wednesday, May 4, 2016, there will be a meeting where the City Council and the Hartford Board of Education speak on the proposed budget. (Here are the other meetings for City Council.) The final budget vote will happen on Tuesday, May 17 at 5:30 p.m. at Naylor Elementary School on 639 Franklin Avenue.

On May 3, 2016, there was a budget hearing for public comment on the Hartford Public Schools recommended budget for the 2016-17 school year. The hearing started at 5:30 p.m. at the M.D. Fox Elementary School at 470 Maple Avenue in the city’s Barry Square/South End neighborhood.

Update: It was a brutal board of education public hearing on the budget. Speakers were very frustrated for a variety of reasons: lack of resources & funds, layoffs, school closures, & lack of responsiveness. The Hartford Courant account is here and the video of the public hearing on May 3, 2016 is here.

You can read the recommend budget here and check out the resource links below. You can also send me or post a question about the budget on this site.

The news is not good. The HPS Superintendent has proposed severe cuts to the school budget: a total cut of 235.8 full-time positions. (A list of cuts by people’s positions with the schools is below.)

So what’s my take?  “Arbitrary austerity” makes planning budgets on the ground level very difficult, but a few other things are happening at the same time: 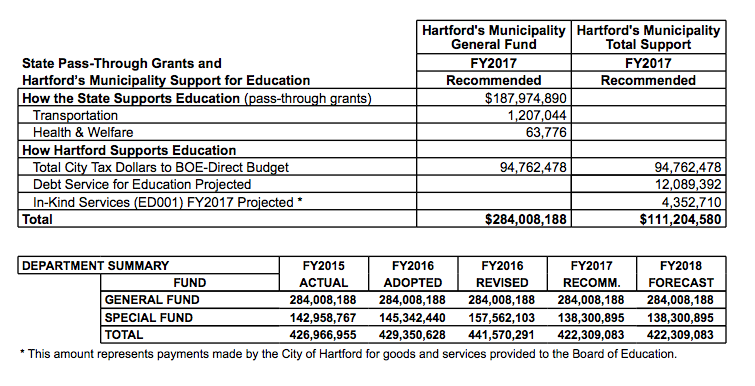 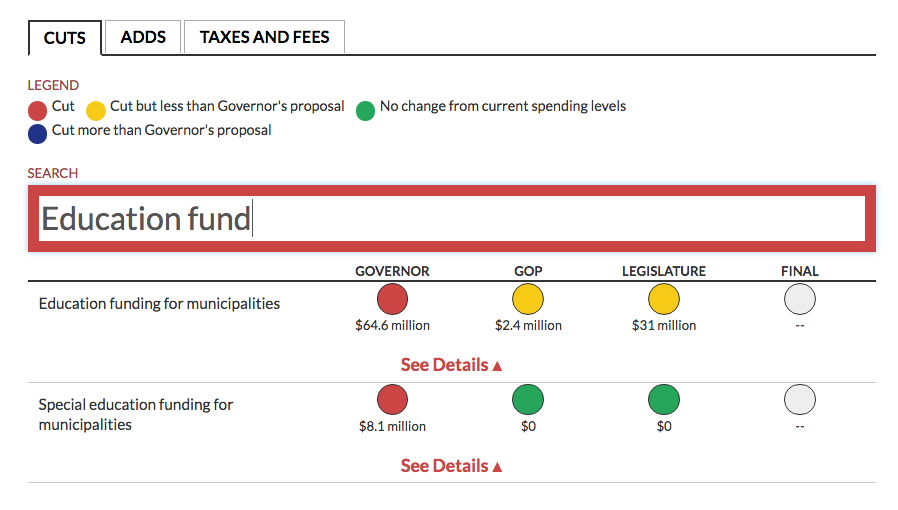 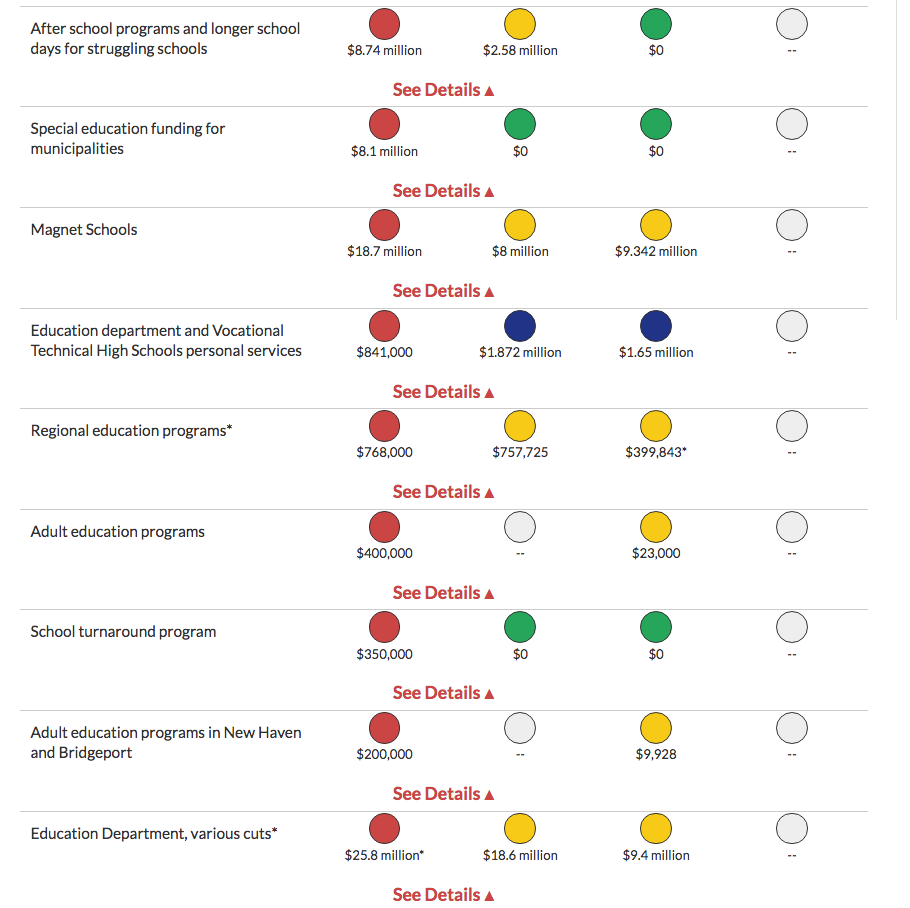 A Conversation on SBB School Funding in Hartford, by Robert Cotto

Budget Tracker, What’s on the Table So Far, CT Mirror.

Impact of the Governor’s, Republican, Democratic, Proposed FY17 Budget on Children and Families, by CT Voices for Children.

How the Proposed Budget Cuts Affect Your Town, by Matthew Kauffman, The Hartford Courant.