HARTFORD, CT- On Wednesday, February 15, 2012 at 2:00pm the Connecticut General Assembly Education Committee held one of their bi-weekly meetings at the Connecticut State Capitol and Legislative Office Building (LOB).

The meeting was briefly introduced by Co-Chair Andrew Fleischmann and Co-Chair Andrea Stillman where they spoke of future plans for the Education Committee meetings as they move forward in the next few months with the discussion of Governor Malloy’s monumental education reform package. One of the first questions raised was in regards to providing relief for consistently high performing districts in regards to the mandates that have been placed upon them by the state. Fleischmann stated that this topic was to be discussed on Tuesday, February 21st, but that for these high performing districts red tape reduction is a priority.

In discussing education reform, the term “red tape” is frequently mentioned, especially in how government officials want to reduce red tape. However, before one can understand why the reduction of red tape is important, it is important to be aware of what red tape refers to. In regards to education, red tape is unnecessary regulation to formal rules that prevents active decision-making. Frequently, red tape hinders the growth of schools, as well as with job creation for teachers and the government’s ability to provide efficient services to schools. If red tape is not reduced it can lead to inefficiencies, inflexible regulations, and lengthy delays in processing. To maintain the high standards that Governor Malloy sets in his bill, red tape must be reduced.

Governor Malloy’s red tape reduction proposal involves reforms the Education Committee plans to discuss in the coming weeks. The proposal suggests the reduction of state control on schools due to the restrictions their mandates and regulations create on teachers. Malloy states that, “our state’s school districts should be focused on raising student achievement and preparing our students for success in college and in a career, not on navigating overly burdensome state policies.” The proposal to reduce red tape will be implemented in two phases. The first phase focusing on both the quality and certification of teachers as well as easing data reporting requirements. The second phase will consist of forming a seven-member “Red Tape Review and Removal Taskforce.” This taskforce will gain input from the people red tape is effecting the most including, teachers, superintendents, and parents, in order to determine solutions to certain unnecessary mandates and regulations placed on schools by the state.

Overall, the organization of the meeting was direct in its agenda, showing exactly what topics were going to be covered in the meeting and what committee concepts were going to be raised. To begin the meeting Co-Chair Fleischmann addressed the short agenda as being brief “because the primary focus is on education reform and spending a lot of time on the 160 page bill that the Governor presented” in future meetings. Nevertheless, Fleischman did make a few brief remarks to the concepts of the meeting when questions were addressed to him from members of the Education Committee. One Committee member questioned whether the inclusion of CPR and AED training, the inclusion of labor history, and the inclusion of personal financial management in the public school curriculum were going to be mandatory for high schools in Connecticut. Fleischmann was able to inform this member that though one day he has hopes of being voted on to become mandatory, as of now these concepts can be voluntarily added to the public school curriculum.

The question and answer period was brief, but it was followed by the most remarkable part of the meeting. When Co-Chair Fleischmann asked the committee whether it wanted to raise each concept, the committee was in unanimous agreement for every one.

In regards to future Education Committee meetings in the coming week, Fleischmann provided the committee with a brief agenda. Tuesday, February 21st, will be “policy day” and the discussion will include topics such as, teachers, certification, performance evaluation, recruitment of teachers, professional development, and any other topics that do not involve finance. Wednesday, February 22nd, will discuss finance, funding of charter and magnet schools, charts and accounts, ECS and all other related topics that contain a nexus with finance. 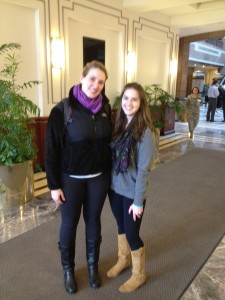 A special thanks to Mark Noon the Supervisor of Operations for the State Department of Education for providing us with parking and directions to the LOB.

One thought on “Unanimous Agreement on Reducing Red Tape”