Fair Housing and the Achievement Gap
How one can not be accomplished without the other.

HARTFORD – In an unsuspecting building on Lawrence Street, housing and education experts, professionals, and scholars came together today to discuss and pose solutions to a crisis shaping Connecticut’s public education system; how can we achieve equitable public education without equitable housing? The Partnership for Strong Communities, (PSC), hosted the open forum, at the Lyceum Center, to facilitate a forum entitled Connecticut’s Achievement Gap: How Housing Can Help Close It, and the turn out of was impressive.

The conference room was buzzing with energy and excitement from the moment the reception began. Education and housing professionals alike were sharing theories on how to improve our current public school achievement gaps via housing in the beautiful and recently remolded space at the Lyceum Center, which is funded by The Melville Trust. Sadly, the excitement waned quickly, when the unenthusiastic Executive Director of Partnership for Strong Communities, Howard Rifkin quietly opened the forum. A forum that was bringing together two topics rarely discussed in unison. A forum supported by shocking statistics reported in a policy brief by the PSC, including that “824 children were homeless on a single night in January 2011 in Connecticut”. A forum calling urgency to the obvious crisis for the children of the state, and their educators. A forum that was disorganized, littered with inequality, and quietly introduced. 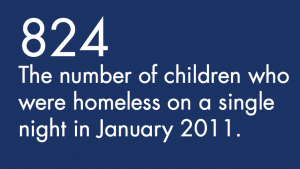 The forum agenda included two panel discussions and an address from CT Commissioner of Education Stefan Pryor. The first panel included Susan Eaton, Research Director at Harvard Law School and author of The Children of Room E4, and Heather Schwartz, Policy Researcher, RAND Corporation. Schwartz polled the audience to assess how many individuals worked in housing and how many worked for in education. The response was about fifty-fifty; indicating the rarity of the inclusion and intersection of professionals in the room. While the interests of the audience were divided, even greater divides were present on stage. Both women, Eaton and Schwartz, were seated lower to the ground than facilitator Shelby Mertes, policy analyst at PSC, who was seated in a much taller stool, with his body perpendicular to the audience. Mertes spoke down at the women as they gave their expert opinions, and forcefully pushed the conversation along while inserting many of his own opinions into his questions.

Eaton spoke confidently and knowledgeably about the history of neighborhood schools in Connecticut, dating back to the 1920’s. Schwartz, gave an eye-opening summary of her research in Montgomery County, Maryland. She researched for seven years about achievement gaps in state testing of students in public housing in both “moderate” poverty neighborhoods as well as “low” poverty neighborhoods. Figures from her study show that “after two years in the district, children in public housing performed equally on standardized math tests regardless of the poverty level of the school they attended” – Heather Schwartz

After receiving applause from the audience for her explanation of research that defied the odds of student achievement, Mertes sarcastically poked at Schwartz asking, “how did Montgomery County do it then?” The confidence of intellect radiated off of Schwartz as she explained her study, again. Schwartz lost her train of thought during her explanation more than likely due to the conversation Mertes was having with David Fink on stage, while Schwartz was speaking. Mertes’s body language and tone left audiences wondering; does the policy analyst of PSC believe that fair housing can eradicate the achievement gap? If not where do we go from here?

The address of Education Commission Stephan Pryor separated the two panels. Energetically he bellowed to the audience that “housing and education are inextricably intertwined.” As our impassioned Commissioner of Education refueled the crowd, our host, Mertes, remained on stage. Followed by Pryor’s uplifting segment, the second panel including four working education professionals took the stage; two public school principals, a city superintendent, and a member of the CT Board of Education. They energetically put the conversation of race and money on the table. Gary Highsmith a high school principal, said in response to current education reform, “we can not make back bones out of wish bones.” Allan Taylor, Chairperson of the CT State Board of Education challenged school transportation costs in CT remarking that the Connecticut Regional Education Council spends $6,000 dollars a year per child, busing students away from their neighborhoods. This means that $72,000 dollars is spent in the school life of a child before they even arrive at school. This panel called for accountability and assigned concrete expenditures to unequal housing, and unequal education in Connecticut.

The forum closed with an opportunity for the audience to ask all experts from both panels any questions. Again, a divide was witnessed. This time between expert scholars, who were white females, and the second panel of education professionals. The females sat above and behind the professionals in a fashion that would be similar of a test proctor looking down at a class. A further separation of subject was even more evident when Shwarts asked the professionals about the inclusion of Advanced Placement Courses and Baccalaureate programs in high schools. Not only did the experts have to strain to turn around to answer Shwarts, it was painfully obvious that these two groups rarely engage each other.

With greater frequency one can hope these conversations will improve. No concrete solutions were provided for audience, scholar, or expert, and towards the end a circling of conversation began to develop in the room. In a state where the crisis has been identified as owning the largest achievement gap between non-low-income and low-income students in the nation, one might anticipate a greater call for rally when discussing the very barriers that prevent eradicating the crisis.

Ashley Ardinger is a senior at Trinity College majoring in Educational Studies with a minor in music.  She plans to continue working in the field of education and is currently applying to graduate programs for her Masters and teacher certification in special/bilingual education.  In her spare time, Ashley is the director of Trinity’s oldest a capella group, The Trinity Pipes.

One thought on “Quietly Announcing A Crisis”