A meeting in the Hartford’s beautiful Legislative Office Building is an experience that all college students should have the opportunity to sit in on. On the second floor of the beautifully designed building (see image below), the education committee meets quite often, and brings in a large crowd of children, parents, and college students (see image at bottom of page). 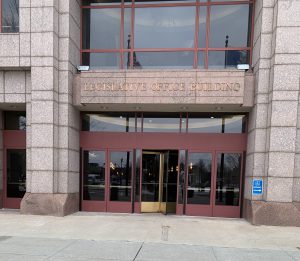 On February 22, the agenda of the meeting seemed packed (click here for access), yet what stuck out the most to me was how much I have taken for granted from my own rather privileged education in Texas. A large amount of debate and concern was expressed specifically over providing students with an education that will help them succeed in their college years and providing them with a safe environment.

Dr. Dianna Wentzel, the commissioner of the department of Education, was among the first to speak and summarized a multitude of bills that were to be discussed in the meeting. An overwhelming theme in much of what Dr. Wentzel discussed was how “the department was generally supportive of this [these] proposal [s]”, however, discussed the limited capacity and financial restrictions on bringing forth additional post-12th grade programs. The department stated the inability to research the effects of  local “early college and dual enrollment programs” on calculating GPA and class rank. Currently, however, she discussed how funding for what classes already exist are covered at the local level and how strides are being made to make testing more available to those that are on reduced or free school lunches. Additionally, despite many individuals claiming that early college programs are insignificant, Wentzel does point out the many “opportunities throughout the state.” including CCP programs that connect with community colleges, ECE (early college experience) with UConn, and AP classes. Having these opportunities for students is definitely exciting, as I was not offered them on the scale of many Hartford students. However, despite the minimal exposure I had, I know that such programs were exceedingly important in making the transition from high school to college. Additionally, as a first generation student, it’s important to know that these programs reduce the number of students that are accepted over the summer and don’t show up in August and those that drop out after a semester, by actually having them on campus and being exposed to the college community.

Many representatives and families also wished for a pilot program that includes “personal financial management in the public school curriculum,”  Wentzel states that the resources needed are not available and that “curriculum standards…for financial literacy that cover topics including banking, savings and investments, credit and debt,” and other relevant topics are already in place. Senator McCroy was quick to respond to this by stating that such programs are not required by many school districts, and how he finds it “important for us to make sure that the children that leave the State of Connecticut are equipped with some baseline knowledge of finances and how to budget and how to prepare for the future.” He stated that it was important for “this committee to set policy, and we’ll deal with the money later.”

Other topics that were significant included how students are still exposed to certain the unsafe environments including water that may be polluted with lead. Wentzel firmly believes that “tests on drinking water should not be a responsibility of local and regional boards of education as it is a public health function.” Considering the severity of the issue, however, many representatives pushed back by placing the blame on the district. Being a student that plans on majoring in psychology, I was also excited to hear that the board is concerned with providing support to children who are victims of trauma, and therefore not classified under students in need of special education. Although it is not required for the districts to provide this help, many are still investing into programs and training new and old teachers according. There are still, many strides that are to be made including making such a program mandatory and designating some part of the budget for it. 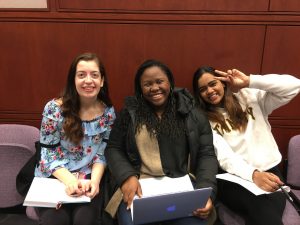