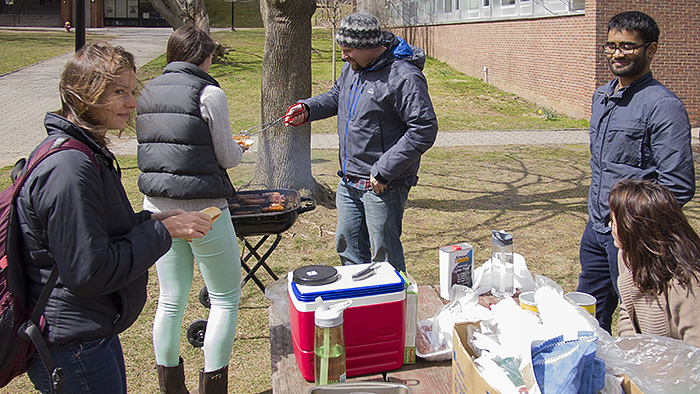 A little bit of wind and rather frigid temps is not enough to deter us!

Despite rather cold and windy conditions we had our first McCookout in its new location. Construction continued on the other side of McCook Hall, so the folks at Aramark were nice enough to put a picnic table next to the McCook parking lot and we were good to go. Jon  lit the first fire of the season, Christoph brought an apple pie and a bunch of sausages, Sarah brought some mystery dessert (see below), and Joan contributed – you guessed it – veggie burgers. The top contribution came from our freshmen: candy canes and an assortment of other goodies. Maybe the start of a new McCookout tradition. 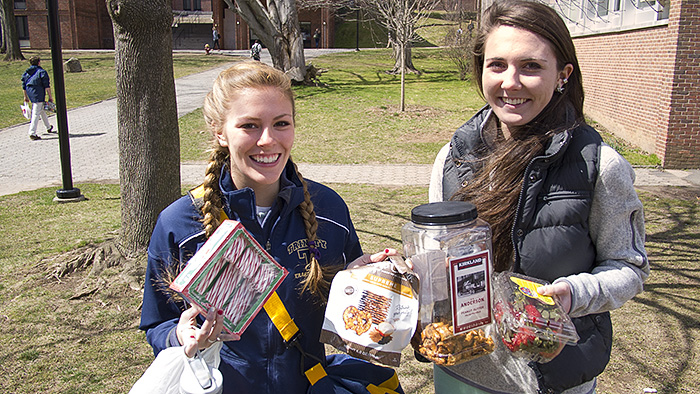 Despite the frigid temperatures we had a blast and are looking forward to next Tuesday. 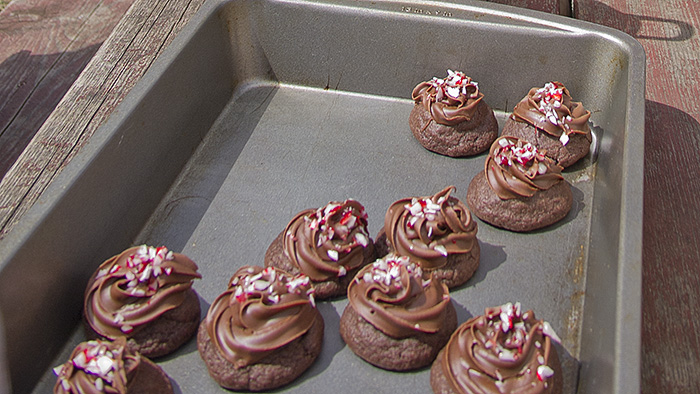 I am not sure what Sarah brought - but it was goooood! (chocolate somethings, I guess)