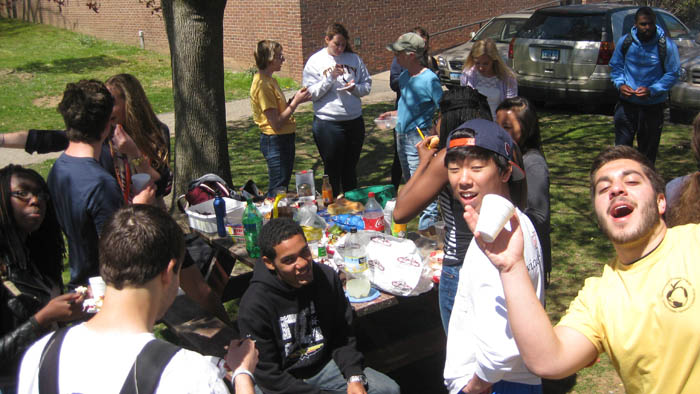 Promises of dinosaur cake, lots of food, the new ENVS T-shirts and a cheese cake drew record crowds to this week’s McCookout. Some ENVS 149 students chose to take the third (optional) exam while most others joined the party early. Jon excelled in cooking up brats and hamburgers (including the meatless kind), and the rest of us excelled in eating them as fast as they came off the grill. 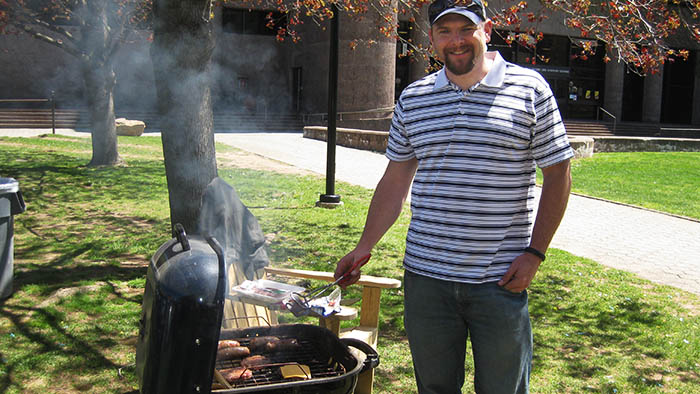 Jon cooking up burgers and brats.

Dr.Gray added to the celebration by providing leftover sparklers from her environmental chemistry class where they were (supposedly) used for some science experiment. Turns out that even some measly sparklers provide a lot of excitement if you ignite them five at a time… 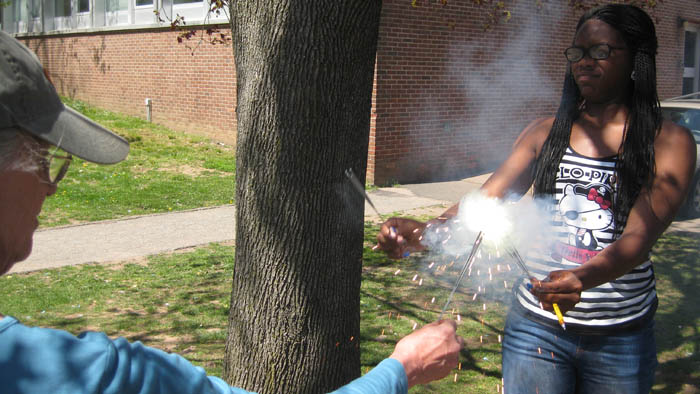