This Friday Trinity’s Environmental Science Program hosted the 5th annual meeting of the Geological Society of Connecticut. The well-attended meeting began with a field trip to some nearby rock outcrops led by Jon Gourley and Randy Steinen, and continued with a reception in the Academic Club. 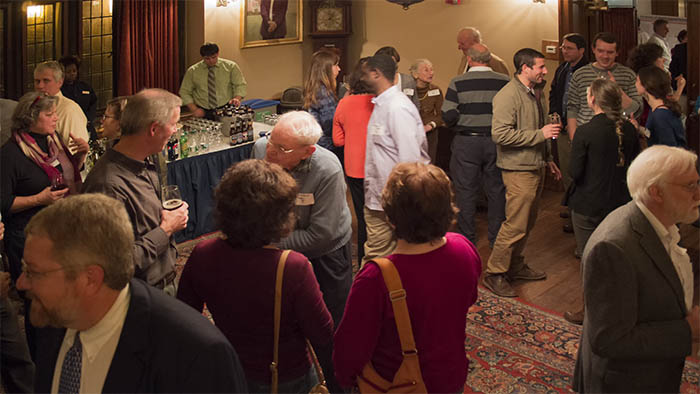 Dinner was served buffet style in Hamlin Hall and was a great success. Our guests were amazed by our old dining Hall and repeatedly inquired about the next Quidditch match. Jon and I assured them that we usually fly to class on our broomsticks. :-) 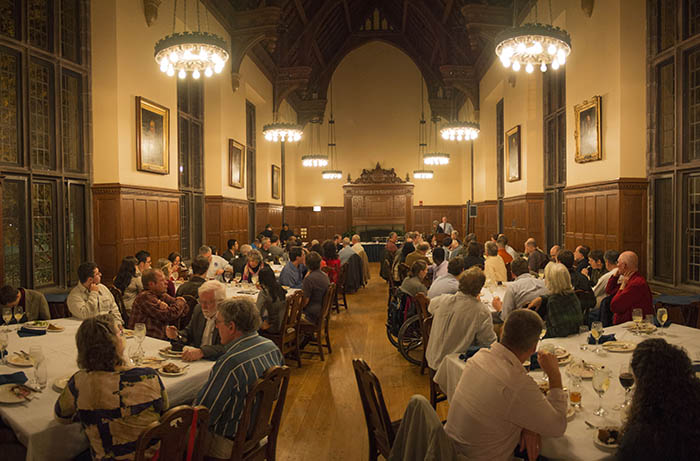 The big surprise of the meeting came early on. Some of you may know that, long, long, long ago Trinity used to have a Geology Department, housed in Boardman Hall (formerly located between Mather Hall and Austin Arts). Before moving across the country to San Diego, Richard W. Berry, taught Geology at Trinity. Dick shared a few stories from the past, recalled Trinity’s first X-ray diffractometer and marveled about our spaces in McCook. Now retired, he moved back to Connecticut  and I hope we’ll see more of him on campus in the future. 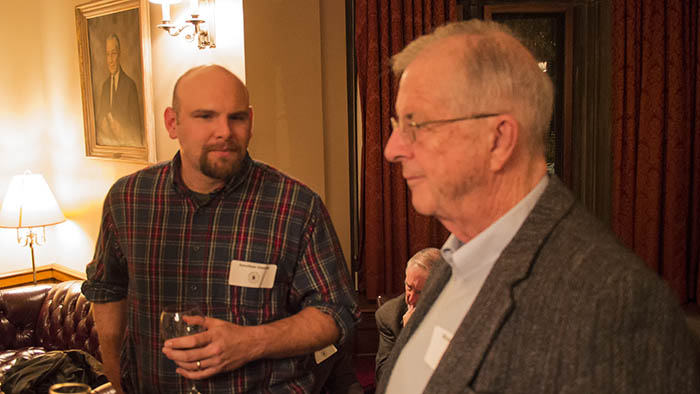 After a rather brief business meeting we all moved to McCook Auditorium, where we enjoyed a lecture by Dr. Greg Walsh from the USGS on the rather complicated metamorphic rocks of western Connecticut. 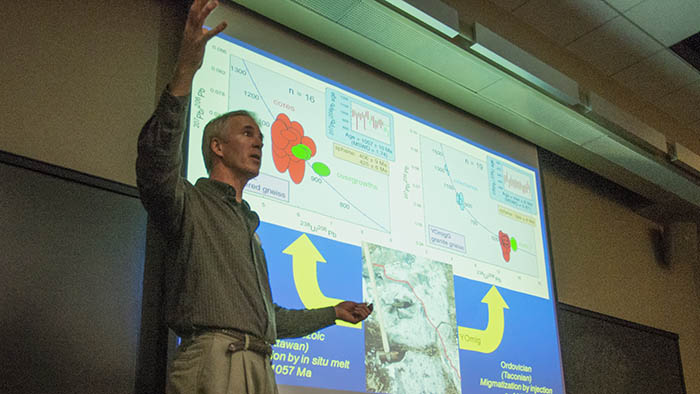 Thanks to the outstanding work of our Calendar Office (Thanks Christine for putting up with me!) and Chartwell’s the meeting was  a big success. It was also a lot of fun, and I am looking forward to the society’s spring field trip and next year’s meeting.