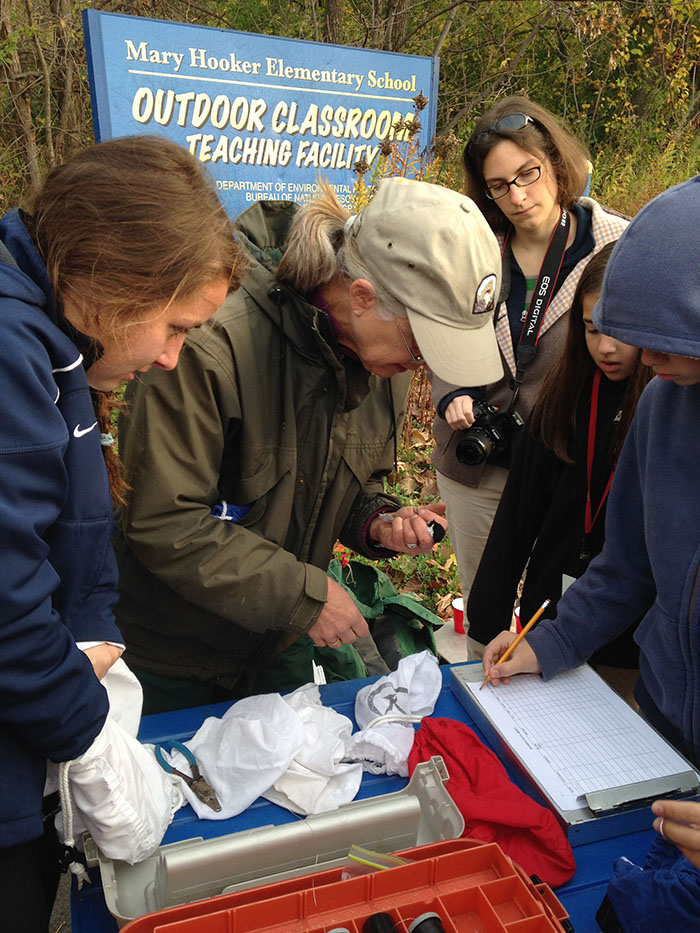 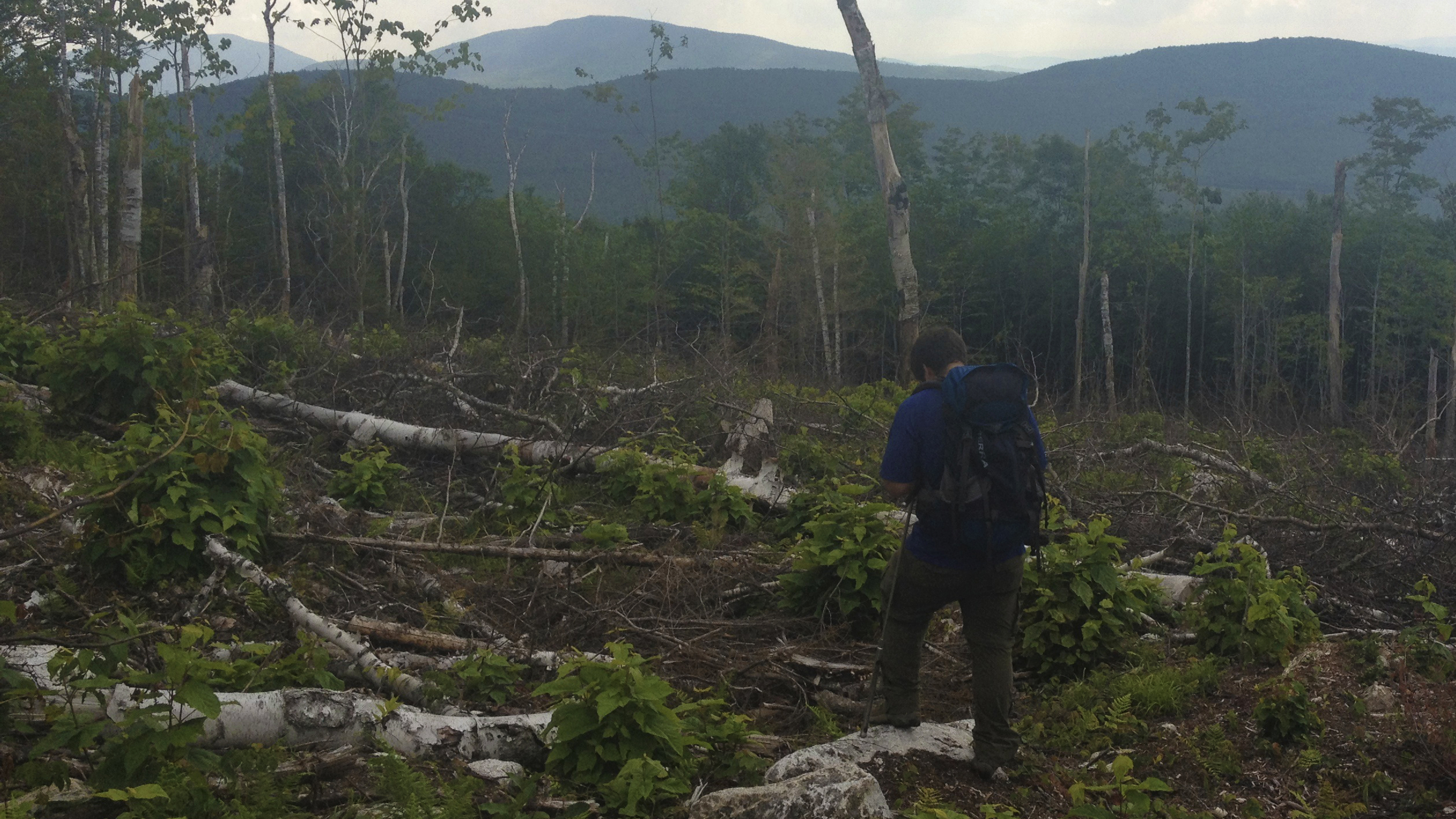 Justin in the White Mountains

White Mountain National Forest clear-cut soils project
Jon Gourley and his research students entered year two of monitoring soils in the White Mountains of New Hampshire after clear-cutting.  Two of the three sites have now been completely cut with hopefully the third cleared by this fall.   Justin Beslity and Daniel Hong (both thesis students of the class of ’15) travelled to the Hogsback site on the western slopes of Blueberry Mountain and found what was once a thick transitional forest of birch, beach, spruce and fir to be completely cleared (see photo).  Samples from the O and B horizons were taken and are currently being processed for nutrients as well as mercury.  The team’s site on the eastern side of the forest in Maine, which was the first to be cut last fall, has the first set of pre and post cut results.  They recorded  some slight decreases in calcium and aluminum, two critical soil nutrients for new forest growth.