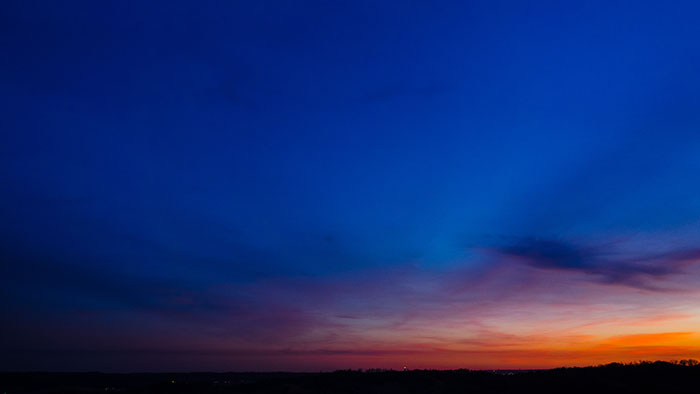 Now, that’s a sky worth traveling for.

While many of you got roasted on the beach, Christoph took his field training to study wildfires and become a wildland firefighter. The training started out pretty benign. The class learned about equipment (expensive!), life on the fireline and in fire camp (dirty – no showers for a week), and how to use the various hand tools. The highlight of the morning was a fire shelter exercise: Christoph and his fellow firefighter rookies had exactly 30 seconds to unpack a fire shelter, climb into it and drop to the ground (feet to the assumed fire). The exercise was fun, the re-folding of the practice shelters less so. They seemed to get bigger after every drill. 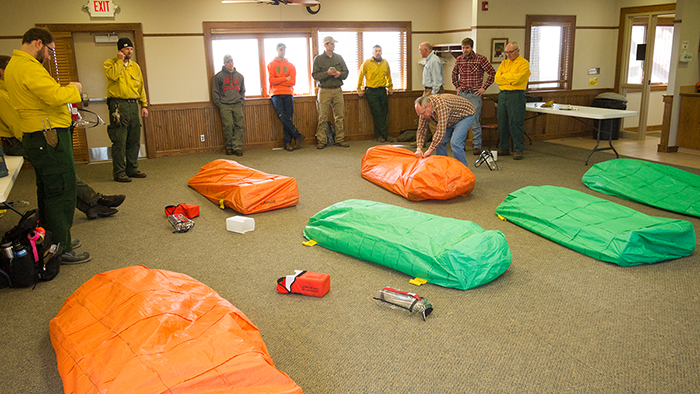 Yep, that’s the class under practice fire shelters. The real thing is made of some space-age fiberglass-aluminum composite, weighs a ton and costs even more. We were only allowed to play with the practice version. The guy in the flannel shirt shakes every shelter to simulate the fierce winds to be expected during a fire storm.

The afternoon was spent on fire fighting tactics and safety (Always keep an eye out for your safety zone and establish a solid anchor point!). The class also got to spray some water as they learned about the ins- and outs of fire engines, hose lays and various nozzles. 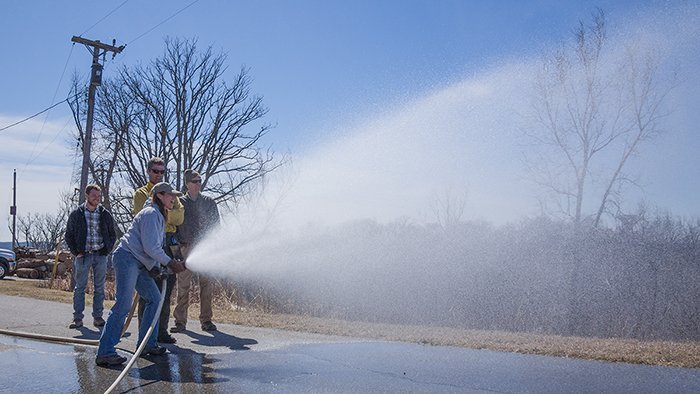 This thing beats any Super-Soaker! It empties a 400 gal water tank in less than 10 minutes. 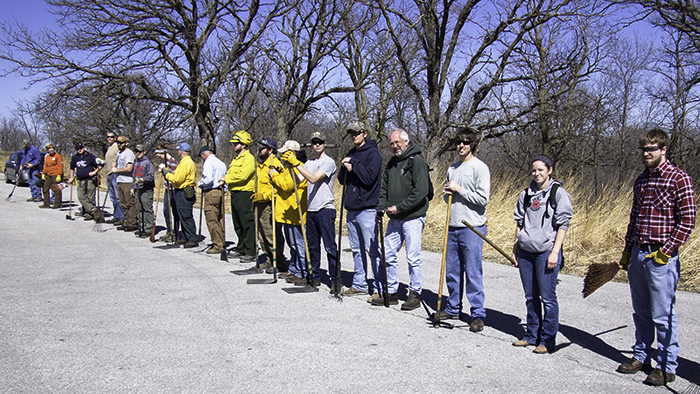 All lined up to fight some fires.

The highlight of the afternoon came after a short hike (in formation, spaced 10 ft apart, tool held on the side at the balance point on the (non-existing) downhill side – no swinging, hacking or stabbing allowed) to a nearby tallgrass prairie. The big bluestem burned quite nicely and provided just enough excitement. 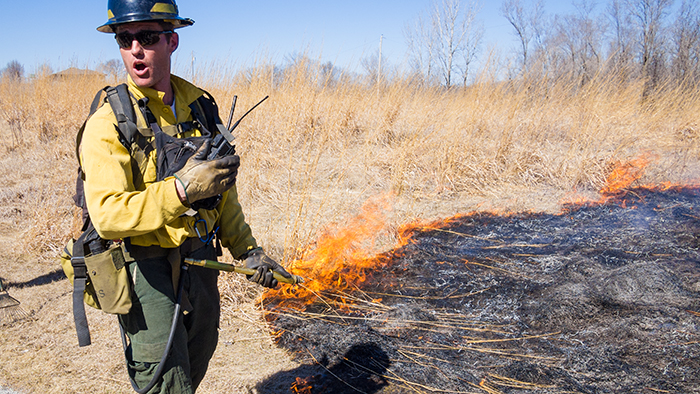 Chad Graeve, the instructor points out the finer points of a grass fire.

The group practiced on several small fires. It took the instructors maybe a minute to extinguish theirs, the class was, well, not quite as practiced, but after a few (very) hot hours everybody had three little grass fires under their belts, and knew how to “enter the fire from the heel”, work “from the black”, and learned that a simple backpack pump can do wonders, but that even 4-ft flames put out quite a bit of heat. 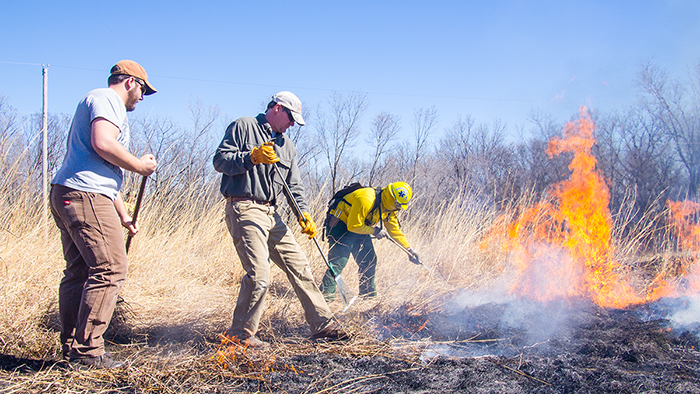 A rookie crew at work. 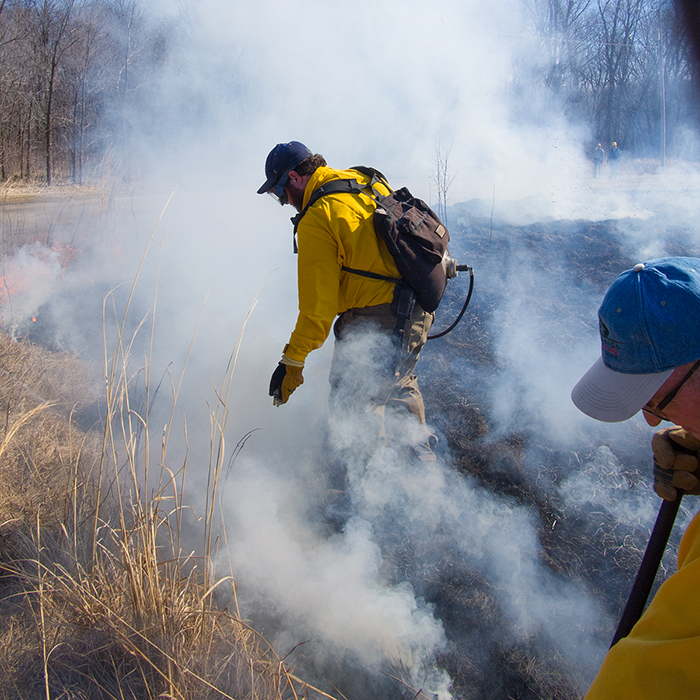 The final fire of the day.

Christoph also used the opportunity to sample some recently burned soils, go on a few hikes and watched the pro’s extinguish a “real” grass fire, where he learned that the mighty backpack pump may well be an effective fire-fighting tool, but that even a measly “Type 6” fire engine puts out so much more water… 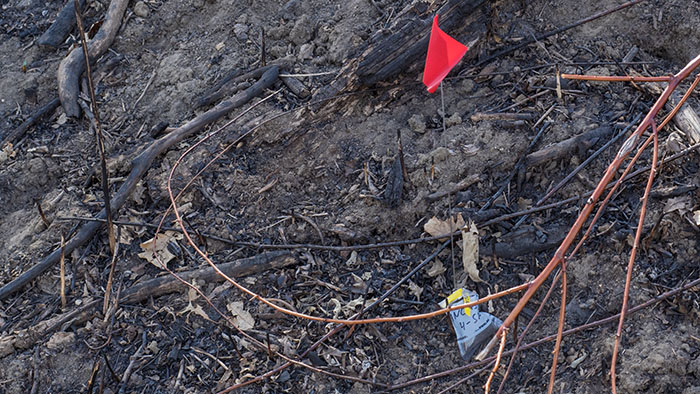 One of Christoph’s sampling sites. 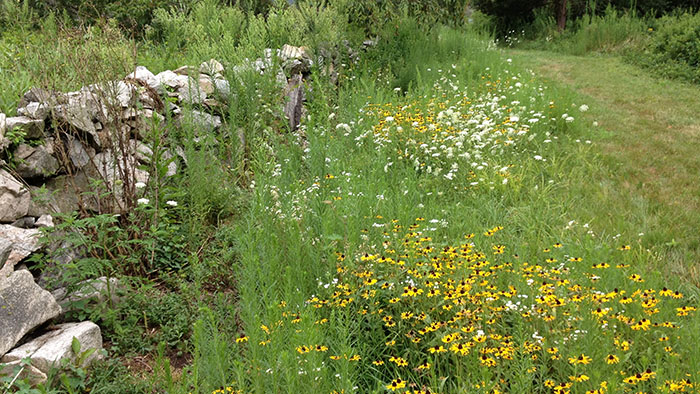 Can you spot the invasive plant(s)? Cameron’s study site near Mystic, CT

Cameron Douglass, our postdoctoral fellow, will give a research talk entitled “Invasive plants: good, bad or just ugly?” on Friday, April 3rd at 3PM in the McCook Auditorium. I hope you all can make it. here is the abstract to Cameron’s talk:

Invasive plants are thought to cause many negative ecological impacts, but new research suggests that they may also play beneficial roles. The problem is that we know little about how the properties of individual invasive species or groups of them might drive those impacts. Our research focuses on this problem, and uses a nature preserve near Mystic, CT to study whether invasive plants are as problematic as advertised, or rather are just misunderstood.

Refreshments will be available after the talk. 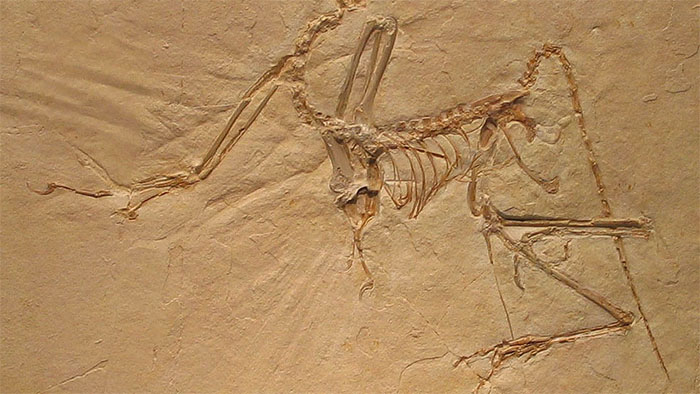 Fossilized remains of one of the earliest (THE earliest ?) feathered dinosaurs. Shreds of Joan’s field pants clearly visible around bones from the left leg.
Image source: http://commons.wikimedia.org/wiki/File:Archaeopteryx_bavarica_Detail.jpg

… just because you haven’t heard much from us recently does not mean we haven’t been busy for the last months. The two biggest news first: Joan Morrison will enter phased retirement soon (technically she is already in phased retirement, but I try to ignore that as much as possible) and Christoph Geiss was promoted to petrified wood (aka full professor). We have since requested to hire a new conservation biologist and hope to hire a new colleague next year. 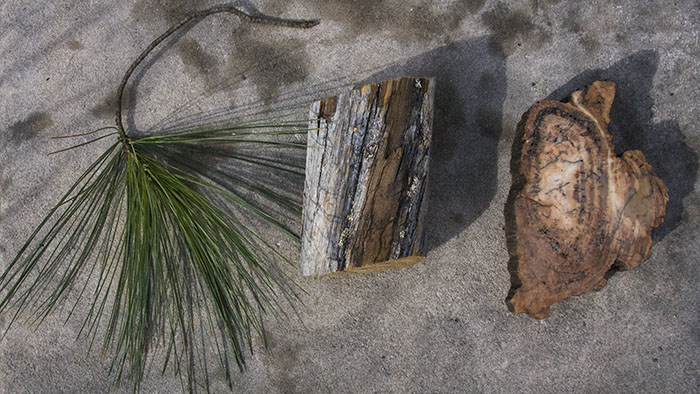 Our students are busy on several research projects. Christoph Geiss’ students are analyzing sediments from Otsego Lake in upstate New York and a salt marsh at Hammonasset State Park. The salt marsh sediments are probably the smelliest sediments ever cored, and they are stinking up the cold room as we speak. A GPR survey conducted this February yielded – absolute nothing. The salty pore fluids, combined with highly conductive clays ate the radar signal withing a few inches of the surface. Good day to work on our tan, though! 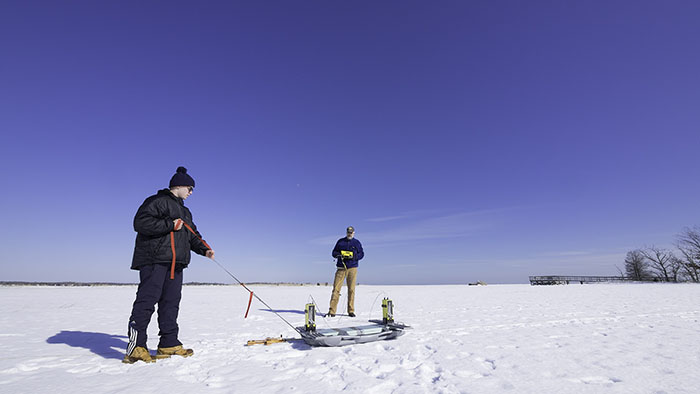 Cameron Douglass’ students are busy analyzing soils and invasive plants at a conservation area near Mystic, and we will erect a few interpretative signs at that introduce visitors to the various ecosystems encountered at the site. 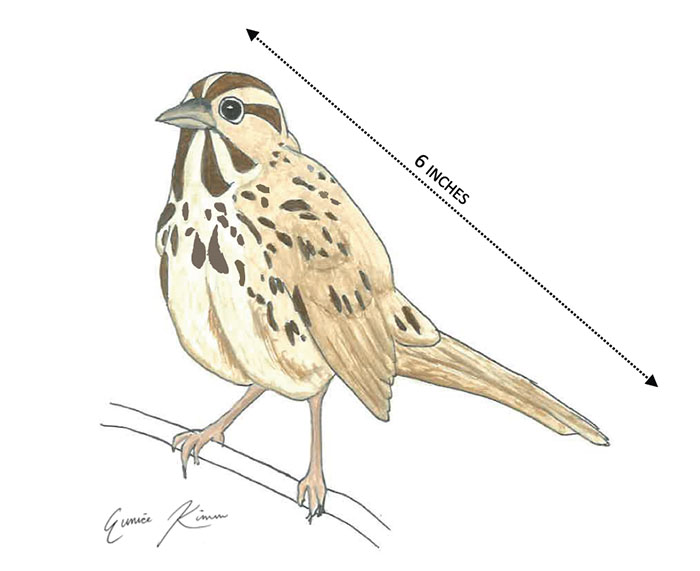 Drawing of a song sparrow to be featured at one of our interpretative signs. Drawing by Eunice Kim

Jon Gorley’s students are still crunching the soils data numbers from their sites in the White Mountains.