Yep, today was one of our shower days. Though, honestly, we didn’t really need one yet, but the showers at the Lazy Lizard Hostel were just too good to pass up. By now we are so efficient that even after “sleeping in” until 7 AM we still made it out of camp by eight. I told you we’d turn Sarah into a morning person! 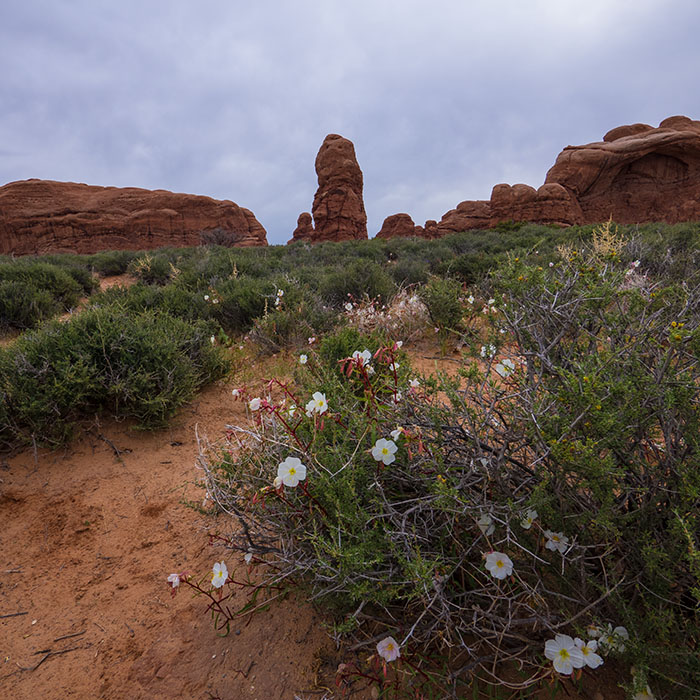 We made a brief stop at the Fiery Furnace, which did not look particularly fiery in the clouds and headed out on a quick hike to the Windows, where we hung out in North Window and watched several elderly photographers attempting suicide by climbing onto that last ledge to get that perfect shot. Sarah did so not look forward to trying out her brand-new wilderness first aid skills. Technically this wasn’t all that wild anyway. We were about a quarter mile from the parking lot. So some poor real EMTs might have come to our rescue pretty quickly – maybe. 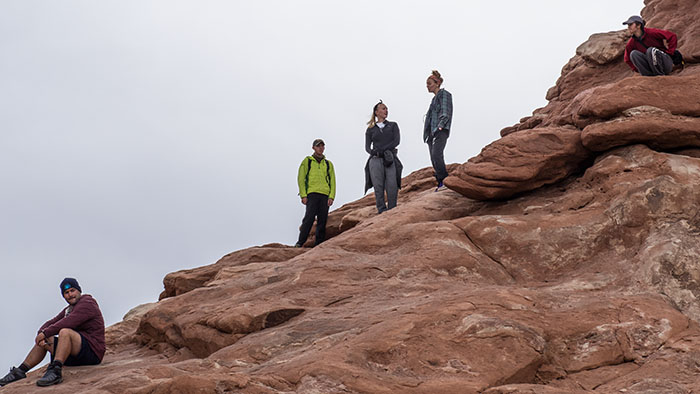 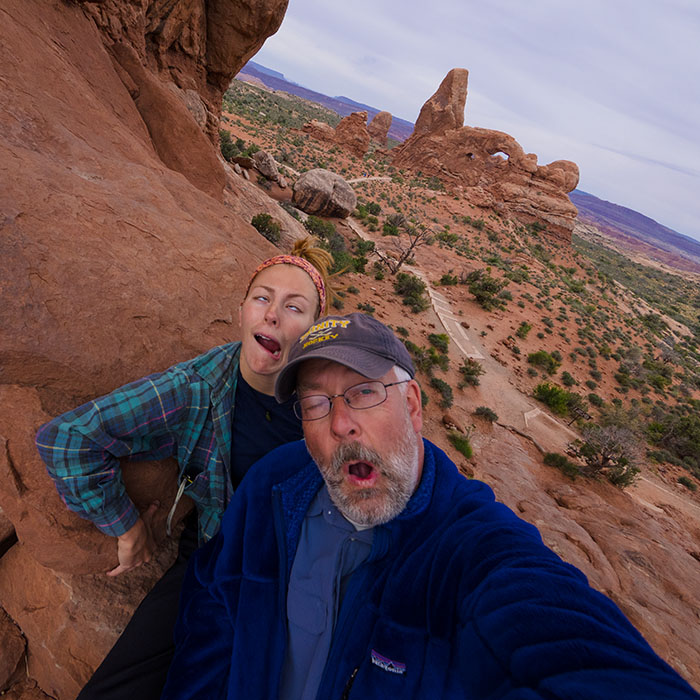 Afterwards we went into Moab for showers and supplies.The showers were as awesome as always, and the Starbucks in City Market slower than the guys at Mather Hall. 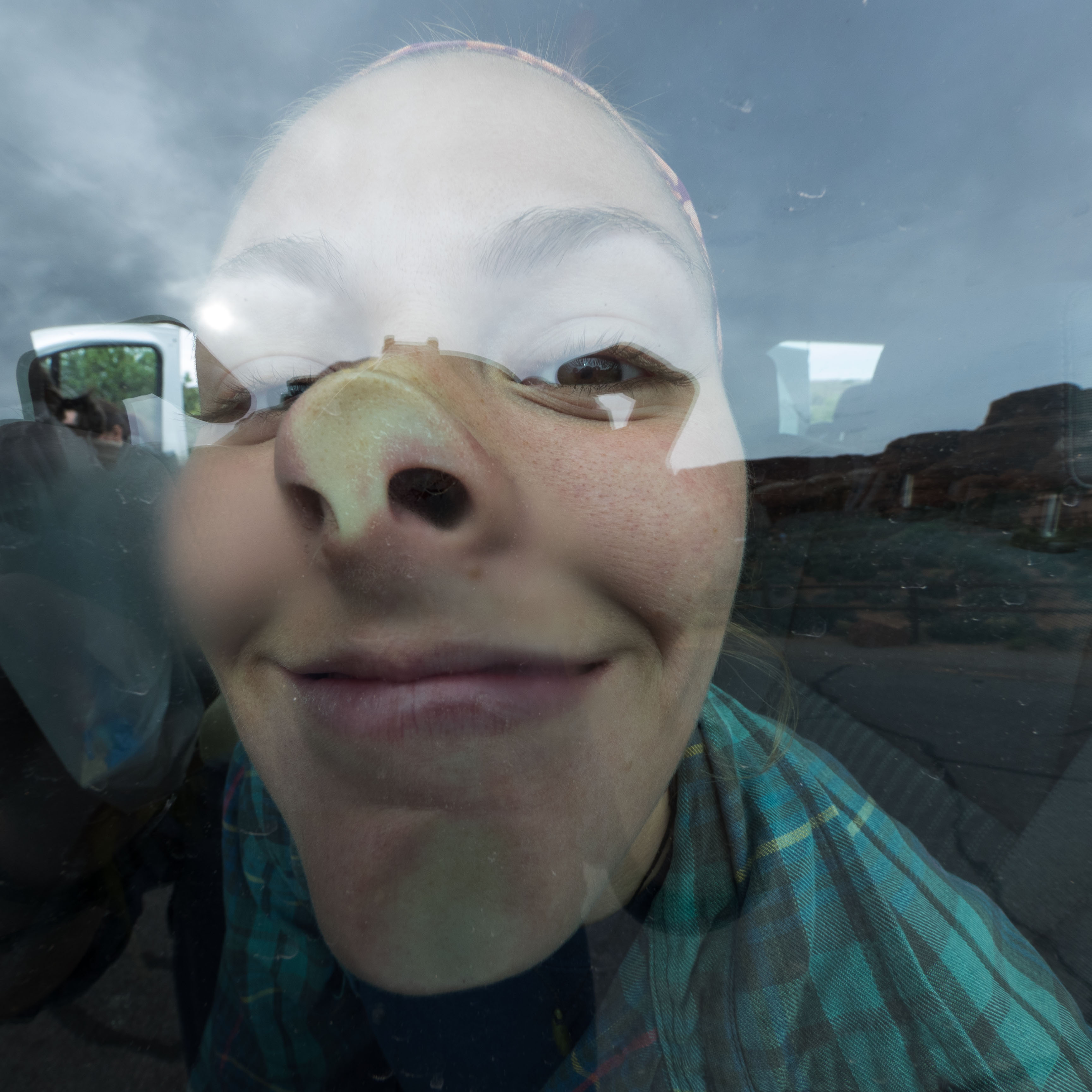 This little piggy is headed for a shower!

After lunch we filled  our water jugs at Maternity Spring (no joke) and drove out to Fisher Towers where we did not get a campsite :-(. Luckily the group campsite at nearby Lower Onion Creek was available and we camped in style: shelter, plenty of space, and a nice campfire as usual. We returned up to Fisher Towers in the afternoon and went on the obligatory trail to the Onion Creek overlook. 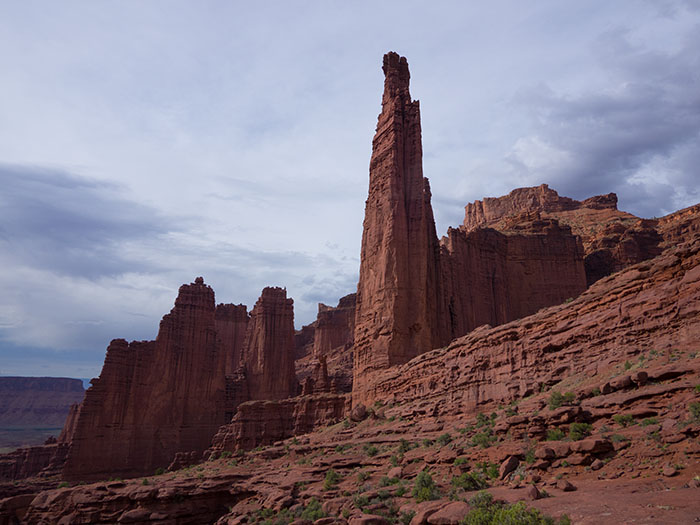 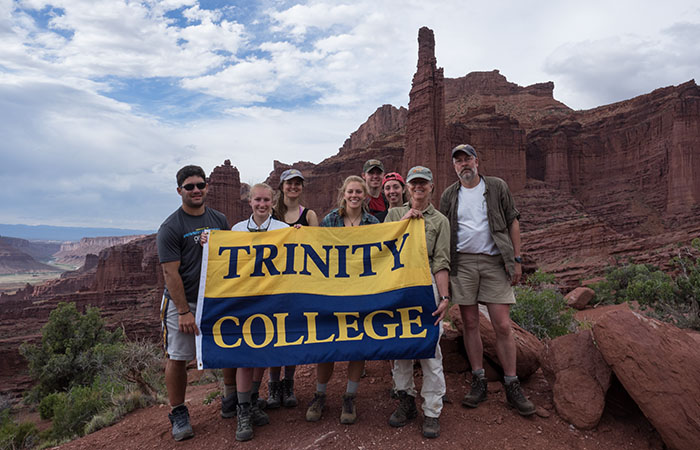 Just a quick group shot before the thunderstorm gets us …

A couple of guys were climbing one of the towers, and we almost lost Adam who was more than ready to abandon us for his new-found climbing buddies. At the end of the trail dark clouds and thunder made us beat a hasty retreat. We got back to the parking lot staying dry. Those dark clouds were more thunder than real rain. 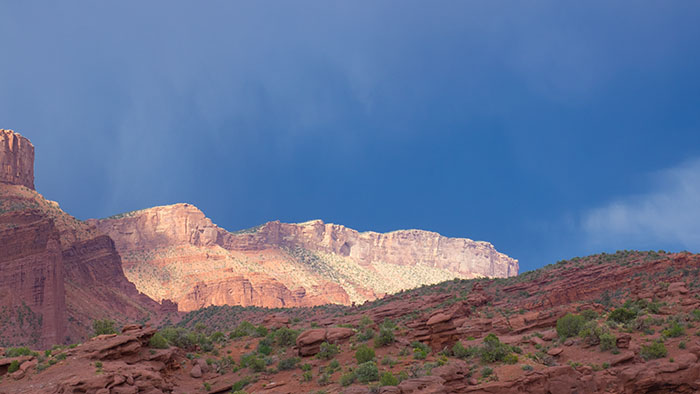 The thunder clouds that made us run — for nothing!

In camp, after dinner, we listened to a few campfire talks and had a nice campfire with s’mores and the works. 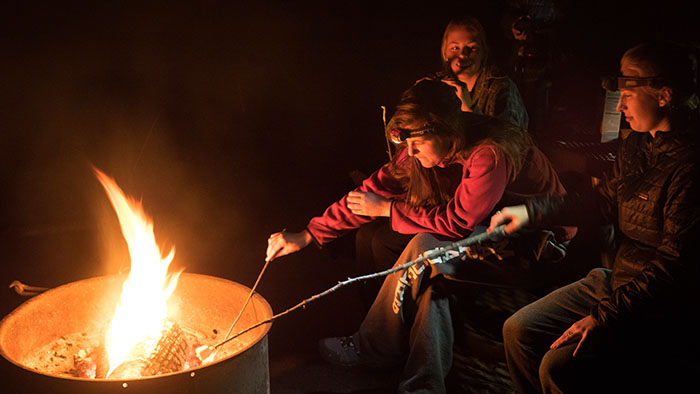 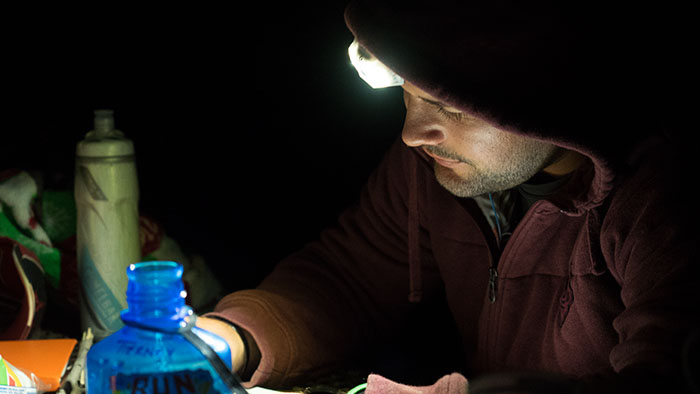 Keeping up with field notes.