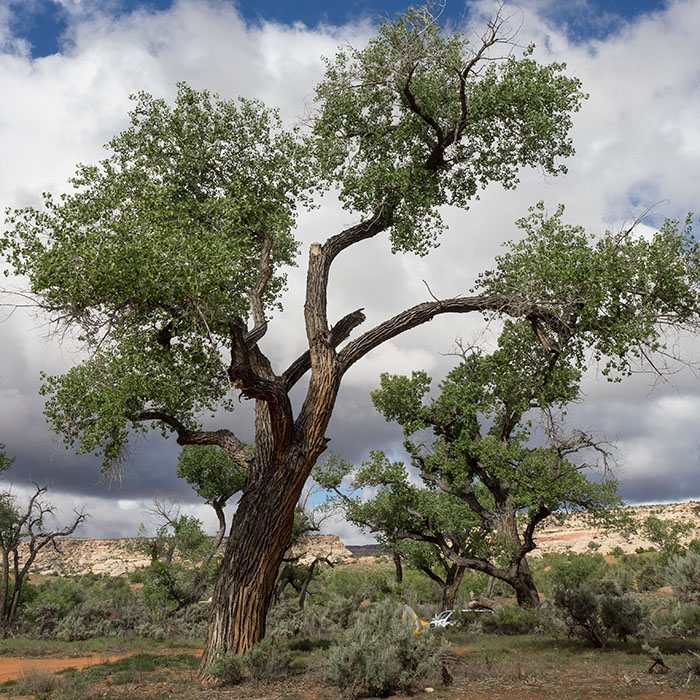 Our camp at Comb Wash. Tiny Allen hiding under plenty of majestic cottonwoods. Did I tell you that they are my favorites?
:-)

This morning we decided to brush up on history and culture and visited the highly recommended Edge of the Cedars State Park and museum. The exhibitions were outstanding and we spent quite some time looking at artifacts, photographs and a partially excavated ruin in the back yard of the museum. Joan and Christoph made sure that everybody had read and re-read the little display on “context”, which is just as important in notebook writing as it is in archeology. Lunch was spontaneously had at the local Subway while the professors stood in line to get their daily coffee fix. Then we headed through the Abajo mountains to Newspaper Rock. 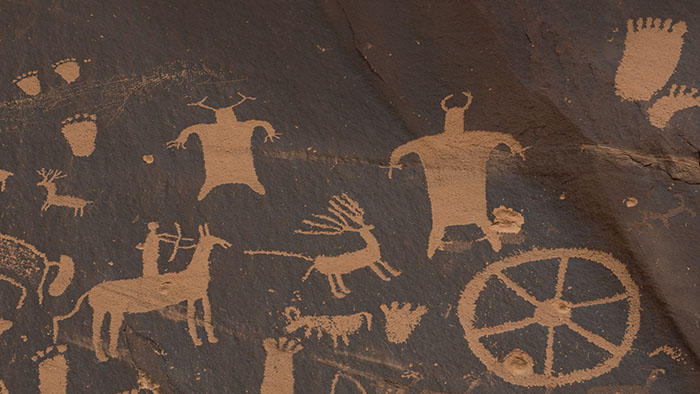 The man-eating cows are still alive and well at Newspaper Rock.

The man-eating cows depicted on the rock were a true menace in 2002. Clearly they were early risers and did not look kindly on sleeping in. Rumor had it that on our very first ENVS fieldtrip they got the students out of their sleeping bags by giving the tents a little shake-down. How they did that without opposable thumbs will always remain a mystery, but they did make it onto the back of our very first field trip T-shirt: 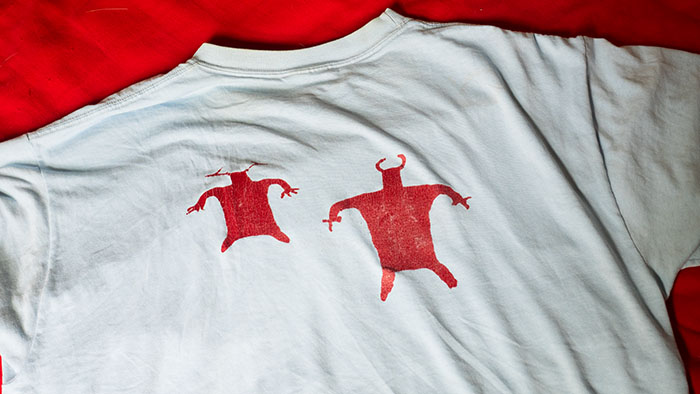 The very first ENVS shirt – ever!

The campsites in the Abajos were pretty empty but they also looked pretty cold, so we moved on and hoped for a site at Windwhistle campground. We were in luck. After a long drive we arrived at a mostly empty campground and picked two sites before we headed out to Needles overlook, a few miles down the road. 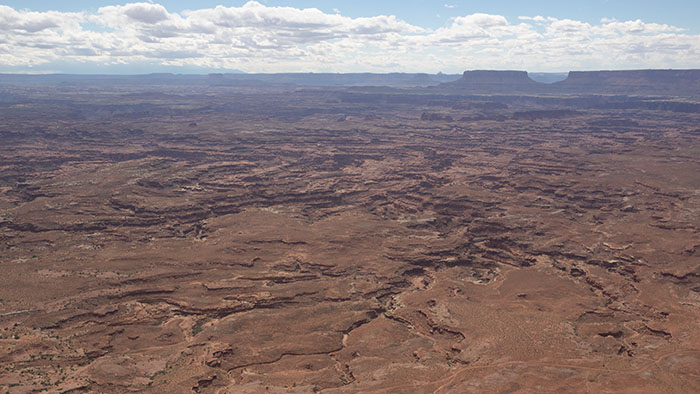 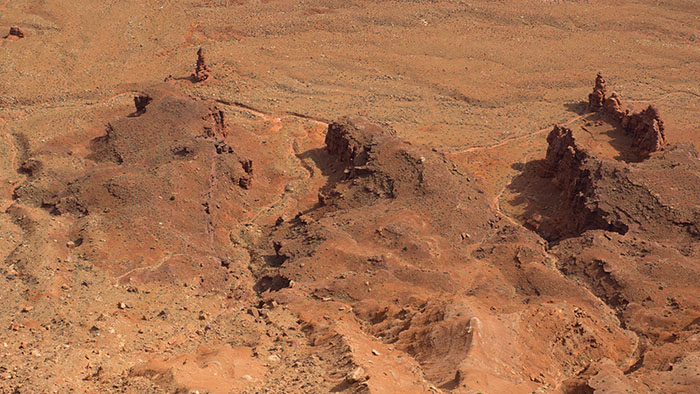 View down from Needles Overlook.

Afterwards it was time for some reflections and landscape observations. The group dispersed, looked for a comfy spot and wrote down some solo observations. 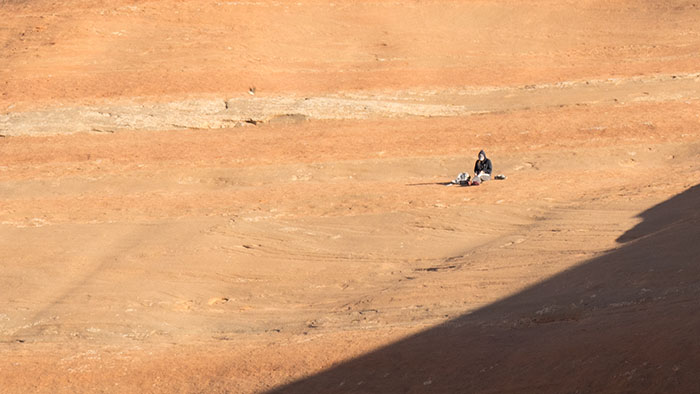 Since too much solitude is not good for you either, the evening ended with some fierce card games after dinner. 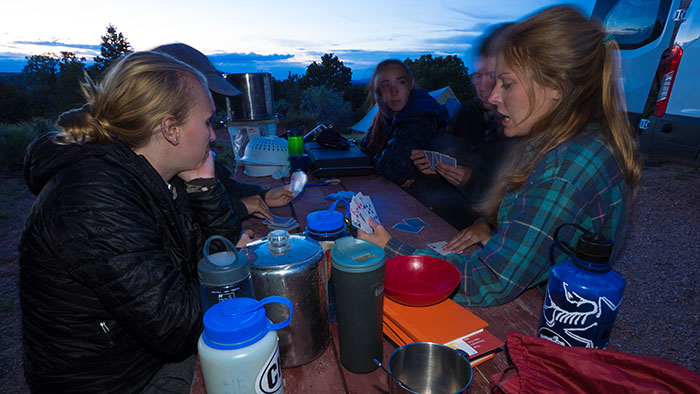 Not exactly sure whose winning, but Lauren looks pretty intense! 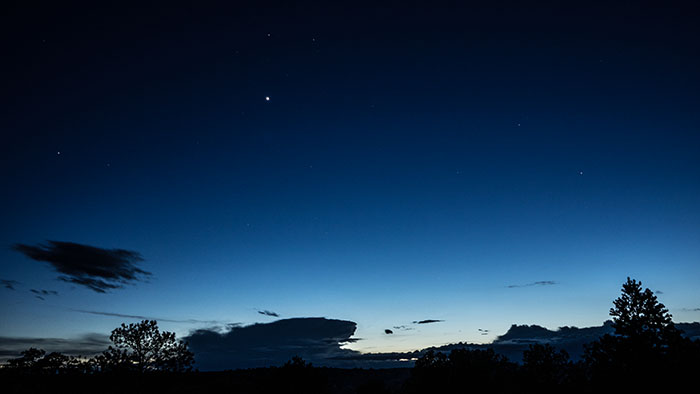