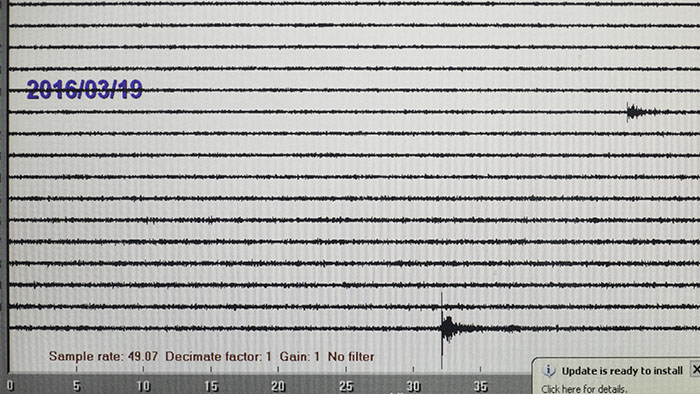 To say that not much has happened since my last post is an understatement. To say that the transition from a sabbatical back to teaching was no big deal might be even a bigger one. I could get used to showing up in the lab each morning, doing a few measurements and thinking a few deep thoughts in my office… Needless to say, the last few weeks were a bit busy: we hired two new faculty members (more on that in an upcoming post), I am teaching three courses, and my research students keep me busy too.

Nevertheless, I was in for a (very nerdy) treat this Saturday. For years I have been walking past our seismograph, checked the screen and saw nothing, or noticed an earthquake that had happened some place on earth.  “Nice“, I usually thought, “that was a big one, better check out where it happened…“. This Saturday, however, while packing the car for a quick sampling trip to Hammonasset State Park I saw the waves arrive while I stared at the screen. It was cool to think that for a few minutes the biggest vibrations in the building came from a place a few thousand miles away. I stared for a while, returned to packing the car (T.J. was supposed to show up in half an hour, so I didn’t want to be late), and snapped a picture of the screen a bit later. The earthquake, it turned out occurred at 11:26 UTC in the Caribbean, and you can read all about it here. 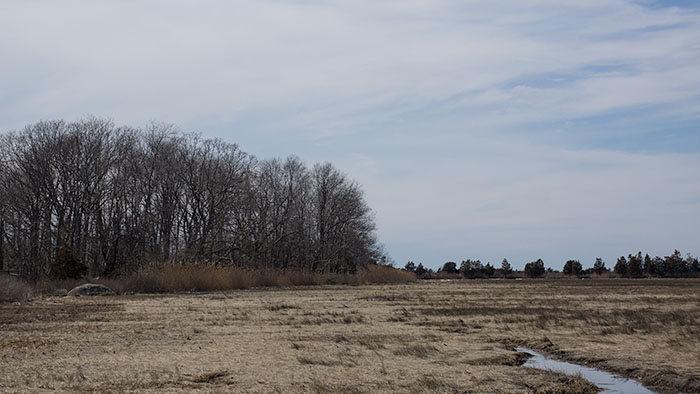 Looks dry to me … how tricky can it be to get a core from here?

The sampling trip was exciting as well. T.J. and I headed down to Long Island Sound to core a salt marsh in Hammonasset State park. We’ve been there before in the winter of 2014 when everything was frozen. This time it was different: the marsh was one soupy mess. On our first walk out to the coring site, T.J. went in to his knees. On our second trip out I  went in to my chest. That’s when I decided that the camera would stay on dry land. After a few more trial and errors we had it pretty much figured out and stayed dry – until we cut corners – and in we went again. Nevertheless, we got eight meters of hideously smelly core with no bottom in sight. So, we might find ourselves some football players, hope for a colder winter next year, and return in January for a third try. In the meantime, T.J. will analyze what we have, and the cores will stink up the fridge, lending that particular aroma to McCookout stuff. 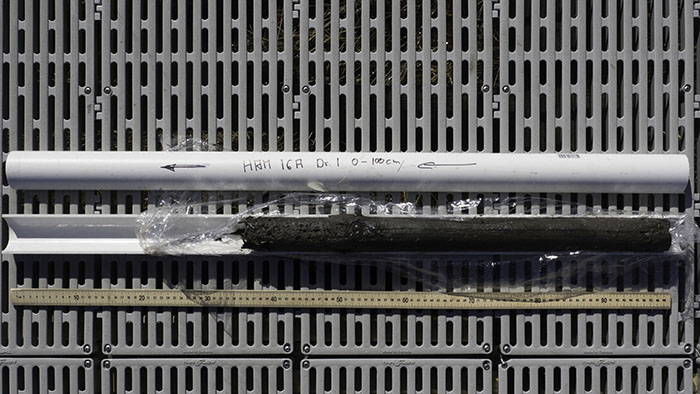