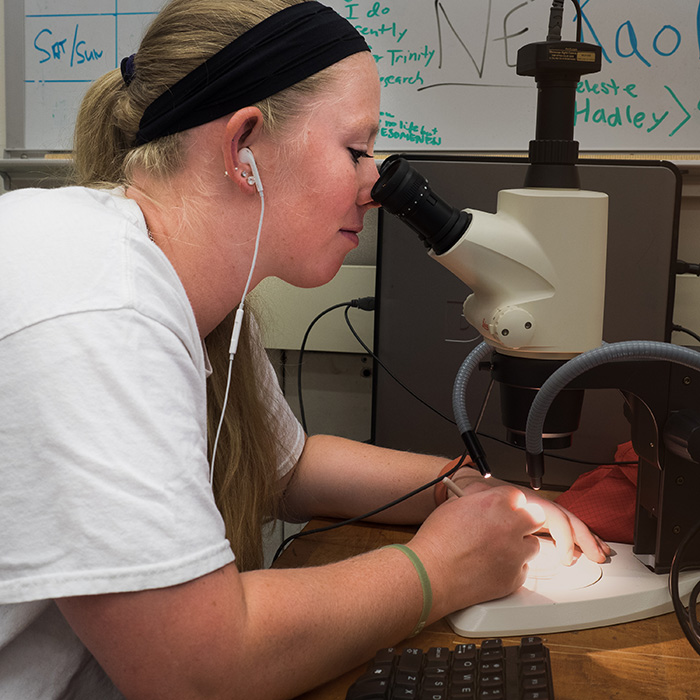 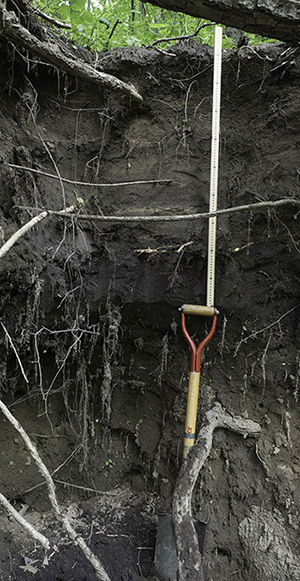 The soil samples come from a series of locations within the Hitchcock Nature Center in Pottawattamie County, Iowa (41.4209°N, -95.8659°W). The samples were collected at 5 cm intervals up to a depth of 2.3 meters at each location. A small amount of each sample was mixed with 0.10 M KOH solution in a centrifuge tube. The tubes were then placed in an ultrasonic bath to break up soil fragments and was then passed through a 180 mm screen. The coarse fraction was rinsed with deionized H2O to remove any fine particles and the remaining sample transferred to a petri dish. Charcoal was identified at 20x magnification under a microscope and separated from the rest of the sediment sample for analysis. Charcoal particles were photographed, and their surface area was determined through image analysis performed in ImageJ. 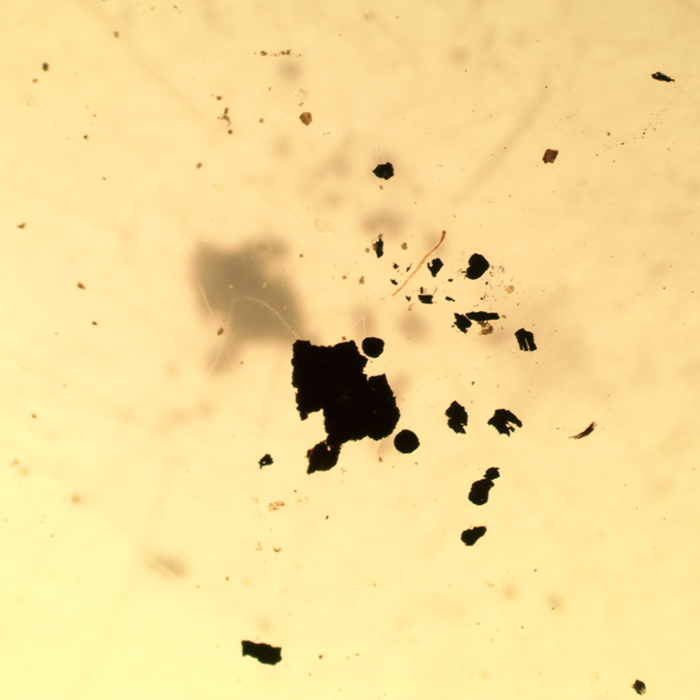 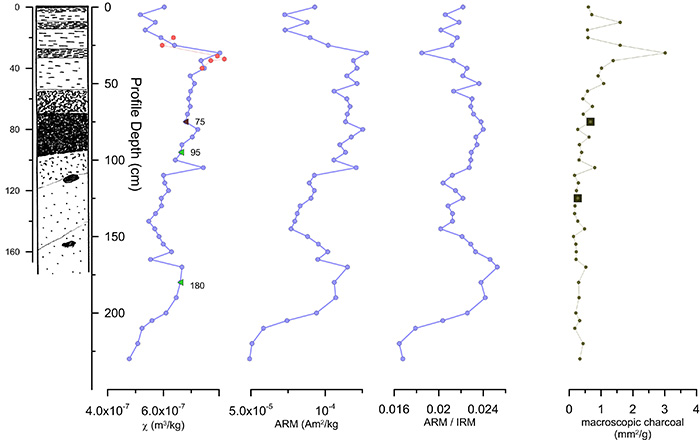 An image of Nicole’s soil profile, several magnetic parameters, and Nicole’s charcoal counts (in brown). The spike in charcoal occurred approximately at the end of the 19th century.

At a depth of 30 cm below surface, there was a spike in the amount of charcoal up that is higher than most of the rest of the sample. This spike dates to approximately 140 years ago and its timing correlates with the onset of large-scale settlement of Pottawattamie County by European settlers. Settlers likely burned the original forest and grasslands to create viable land for farming. After this initial spike, the level of charcoal decreases but continues to stay elevated. This could be a result of less frequent burning to keep the unwanted biomass at bay. 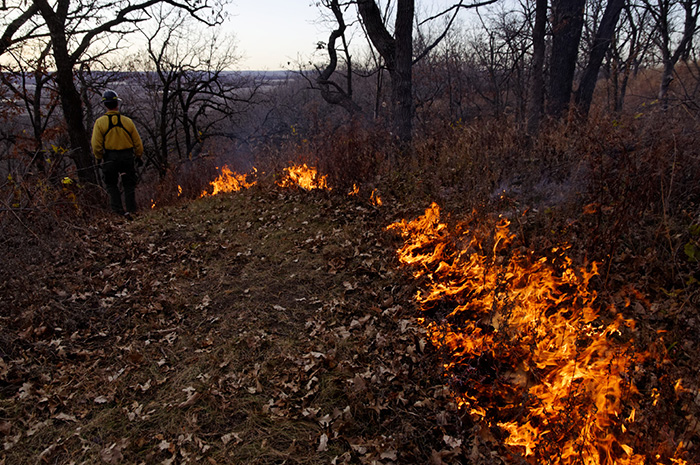