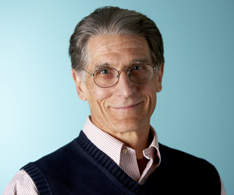 Computer Science Professor Ralph Morelli has been awarded a $902,000 grant from the National Science Foundation to promote the use of a mobile Computer Science Principles curriculum (Mobile CSP) in Connecticut public schools. Beginning in Hartford, high school teachers will be trained to teach computer science courses in schools that don’t currently offer them.

The program marks a unique collaboration between Trinity, the Hartford Public School System, the Connecticut Chapter of the Computer Science Teachers Association, and Hartford area high schools. The grant runs though December 31, 2015.

Beginning in summer 2013, Hartford high school teachers will participate in a six-week training course. Participating teachers will offer the course in city high schools starting in the 2013-14 academic year. The process will repeat itself two more times, according to Morelli, who is hoping to train at least 30 teachers during the grant period. Students in the Hartford public school system are currently not given the opportunity to study computer science.

In the second and third years, the project will expand to other, similarly situated Connecticut cities and towns. It’s estimated that between 300 and 600 students will be involved in the project. One of the schools that will be participating is the Hartford Magnet Trinity College Academy at the Learning Corridor across Broad Street from the Trinity campus.

The Mobile CSP will use a new computing language, App Inventor for Android, to provide a rigorous, programming-based introduction to computational thinking. The curriculum has been developed in collaboration with Chinma Uche, president of the Connecticut Chapter of the Computer Science Teachers Association. It’s been piloted during the past two years at Trinity and the Greater Hartford Academy of Mathematics and Science.

Morelli, who is spending a sabbatical leave this year at MIT, is in the process of developing teaching resources and the curriculum for the project. Morelli said he and his colleagues will also be “gearing up, forming an advisory committee and planning on how to go about recruiting schools and teachers,” a process that is expected to take several months.

A member of Trinity’s faculty since 1985, Morelli said computer science is a very good discipline for high schools students to acquire because “it teaches them to think logically and abstractly and to break down problems into parts and solve them.” That type of skill, Morelli said, can be beneficial no matter what subject the students choose to study later in their academic careers.

All of the project’s teaching materials – lesson plans, syllabi, quizzes and tests, and evaluation rubrics – will be distributed through an openly licensed on-line repository. If the curriculum proves to be attractive and accessible to teachers, as well as effective in improving computing skills and attitudes among the hard-to-reach student population targeted by this project, it could have a broad and far-reaching impact, according to Morelli.

This project builds on Trinity’s Humanitarian Free and Open Source Software (HFOSS) initiative, which, since 2007, has been engaging undergraduate students at Trinity and other schools in building free software for socially beneficial applications. To learn more about the initiative, visit http://hfoss.org/.