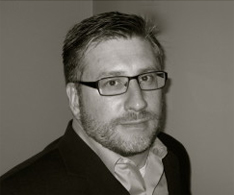 Choice, a leading source for reviews of books of interest to people in higher education, has selected Nixon’s Court: his challenge to judicial liberalism and its political consequences as one of its 2012 Outstanding Academic Titles. The book was written by Kevin J. McMahon, John R. Reitemeyer and Charles A. Dana Research Professor at Trinity.

The University of Chicago Press, in its synopsis of the book, noted that Nixon’s Court refutes conventional wisdom. Many political analysts assessed Richard Nixon’s challenge to the judicial liberalism of the Earl Warren-led court as a failure or “a counterrevolution that wasn’t.” But McMahon’s book reveals a president whose public rhetoric was more conservative than his administration’s actions and whose policy towards the high court was more subtle than previously recognized.

At the beginning of every year, Choice, a magazine published by the Association of College and Research Libraries (ACRL), picks books reviewed in the prior year as Outstanding Academic Titles. The selection includes about 10 percent of the approximately 7,000 books reviewed annually.

Of his achievement, McMahon said, “It’s a real honor to have all the hard work that went into researching and writing Nixon’s Court recognized by Choice in this way.” 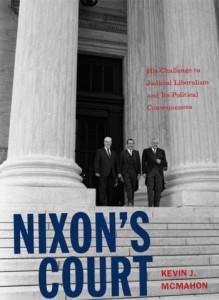 In its description of McMahon’s book, Choice said: “Nixon’s Court provides the most definitive account yet written of the reasoning behind President Nixon’s choices for Supreme Court justices and the legal and electoral consequences of those choices. Against conventional wisdom, McMahon argues that Nixon did not try to make the Supreme Court decisively conservative, which it did not become, but instead successfully selected nominees that would bring formerly Democratic voters into the Republican fold.”

M.N. Green of The Catholic University of America, who wrote the Choice essay, went on to say, “McMahon skillfully uses a combination of archival material (including the Nixon tapes), press accounts, personal interviews, and statistical data to make a persuasive case, breaking new ground in the understanding of Nixon’s leadership and its long-term impact on judicial and partisan politics.”

Green called McMahon’s book “highly readable for undergraduate students and general readers as well as academics.” In conclusion, he noted, “Nixon’s Court is an outstanding contribution to presidential studies and Supreme Court history that revises the understanding of the Nixon presidency and the Republican resurgence that followed.”