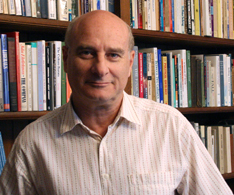 An on-line national survey of 1,710 college students by Trinity College public policy researchers found that today’s college students are worried about their economic future, and are socially liberal on most of the “culture war” issues raging in the United States today.

By relatively large pluralities, the students say that economic inequality is a major issue in the U.S. They strongly believe in freedom of expression, and support same-sex marriage and reproductive rights as well as controls on the sale of handguns. The college students, known as Generation Y or the Millennial Generation, say assisted suicide for the terminally ill should be legalized and they do not believe that immigrants threaten American jobs.

Those were among the findings of the American Religion Identification Survey (ARIS) 2013 College Student Survey conducted by Trinity College in April and May, and partly funded by The Center for Inquiry in Amherst, NY. The principal investigators were Barry Kosmin and Ariela Keysar, public policy research professors and the authors of the renowned ARIS survey series since 1990.

The surveyed students, ages 18 to 29, attend 38 colleges and universities from across the U.S., including so-called Red and Blue States. Twelve of the institutions are located in the South, 12 in the Northeast, eight in the West and six in the Midwest. Fourteen of the colleges and universities are private; 24 are public. A random sample of emails was taken from each school’s list. The sample is fairly representative of today’s four-year college students. Fifty-nine percent of the respondents were women and 28 percent were members of minority groups, including African Americans, Latinos, Asians and some who described themselves as “other.”

The responses to several public policy questions, in particular, demonstrate that the current cohort of college students is very concerned about their economic future and job prospects, and don’t see the picture brightening. They also see a country where the per-capita debt has risen, and an aging population whose Social Security and Medicare bills will be largely borne by younger Americans. A large majority, 85 percent, consider a “balanced federal budget” to be an important issue, while 13 percent do not.

“Having lived through a steep economic downturn and facing a rocky recovery that is not producing the high-paying, good-benefit jobs that previous generations benefitted from,” said Kosmin, “it’s not surprising that college students see difficult times ahead for themselves, particularly since many have gone deeply into debt to pay for their education. So they question whether they’ll ever be able to achieve the quality of life that their parents have enjoyed.”

Indeed, asked whether young people’s changes of establishing themselves economically and professionally in the U.S. will be better, worse or the same in comparison with their parents’ generation, more than two-thirds (68 percent) of the respondents said worse, 19 percent said better and 13 percent don’t know. The more pessimistic students tended to be male, white and Latino, attend private college and major in the arts or humanities. Women, African Americans, students studying at public universities and those majoring in science, technology, engineering or mathematics – fields that typically pay higher salaries and have plentiful jobs – are among the more optimistic about economic advancement.

Moreover, 56 percent agree with the statement that, “people with no college degree have little chance of succeeding in life in the U.S. today,” although 42 percent disagree. And 85 percent of those who turned in the survey said “economic inequality is a major issue in the U.S. today.” Even more women (88 percent) agreed with the statement than men (81 percent). Only 14 percent of the respondents think economic inequality is not a major issue.

Three-quarters of the students said a higher minimum wage is important, compared to 23 percent who said it’s unimportant and 7 percent who don’t know. Yet, 69 percent of the respondents said immigrants don’t threaten American jobs, whereas 25 percent said they do and 6 percent don’t know.

In terms of non-economic issues, a whopping 91 percent of the students endorse the Constitution’s First Amendment right that people should be guaranteed freedom of expression regardless of their views. Six percent disagreed and only 3 percent were unsure.

“This finding implies criticism of the speech codes imposed by many colleges,” said Kosmin.

Regarding the Second Amendment, when asked whether the federal government should do more to control the sale of handguns, 70 percent said yes, 24 percent said no and 6 percent didn’t know.

The survey demonstrated that college students are more open-minded than older Americans on many controversial and divisive issues such as abortion and same-sex marriage.

Asked whether women’s reproductive rights must be defended, 84 percent of women agreed, as did 74 percent of men. Ten percent of the female students disagreed, as did 15 percent of male students. As for same-sex marriage, which has been in the news of late given the U.S. Supreme Court’s ruling overturning the Defense of Marriage Act, three-quarters of the students (76 percent) said gay marriage should be legalized nationally, while 17 percent disagreed. Seven percent said maybe.

“The finding on affirmative issue showed a more culturally conservative side to the students than the answers to other questions,” said Keysar. “It could be because it’s an issue that directly affects students and their ability to gain admission to the college of their choice.”

Regarding their views of the ethics and integrity of people in various professions, the students had relatively low opinions of most, except for scientists who led the way at about 65 percent, followed by clergy at roughly 40 percent. They were followed in descending order by university administrators and police officers (38 percent); bankers and journalists (17 percent); and professional athletes and corporate executives (less than 10 percent).

To contact Barry Kosmin directly, please email him at barry.kosmin@trincoll.edu or call him at 860-297-2388.

For more details about the ARIS 2013 survey of college students and its findings, please visit: http://www.trincoll.edu/Academics/centers/isssc/Documents/ARIS_2013.pdf.