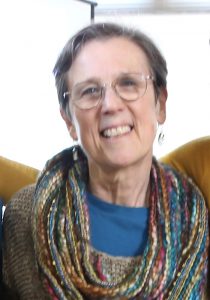 The Judy Dworin Performance Project (JDPP), led by Trinity College Professor of Theater & Dance Emerita Judy Dworin, has received a $75,000 grant for Creativity Connects: National Demonstration Projects, an award from the Andrew W. Mellon Foundation, Mid-America Arts Alliance, the New England Foundation for the Arts, and the Connecticut Office of the Arts. The award supports a program that empowers incarcerated individuals and their families to express their emotions and experiences through art, thus facilitating healing and transformation. The grant initiative funded six projects nationwide that demonstrate the intersectionality of arts and other realms of public life. Community Partners in Action, a Hartford based non-profit social service organization that works with individuals affected by the criminal justice system, is a principal partner on this grant. Other collaborating organizations include Families in Crisis, the Department of Correction, and Connecticut Public Broadcasting Network.

Building on its 12-year history serving incarcerated and newly released women, JDPP has expanded its programming to other affected constituencies. During this grant period, multiple performance residencies will emphasize emotional discovery through artistic expression and give voice to these experiences in a final performance or group sharing event organized around the theme of “Choices.” The performance residency at York Correctional Institution draws on the stories of its participants to create an uplifting exploration of past traumas and shared pain and resilience. The Moms and Kids Program will work with approximately 20 incarcerated women to develop interactive arts activities that they will share with their children during a special visit. The performance residency at Cybulski Reintegration Center will provide men preparing to leave prison with the opportunity for reflection, expression, and interaction with their children and families. The Bridging Boundaries after-school program will provide a safe space for children to express their feelings about the incarceration of parents and loved ones. Finally, women who are released from prison will have the opportunity to share their stories and experiences through two arts engagements: New Beginnings, a weekly arts workshop in which women from the Resettlement Program and Trinity College students participate together; and Women Beyond Boundaries, professional performance opportunities with the Ensemble of JDPP.

The grant will also support a documentary, which will illustrate the program’s unifying theme of “Choices,” and disseminate JDPP’s work to a wider audience. Produced in partnership with Connecticut Public Television and under the direction of Emmy award-winning videographer John O’Neill, the film will showcase the process of transformation, demonstrating the stark realities of incarceration, its impact on families, and the healing power of the arts.

The Judy Dworin Performance Project is a nonprofit organization of professional artists who innovate, inspire, educate and collaborate to harness the arts as a catalyst for creative expression, community building and positive change. Its other programming includes the Moving Matters! Residency Program and its professional dance/theater Ensemble. JDPP also participates as a partner in Free to Succeed, a Trinity College-led program that offers college study in prison and post-release for women at York Correctional Institution.