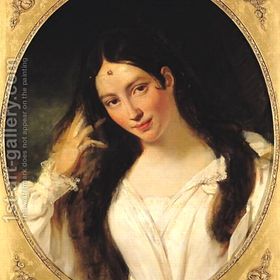 I do perceive here a divided duty.

To you I am bound for life and education;

My life and education both do learn me

How to respect you; you are the lord of duty;

I am hitherto your daughter. But here’s my husband;

And so much duty as my mother showed

To you, preferring you before her father”

In this passage, Desdemona is trying to convince her father to give his blessing to her marriage with Othello. To do this, rather than focusing on her marriage and relationship with Othello, she focuses on the relationship she and her father have and the marriage between her father and mother. This is clear in the formatting and order of words in each line in the passage. When a line begins with the subject, the subject is either Desdemona or her father. Othello is mentioned only once in these eight lines, and not even by name; he is mentioned here only in relation to Desdemona. At the beginning of this passage, Desdemona acknowledges that she will be “bound” to her father “for life and education”, meaning that because he literally helped bring her into the world and teach her all kinds of things—and this bond will never be broken. She also explicitly points out that she is respecting him as her father—even though she has already married without his approval. While trying to gain her father’s blessing, she compares her role to her mother’s, as she claims: “And so much duty as my mother showed / To you, preferring you before her father.” In recognizing that the role her mother played in leaving her father to marry Desdemona’s father, Desdemona recognizes the double standard that her father creates. – mso