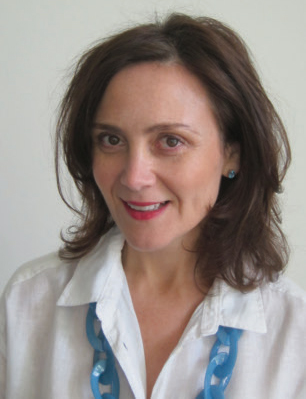 Allyn Magrino has always loved to read. “I was at the library all the time when I was a kid,” she says. “My mother is an English professor, and my father was a lawyer. They were both huge readers, and wherever we lived was filled top to bottom with books.”

Now, as president and chief operating officer of Susan Magrino Agency (SMA), a New York-based public relations firm that she runs with her older sister, Magrino is still reading voraciously—not only for pleasure, but to keep up with current trends in the wide variety of fields with which the agency’s more than three dozen clients are engaged.

Although Magrino showed an aptitude for public relations when working as a student tour guide for the College, PR was not her original career orientation; she had thought about becoming an attorney. Fresh out of Trinity in 1989 and having fallen in love with Paris during a junior semester abroad, Magrino set off for the city with no job and no place to live. “I thought that maybe I should be making concrete plans,” she says. “But when my adviser Professor Kenneth Lloyd Jones said that this was probably the only time in my life that I would be able just to pick myself up and go where I wanted to, I bought a one-way ticket and went.”

After a few months as an administrative assistant in an American law firm, Magrino decided against a law career. She returned home, landed an entry-level position in Donald Trump’s organization—and found herself working for a boss who was the attorney handling press calls during Trump’s high profile divorce. “That experience,” she says, “gave me a front-row seat into the world of public relations.”

When that boss went to work for publishing magnate Robert Maxwell, Magrino went with her. Her next job, as an account executive for a public relations firm, had her leading journalists on trips to the French West Indies to promote the tourist trade in the area. Then, in 1992, Magrino’s older sister Susan, who had worked for several years as a book publicist, proposed that they join forces to start their own public relations business.

One of SMA’s first clients was Martha Stewart Living; as a book publicist, Susan Magrino had handled Stewart’s book publicity during the 1980s, and Stewart engaged the new PR firm’s services early on. “There were just the two of us at the beginning,” Magrino says, “and we figured it out along the way. That’s what I tell students when I come back to campus—hustle, work hard, and don’t be intimidated.” The sisters’ efforts paid off; SMA now employs 40 people and, in addition to Martha Stewart and Martha Stewart Living Omnimedia, the firm’s client list includes some of the country’s and the world’s best-known brands in beauty and fashion, home furnishings, food and spirits, hotels and travel, and publishing and media.

What makes a great brand, Magrino explains, is authenticity. “Our firm’s expertise is in getting the right messages to the right audiences,” she says, “but a brand is not a bunch of marketing people sitting around a table; the people behind it have to know what they want and have a vision of how to serve a defined need.”

Adding, “I could never promote anything I didn’t believe in,” Magrino notes that she remains deeply connected to Trinity, currently serving on both the Board of Fellows and the Women’s Leadership Council. “I was educated in a way that taught me how to get to the essence of a problem,” she says, a skill she uses every day in her work. As one way of giving back, Magrino acts as a resource for current students, helping them make connections to other alumnae/i and explore the wide landscape of career options for which their liberal arts education is preparing them.