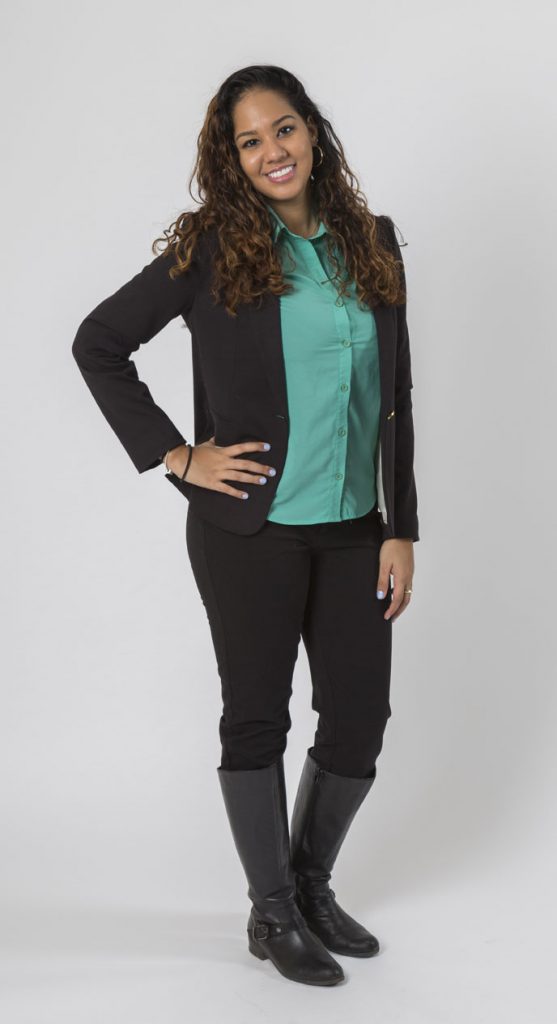 How would you describe yourself as a first-year student? I kept to myself, I just focused on school, and I wasn’t really involved in much around campus.

How would you describe yourself now? I’m a lot more involved in the Trinity community now. I’m an RA, and I’m president of the Society of Women Engineers and the Caribbean Students’ Association. I’ve been a teaching assistant for quite a few engineering courses. I’m also one of the head supervisors for Event Support – we provide tech support for events around campus.

Which course has been your favorite? Why? “Introduction to Engineering Design: Mobile Robots.” The class is really a make or break to decide if engineering is for you; it told me engineering was for me. We were split into teams of three and had to design and build a fully autonomous robot to take part in an international competition hosted by Trin. We were basically thrown into the deep end of the pool because most of us had no previous knowledge of engineering design, programming, or anything. There were quite a few tears and sleepless nights, but the end product was incredibly rewarding. 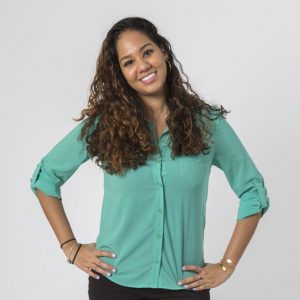 What is the most important thing you have learned at Trinity? It isn’t just about academics. You learn and grow so much being involved in clubs and organizations. To me, this balance is an integral part of college life.

What is your favorite Trinity memory … so far? The first time I played in the snow. It doesn’t snow where I’m from, so I never got to experience it. I got to build my first snowman, went sledding down the hill by the Chapel, and had a snowball fight. All the traditional stuff. It was a lot of fun. Freezing cold. But so much fun.

Where do you hope to be in 10 years? Happy. Cliché, I know, but it’s true. I’d rather be at a mediocre job that I love than successful and not happy.