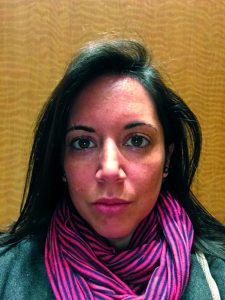 First, what is the Poynter Institute? Poynter (for short) is a journalism teaching organization. From our website: “The Poynter Institute is a global leader in journalism. It is the world’s leading instructor, innovator, convener, and resource for anyone who aspires to engage and inform citizens.”

What is the MediaWise project? I like to think of it this way: if misinformation on the internet is a disease, then MediaWise is the Red Cross. MediaWise aims to teach 1 million teenagers how to spot fake news on the internet by 2020, with at least half of the teens coming from underserved or low-income communities. We’re working with YouTube creators such as John Green, best-selling author of A Fault in Our Stars and host and co-creator of the CrashCourse YouTube channel (which has 8.5 million subscribers), and other social media influencers to get our teachings and message out. The centerpiece of the project is a new curriculum being written by grant partner Stanford History Education Group that will be available to schools across the country in the fall of 2019. Stanford is writing this curriculum after studying how professional fact-checkers, college students, and historians navigate digital information. The foundation of the Stanford lessons is built on skills that professional fact-checkers use after Stanford discovered that fact-checkers and journalists are more critical and think very differently about what they read on the internet and how they sort through misleading or flat-out false information. While the curriculum is under way, we’re launching a widespread teen fact-checking network with high school and middle school students across the country. With their help, the MediaWise team is creating original content on our own social media accounts showing what teens can do to figure what’s real and what’s not online, fact-checking misinformation on the internet in real-time. As of December 2018, there are more than 1 million impressions on @MediaWise, fact-checking content across our social accounts on Instagram, Facebook, Twitter, and YouTube. The third pillar of the project is composed of in-person teaching sessions being held across the country with teens. Both big and small events are on the docket—everything from the Teen Vogue Summit, where YouTube star Ingrid Nilsen helped teach MediaWise skills to 500 teens in June 2018, to small community events with more hands-on training like our first workshop held at the Poynter offices in St. Petersburg, Florida, in October 2018. MediaWise is a partnership among The Poynter Institute, the Stanford History Education Group, the Local Media Association, and the National Association for Media Literacy Education. It is part of the Google News Initiative and is funded by Google.org.

How did your career path lead you to where you are now? Joining Poynter was an unexpected move for me but one I am incredibly grateful for. Previously, I worked in newsrooms at CNN, CNBC, the New York Post, ABC News, and others in New York, Washington, D.C., and Atlanta. Most recently, I was the managing editor of news for Snapchat, which was my first foray into mobile-first news and my first time working for a tech company. While at Snapchat, I met Kelly McBride, vice president at Poynter, when we worked together on a project. Kelly recruited me for the MediaWise role, which has turned out to be a great fit. I love working at Poynter for a mission-driven project, even though nonprofit and teaching work is completely new for me.

What are the biggest challenges you face? My biggest challenge is time. This is a grant project that expires in June of 2020, and I have a lot I want to accomplish in that time. In other words, there’s just so much to do! But that is a good problem to have.

How did Trinity prepare you for your position? I studied psychology at Trinity, and the information I learned has been useful every day since I graduated … and not just for my current position. Understanding how people’s minds work (as best you can) is helpful in any field and office environment.

What was the most memorable course you took at Trinity? I think it was called “History of Cognitive Ability.” I took it when I was a senior and studied memory and memory impairment, which I always found to be fascinating. I wrote a paper on how memory loss was portrayed in Hollywood in movies, and I still think about that class and that paper often.