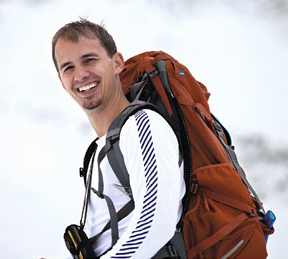 DEGREES: B.A. in economics with a heavy concentration in music and Spanish; J.D., Lewis & Clark School of Law

FAVORITE TRINITY MEMORY: It is so hard to pick one. One of the first that comes to mind was working with Professor Johnson on a composition piece I titled “Sousse” for the guitar. He helped me to complete the sheet music, and I had the opportunity to perform the piece for a full crowd in the Chapel (great acoustics!). The piece lived on and was played all over the East Coast with my former band The Woodshed, who are all Trinity alumni and remain some of my closest friends.

What is it like to be involved in a relatively new area of policy?
The world of cannabis policy is incredibly fast-paced and challenging. Because this is a true cutting-edge policy area, I have the unique opportunity to be a trailblazer, something that is uncommon in government work. My days are constantly filled with “firsts,” from visiting the first cannabis booth at the State Fair to helping implement the first pesticides-testing standards for cannabis labs. The position is definitely one of great interest to the public, and, as a result, I have learned quite a bit about media and communications.

Why is your work important to the field?
The statewide marijuana policy arena is vast and composed of stakeholders from all walks of life, from career politicians to small-time local farmers. Part of my job is to act as a clearinghouse for all of these individuals, regardless of background. I coordinate policy changes among the many large state agencies with a piece of cannabis regulation. Because this is such a new field, I communicate often with Governor Brown to make certain she is properly apprised of any new developments. Suffice it to say, it is a very busy job!

What do you enjoy most about your work?
I love traveling the state to speak with Oregonians working on the ground floor of this new market. I think that state regulators oftentimes have a tendency to work in a vacuum. It is my opinion that the best policies are crafted with input from those who will be affected by them the most. I have learned so much from speaking to medical growers, patients, and dispensaries, as well as larger and extremely professional recreational marijuana grow operations and storefronts. The level of innovation is stunning.

What are the biggest challenges you face?
The continuing federal prohibition on marijuana complicates regulation of cannabis, everywhere from banking issues to lab testing and accreditation. Normally federal government agencies such as the Environmental Protection Agency and the Food and Drug Administration set the standards for things such as pesticides testing and food adulteration. In the absence of this guidance, Oregon has convened experts in the field to create our own framework. While that can be a daunting challenge, it is also incredibly exciting and rewarding. I wouldn’t trade it.

Was there a professor who was particularly influential?
I have to pick two: [Professor of Economics and Public Policy, Emeritus] Andrew J. Gold and [Professor of Music, Emeritus] Douglas Johnson. Professor Gold pushed me academically to achieve what I didn’t previously think possible. I have been a guitar player since a very young age, and, before Professor Johnson, I used to lament my lack of massive Jimmy-Hendrix-sized hands. He introduced me to Django Reinhardt, a guitar player who basically invented lead guitar and did so with a mangled fretboard hand and two fingers. There were no excuses after that!

What was the most memorable course you took at Trinity?
Probably “Law & Economics” with Professor Gold. The first exposure I had to Professor Gold was an intro economics course my first year. He scared the pants off me the first day, and I dropped the class because I didn’t think I was up to the challenge. In my senior year, I was the polar opposite — I purposely sought out those classes that challenged me the most. My father is a lawyer, and, although I swore I would never follow in his footsteps, Professor Gold’s course piqued my intellectual curiosity in a way that could not be ignored. When I was considering advanced degree options in the years after graduation, I reached out to Professor Gold to solicit advice. I certainly credit his wisdom in my decision to apply to law school.