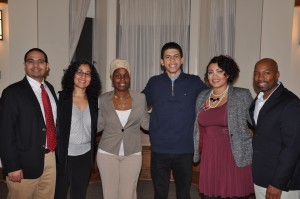 Join Black and Latino teachers, parents, students, and education leaders to learn about why they and their children are refusing, or “opting out” of various standardized tests in Connecticut. In addition to hearing their stories, we will have time for discussion. Want to learn more about testing and test “opt out”? Check out the background and resources below.

Read “Why We Opt-Out: CT Black and Latino Parents Discuss SBAC”, by Laurel Killough on the CEA blog.

What: Panel and Discussion, Light Dinner for first 30 attendees

In 2011, Real Hartford reported that one Hartford parent refused to allow her child to take the state standardized tests in protest of educational reform policies in the city schools. Since then, the “opt out” movement has grown across the country and Connecticut as thousands of parents and students across the country are refusing to take state tests in protest of educational reforms associated with high-stakes testing.

Black and Latino parents and educators in Connecticut have been at the forefront of these challenges to testing and activism in public education more broadly. While white activism on testing is well reported, Black and Latino test boycotts are less visible as well as their critique of high-stakes testing and related reforms.

In June 2015, Professor Pedro Noguera and colleagues defended parents’ right to boycott testing as a form of civil rights protest for better education conditions. Nevertheless, the U.S. and CT Departments of Education have sought to penalize schools and districts where high proportions of parents boycott the tests.

At the same time, more colleges and universities, including Trinity College, have changed their admissions policies to make tests like the SAT and ACT optional in order to encourage a more diverse group of applicants. In both cases, parents and college administrators have “opted out” of the tests in order to challenge the dominant narrative that standardized tests can adequately demonstrate what children learn and be used for high-stakes decisions.

More than a Score, Jesse Hagopian

HB 5555, Session 2016: AAC THE MINIMUM BUDGET REQUIREMENT AND PROHIBITING THE INCLUSION OF PARTICIPATION RATES FOR THE STATE-WIDE MASTERY EXAMINATION IN THE CALCULATION OF A SCHOOL DISTRICT’S ACCOUNTABILITY INDEX SCORE.

SB 380, Session 2016 AAC THE EXCLUSION OF STUDENT PERFORMANCE RESULTS ON THE MASTERY EXAMINATION FROM TEACHER EVALUATIONS. 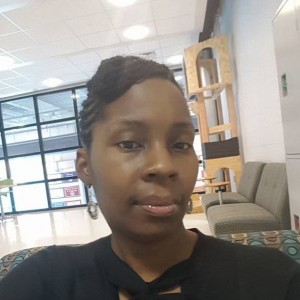 Shonta’ Browdy is a Hartford native and proud mother of two children who currently are being educated in the Hartford Public School system. Her passion is working with the youth both inside and outside of the classroom. For ten years and counting she has advocated for children in Hartford to receive quality educational opportunities. She is ending her 4th and final year of substitute teaching where she learned firsthand the struggles of educating children in a two-tiered educational system. Shonta’ is the Director of P.U.R.P.O.S.E. where she works alongside some amazing parents removing barriers that exists in the lives of children which prevent them from achieving their educational goals. She holds the title of co-advisor of the Youth Council and Education Committee Chair of the Greater Hartford chapter of the NAACP. Another passion that has her excited on the arrival of each spring is leading a community gardening project focused on exposing children to healthy eating all based on a hands-on agricultural curriculum. 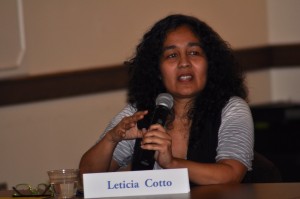 Leticia Cotto was born and raised in Hartford and is the mother of three. She is co-founder and co-owner of La Paloma Sabanera Coffee House and Bookstore (2004), a bookstore that specialized in the sale of Spanish language books by and about Latino authors and themes and fair trade coffee from Central and South America. As Branch Manager and Latino Services Coordinator, she has been instrumental in developing adult and children’s programming for the Hartford Public Library that directly reaches the Latino Community in Hartford and the Frog Hollow neighborhood. Amongst those programs are: The first city-wide Domino Tournament in 2008, Spanish Language Book Fair with REFORMA Northeast in 2010, Immigrant Experience documentary 2010, Park Street, Barbour Street and Blue Hills Story Walk 2014 and 2015.

Leticia is a board member for San Juan Center in Hartford and co-chair for the Commission on Refugee and Immigrant Affairs for the city of Hartford. She has extensive experience in working with immigrant communities and has traveled to Nicaragua and Guatemala to help develop ESL classes, computer classes and a small resource library at La Casa Juan Gerardi in Guatemala City.

Leticia holds a BA from Southern CT State University and is presently working on a M.S. in Management. 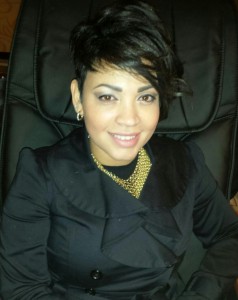 For 13 years, Violet has been an educator at the college and high school levels. She is a teacher and instructional coach in the ELL department at a CT high school. She holds bachelor, masters, and Sixth Year (CAGS) from the University of Connecticut, and is currently a doctoral candidate in the Department of Educational Leadership at the University of Bridgeport. A mother of two daughters that attend New Britain Public schools, she has been a vocal advocate for dual-language programs and the elimination of the high-stakes testing that is contributing to the demise of public education.

Violet has always been committed to civil rights, multiculturalism, and community service. She is the Immediate Past President (2012-2015) of Altrusa International Inc. of Greater Hartford and a member of the NAACP New Britain branch. She has been an activist for public education and underrepresented populations at the national, state, and local level, including marching on Washington on a “Journey for Justice”, presenting at conferences, giving testimony at legislative sessions, and being published on topics related to educational equity. She is also a member of the selection committee of the Alma Exley Scholarship Program, which promotes diversity in the teaching profession. 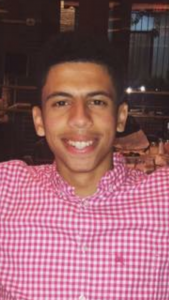 Sean Jaquez is currently a first-year student at Trinity College majoring in mathematics and political science. I am from New York City, where I attended Manhattan Village Academy High School, a public school. He has two younger siblings who also have opted out of the exam as well. 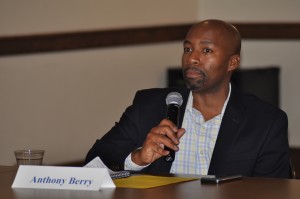 Anthony Berry is currently the Director of Admissions at Trinity College. He has been with the College for over 15 years and has a broad range of college admissions expertise. Anthony holds a B.S. in Marketing from Bentley University and an M.S. in Counseling from Central Connecticut State University.