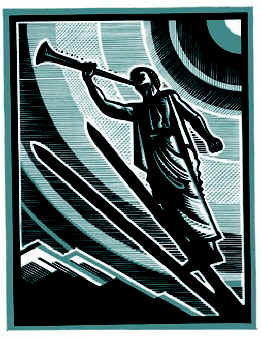 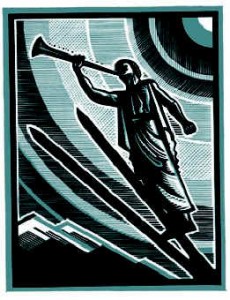 Watching the Church of Jesus Christ of Latter-day Saints struggle to control its public image has been a study in the difficulty of maintaining orthodoxy in the age of instant communication. When podcaster John Dehlin was excommunicated earlier this week for apostasy – his offenses included “spreading” his dissenting views “widely via the Internet” despite orders to stop – he announced the decision on a radio show, and posted the letter explaining the reasoning behind his ouster on his Mormon Stories website. Dehlin, who supports same-sex marriage and equal treatment for women (including ordination), claims that he is an “unorthodox, unorthoprax” Mormon.  His podcasts attract as many as 25,000 downloads, and his full disclosure of the entire process of his turbulent relationship with LDS church authorities has drawn attention around the world. Such controversies highlight the many ways that freedom of expression poses new troubles for religious groups in America as well as around the world.  Mormon church leaders, long accustomed to controlling the LDS message, have been challenged by Saints and non-Mormons alike. Stories about suppressed aspects of the Mormon past and current actions to discipline rebellious church members are everywhere. The church has begun to enter the fray. It has, for example, commissioned and posted substantive accounts of some of those suppressed aspects of its past. Now, when Mormons google “polygamy,” there is a church-authorized discussion of plural marriage – “The Principle” – for them to read. The church’s efforts to address the challenges of the digital age have not been notably successful. LDS leaders learned a hard lesson in 2008 when an activist outed their deep involvement in California’s Prop 8 anti-gay marriage campaign and the story went viral. The church has stayed out of the marriage fight in the past several years. Indeed, on LGBTQ issues church leaders recently tried to walk a middle path, supporting anti-discrimination legislation while at the same time arguing that religious freedom should be equally protected – a position welcomed by some liberal Mormons but dismissed by a spokesman for the Southern Baptist Convention as “naïve;” the Daily Beast called it a “charade.” In part, this is because church members are deeply divided over fundamental questions of doctrine and policy. In addition to Dehlin’s troublesome and very public challenge, the web-based group known as Ordain Women, which “seeks to create a space for Mormons to articulate issues of gender inequality that they may be hesitant to raise alone,” has a considerable following. Controversially, the group claims that church leaders have misinterpreted the teachings of the faith, and that “women must be ordained in order for our faith to reflect the equity and expansiveness of these teachings.” At the same time, local church leaders seem not to have read the memo about conciliation on hot-button political divides. Within Mormonism, local stakes (groups of congregations, comparable to Catholic dioceses) are in charge of church discipline. Most cases deal with personal moral failings like adultery and dishonesty. But Mormons also have a history of disciplining free-thinking intellectuals – most famously, a controversial group who were excommunicated in 1993. In the new era, the disciplining of those who publicly advocate reform of the church quickly and painfully becomes a matter of public notice. Last August, Ordain Women founder Kate Kelly was excommunicated by her Virginia stake. She appealed her excommunication, and (of course) posted the appeal on the Ordain Women website. A second member of the group was told to sever her ties with the organization or forfeit her temple recommend, meaning that she could not attend her brother’s forthcoming wedding. She caved, but also blogged about the heavy-handed tactics of her stake president. The post drew so many hits that it crashed the site. As with all heretics, these Mormon dissenters threaten to destabilize the community of believers even as they attract a wider audience. This is a central challenge for what we now call “strong religions,” which make belief and strict observance of doctrinal commands cornerstones of membership. Mormons often call themselves a “peculiar people,” by which they mean their faith has generated a distinctive and cohesive community. No longer. Indeed, their experience points to tough times for religious orthodoxy generally. Instant publicity and uncontrollable access to information, even if it undermines faith, means that dissenters have new tools, and those who seek to punish them cannot isolate outcasts in the ways they could even a generation ago. As one former Hasidic Jew put it about her own decision to leave the Brooklyn community in which she had grown up: “Now you can’t keep people from accessing information. It’s weakening the community’s hold over their own.” The frustration of traditional venues for discipline means that orthodoxies of all kinds face new and potentially insuperable obstacles, whether they are located in Brooklyn or Salt Lake City. 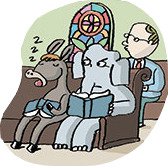