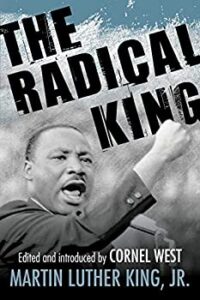 April 4 marks the anniversary of Martin Luther King’s denunciation of the Vietnam war in his speech “Beyond Vietnam.” Delivered at the Riverside Church in New York City, King urged his audience to work toward a revolution in values that would say of war “This way of settling differences is not just.” Linking opposition to the war to the battle for racial equality, King was widely condemned for his anti-war views.  There will be an online reading of his talk this Sunday.