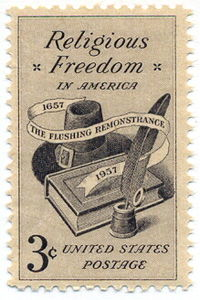 In a talk April 6 at Boston College, Mark Silk argued that the past decade has seen the development of a new kind of libertarianism alongside of economic, civil, and moral libertarianism. He called it “spiritual libertarianism,” and saw evidence of it in recent state efforts to pass strict new version of the Religious Freedom Restoration Act.