The Lottery takes an interesting approach to looking at education. The opening scene starts at a public lottery, the system through which students are selected for charter schools. Eva Moskowitz, founder of Harlem Success Academy, states the thesis of the film in the first 3 minutes of the film, “The notion that one has to get lucky to get a first-rate free public education; it shouldn’t be that way” (The Lottery, 2:22). The film takes a wide span approach to looking at the charter school process. The director touches the unionization of teachers, parental opposition in communities with failing schools, and the public costs of prisons and schools. Charters can provide an exemplary education at or below per pupil expenditure, but the public school system cannot (The Lottery, 18:19). Using this contrast, the film blames the bureaucracy of the educational system for holding back those schools.

The first major point of criticism is the teacher union for holding back educational change and improvement. One principal in the Bronx, Gotlin, discusses the difficulty of firing underperforming teachers in comparison to employees of a business (The Lottery, 18:46). In an interview by Charlie Rose, Weingarten, president of the largest teachers’ union, she avoids the question, “Should teachers be fired if they are not doing a good job?” and argues with a statistic given by the Department of Education (The Lottery, 19:40). 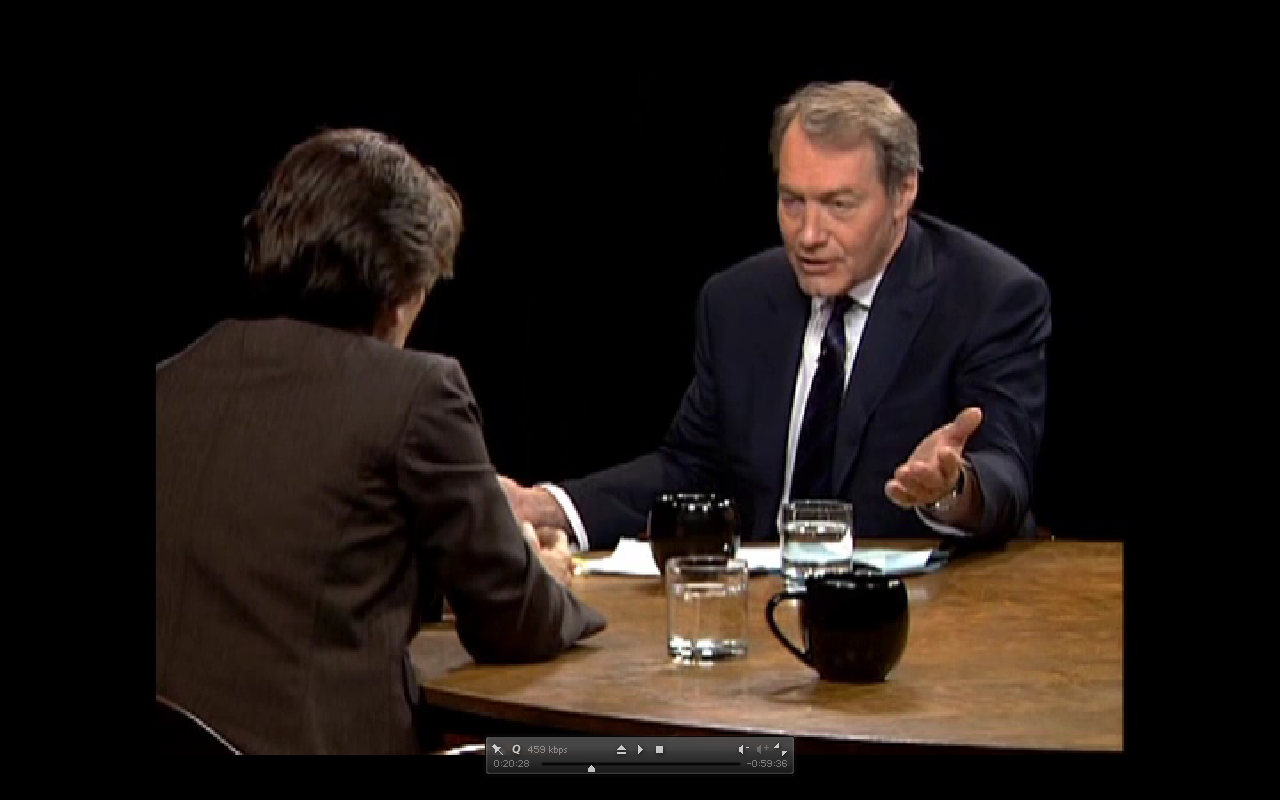 The statistic is then displayed across the screen as if to invalidate Weingarten, “According to the Department of Education, of 55, 000 tenured teachers, 10 were fired in 2008” (The Lottery, 20:40). Moskowitz, founder of Harlem Success Academy, discusses the teachers’ union contract as “the government structure for schools.” The prescribed length of teacher prep periods and the barring of supervision in the classrooms by administrators without notification are holding back schooling (The Lottery, 21:24). These examples of restrictions on teachers at public zoned schools are compared to structures at successful charter schools. This moment serves to provide evidence against teacher unions and advocate for a change in that aspect.

Another statistic that may serve to surprise audiences touches briefly on the costs and expansion of prisons. Looking at failing rates of fourth and fifth grade black males, prison cells begin to be built for the future; the cost of prisons per year more that doubles that of a school: $13,000 per year go to a school versus $37,000 per year that go into a prison (The Lottery, 40:47). 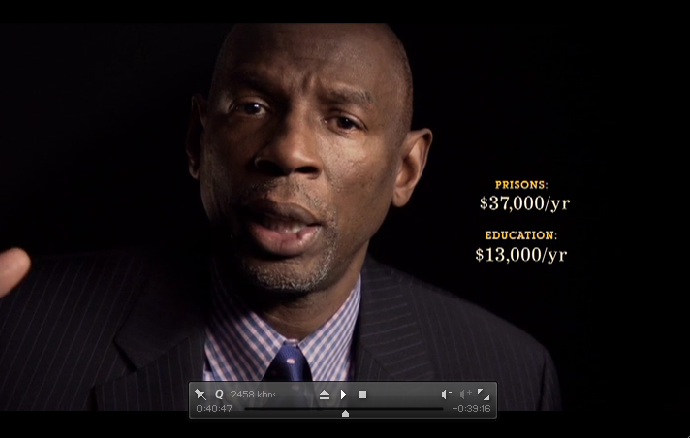 This discrepancy pushed the point of tax dollars and spending on pupils. Though only briefly discussed in this way, the use of one of the fathers of a prospective lottery student and his testimony from prison pushes not only this point, but also the need for change. His emotional testimony broken into multiple scenes illustrates a devastating potential outcome for these and all charter waitlisted students.; “365,000 children are on waitlist for charters” (The Lottery, 35:30).

This is a particularly useful tactic for advocating change. Through the use of testimony and statistics, the film serves to question the standing governmental structure of public education.

One particularly moving scene of the film is the city council hearing on charter school expansion, beginning at 48:54 in the film (The Lottery). 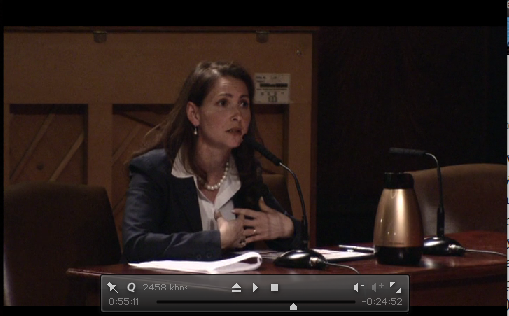 One council member accuses Moskowitz of not living in Harlem (The Lottery, 53:40). This accusation is bold and unrelated to the course of the action. Moskowitz shares her personal experience of zoning of her children into failing schools (The Lottery, 55:16). This excerpt shows the accusation of Moskowitz for demonizing teacher unions, but proceeds to demonize the council member. While I found this excerpt moving in terms of supporting the charter school movement, I felt the emotional pull here after a range of statistics throughout the film leaves the opposing views unheard.

Earlier in the film, a scene from a public space hearing shows aggressive parents defending their public zoned school. When trying to host Harlem Success Academy 2 in a building of a failing public school, a protest of community leaders breaks out before a public space hearing (29:45). Democratic leaders, parents, and children claim to “fight for justice.” 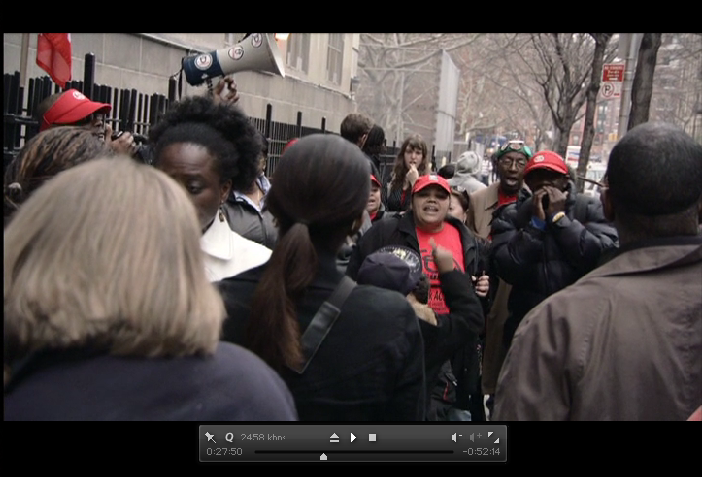 At the hearing, PTA President and parents accuses the Harlem Success Academy 2 of separating neighbors (30:37). The parents of students at the public school become aggressively defensive of the school being taken over by charters. They do not feel the charter school will help the community. Parents of the charter discuss the improvement of education through charters. While showing the opposing views of the parents, the film shows calm parents of Harlem Success students in contrast to yelling parents of the students at the public school. Charter advocates and leaders in the educational movement explain how and why parents do not understand the charter system. 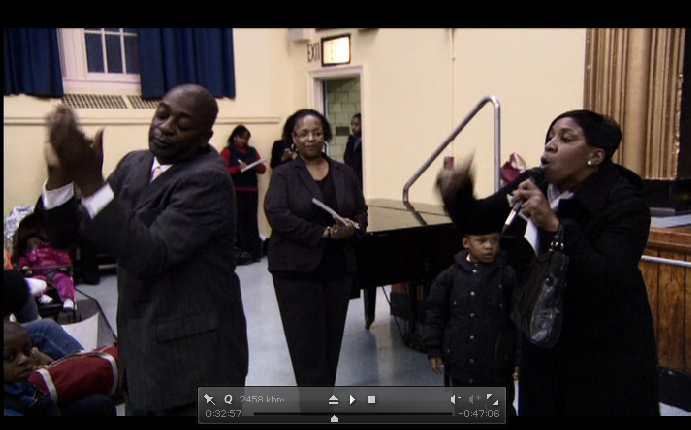 This film tells the story of a flawed system of public zoned schools while praising the charter school movement, pushing for change towards better opportunities. The closing scene of the public lottery in Harlem pulls at the heartstrings of audiences by illustrating both the excitement of one family and child but also the disappointment and loss of hope for those families not being placed in these schools. While the message of the film may be hard to tease out, it is not only for change for more charters. In looking into the website of the film, thelotteryfilm.com, audiences are asked to sign a petition for more choices, more funding, and better standards for education.

Criticism of the film typically highlights the lack of tangible evidence of improvements made by charter schools and lack to recognize downfalls of the system, other than the lack of space and funding. Tate accuses The Lottery of lacking “social science researchers with expertise on charter schools” (Tate, 2).  This scholarly review goes on to point out the lack of empirical research and the lack of “any balanced presentation of evidence” (Tate, 3). Chaney writes in the Washington Post, “”The Lottery” could have done a more thorough job of telling the other side of the story” (Chaney, 1). Both critics bring up valid points. I found the movie to demonize the opposing view without allowing viewers to get the full facts and make their own decision about advocacy. It did not take into account reasons for support of teacher unions or the harsh reality of those students left behind by the lottery system. Their claim that more charter schools for more student opportunities to “win” the lottery is bold, but are they proposing a charter school only system? While their petition is not, it is hard to extract this sentiment from the film itself.

One thought on “When did quality education become a gamble?”