“The Lottery” is a documentary released in 2010, directed by the young Madeleine Slacker, which reveals both the emotional and political strain of the turf war between Charter and Zoned schools in Harlem, New York City. The film follows four families who have young, African American children vying for spots at “The Harlem Success Academy,” one of the few charter schools in the area. These charter schools hold annual lotteries giving nearly 400 students a chance, completely by luck, to choose between the charter school and the zoned school assigned by the city. This documentary portrays the vast difference in the education a student can obtain at a charter school compared to an assigned a zone school. Furthermore, this film, though presenting both sides to the charter v. zone school debate, seems to advocates for parental choice and the best interest of children. 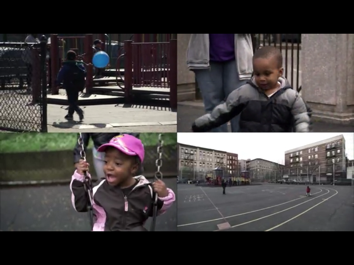 Before introducing these families, the documentary explicates just how dire the situation is for many students, for the zoned education system does not present a positive outlook for children. Gripping, terrifying statistics are presented, such as the incredibly low success rates of zoned schools; such figures are, for example, the literacy rate of students who attend Harlem schools. Furthermore, the documentary looks into race, and presents the statistic that “the average black 12th grader performs as well as the average white 8th grader.[1]” 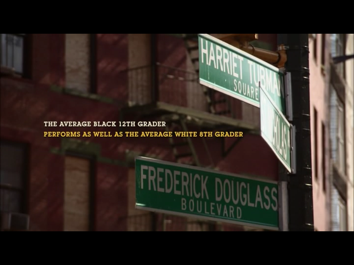 The stories of the families that this film follows are heart wrenching, as each family desperately wants the best education for their children. One father in particular, whose wife and first son live in Africa, have only come to America in hopes that their youngest son can attend a great school and get an education. This father talks about the incredible opportunities America can offer his son, and even states, “The American Dream is so wonderful.[2]” Yet the film presents this dream like a scam, as if the American Dream is a lottery just as is the chance of getting into a great school.

The opposition to charter schools comes mostly from parents, teachers, and public officials who support teacher unions. Unions allow teachers to have tenure, and assured benefits within the school system. However, the film reveals that there is practically no procedure put in place for monitoring teachers in schools that are considered “failing,” or that have high-dropout and low success rates. In fact, the film reveals the staggering statistic that, “According to the Department of Education, of 55,000 tenured teachers, 10 were fired in 2008. In New York City, the cost to fire one incompetent tenured teacher is about $250,000 of taxpayer money.[3]” It appears that in New York City, it is more cost efficient for the city to keep “incompetent” teachers, rather than find staff who will increase the success rates of children. Charter schools, which are financed by taxpayer dollars under a five-year, renewable charter for experimental learning, do not hire unionized teachers. Teachers who work at charter schools are hand selected, and are willing to work longer hours, follow a particular teaching method and more intense curriculum, and work without tenure[4]. Those in favor of unions, such as Betsy Gotbaum, an elected public advocate whose husband conveniently once ran the greatest teaching union in New York City, believes that Charter Schools should not be in existence, for they demoralize the unions. 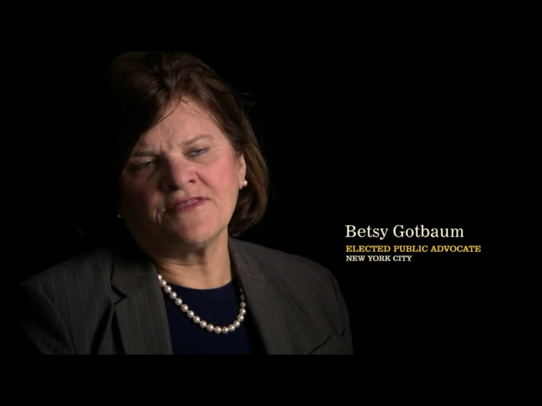 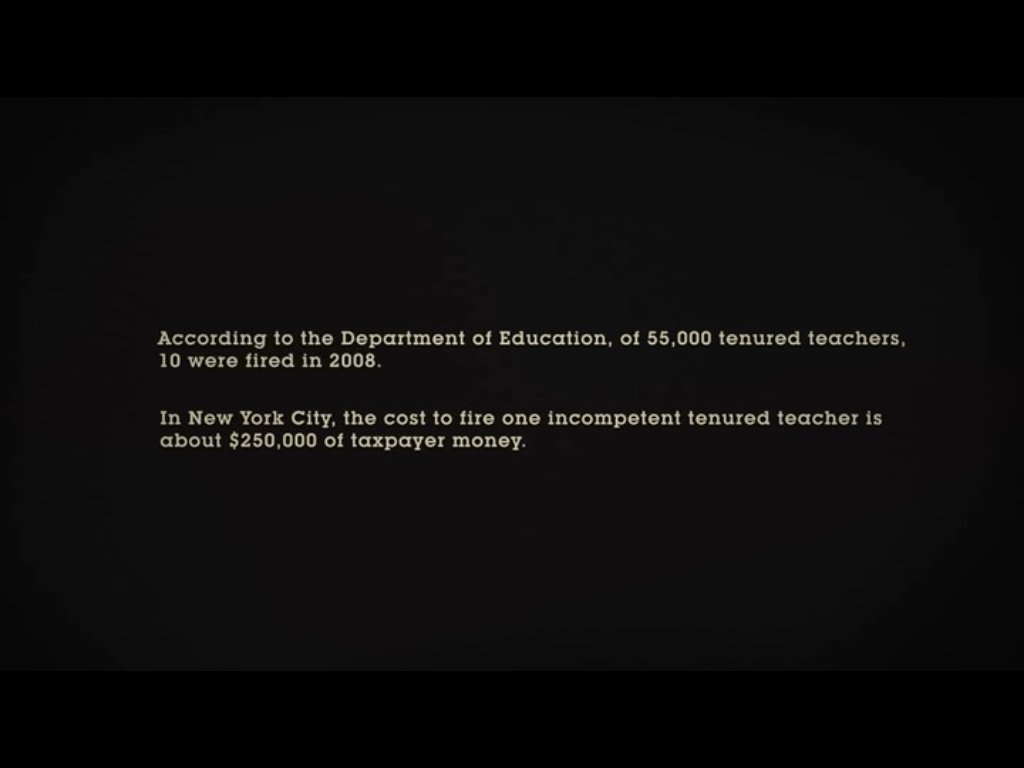 In an interview published by the Wall Street Journal right after the film’s release in 2010, director Madeleine Sackler states that, “Going into the film I was excited just to tell a story,”…but instead, she “stumbled on this political mayhem—really like a turf war about the future of public education.[5]” Just at Sackler states, this film is split between the stories of four families and the politics behind the great education war in Harlem. The opinions of those who advocate for zoned schools are expressed at a hearing, and are shown in the documentary. However, the film seems to advocate for charter schools and the higher success rates that they are offering through the statistics presented. This position is also backed by a scene in this film that highlights the documentary’s perceived favor, wherein CEO Eva Moskowitz of the Harlem Success Academy (a charter school in Harlem), is addressing a council in hopes of obtaining the space occupied by P.S. 148, and turning it into Harlem Success Academy #2. At 51:24 into the film, Moskowitz is viciously attacked by counsel member Carmen Arroyo, whom questions both the integrity, motives, and conduct of the woman who is trying to bring about a greater success rate for students. 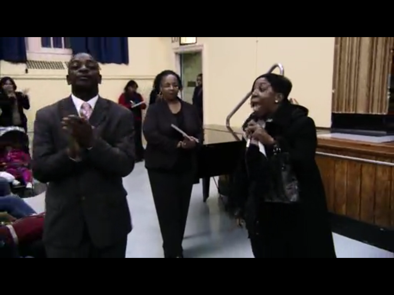 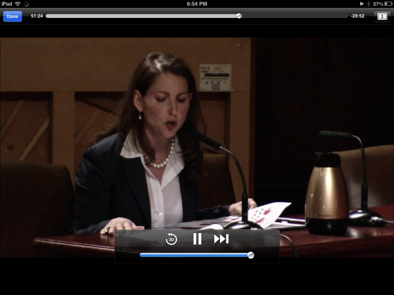 In sum, this film reveals much about the struggle to bring about a great education to students of all races and incomes. Though some officials believe that economic class is the problem, some believe that racial discrimination is the issue, this film presents something that is unbeatable: there needs to be a change. So the question remains: How is such a change made, and who is going to make it?

3 thoughts on ““The Lottery” Review”