On March 6, 2013 the Connecticut State Board of Education met in the State Office Building in room 307 at 9:30 AM. This meeting began a little different than normally due to the unexpected passing away of one of the members of the board, Ellen Camhi. After the usual pledge of alliance there was a moment of silence in memoriam of Ellen followed by a speech by the chairperson of the board, Allan B. Taylor, commemorating Ellen’s honor. Taylor remembers Ellen as someone who “cares deeply and passionately about public education.” But the commemoration of a board member was not the only unusual activity of the Board today.

After the commemoration of the memory of Ellen Camhi, the meeting proceeded through the agenda. Rather than running straight through the agenda, the board skipped around from number II, Public Participation, to number VIII A, Items Requiring Action: West Hartford Plan to Increase Racial Diversity In its Unique Schools, causing a little confusion for a first timer at the meeting and making it a little harder to follow. However, it was easy to figure out what the topic being discussed was based on the presentation with the help of the printed out agenda. 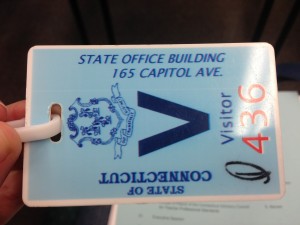 After the public participation presented, the board jumped right into the issue number VIII A, which was “West Hartford Plan to Increase Racial Diversity in its Unique Schools.”

Members of the West Hartford School District along with one of the founders and a politician dealing with the “unique schools” Charter Oak and Smith in the West Hartford district were presenting their plan for the future with these schools. Charter Oak and Smith were granted “unique school” status by the Commissioner of Education. In the “Regulations to Implement the Racial Imbalance Law”, a “unique school” is defined as “an interdistrict or intradistrict magnet, local or state charter, lighthouse, regional vocational agriculture, regional vocational-technical, alternative, or special education school or other school designated by the Commissioner which offers specialized programs or provides for the voluntary enrollment of students.”[1]

The Racial Imbalance Law was passed to help increase the racial diversity of schools, and requires schools to have a certain percentage of minority students. However, the status of Charter Oak and Smith as “unique schools” makes them exempt from the Racial Imbalance Law. Despite these exemptions, the presentation at the Connecticut State Board of Education meeting today displayed that both Charter Oak and Smith schools will be at 61 percent, which is higher than the 41 percent district average.

The new plan that the West Hartford Board of Education presents is possible because the schools, Charter Oak and Smith, now qualify as diversity schools.  According to West Hartford News, “a Diversity School enrolls a percentage of minority students that varies from the average district minority population plus or minus 25 percent, according to the board.”[2] 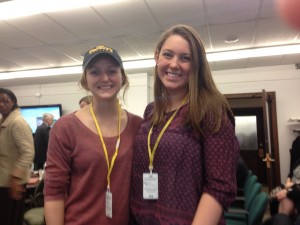 Furthermore, this legislation provides access to more money as well as the possibility for up to 80 percent state reimbursement for construction.[3]

The new plan that West Hartford has planned will hopefully increase the racial diversity in its unique schools, Charter Oak and Smith. In addition to the increase in diversity, the West Hartford Board of Education claimed to have plans to create build a new building, which would allow the school to accommodate more students, to improve its marketing, as well as its programs such as a more expansive pre-k offering.

Finally, Board member Joseph J. Vrabely Jr. asked the presenters to clear up some of his confusion, most importantly being “what exactly is being asked of the Board?” Laura, once again took the initiative to answer this question. Laura first acknowledges the uniqueness of the situation that West Hartford is embarking upon. There are no other schools in the state of Connecticut that are considered “unique schools”, Charter Oak and Smith School are the only two. Therefore, there is not a plan filed in Racial Imbalance Requirements Statue nor is there much documentation on how to proceed. Therefore, the West Hartford Board of Education is “asking for support rather than formal approval.” They are hoping that by having the Connecticut State Board of Education, institutional support, that it will help them win support over the Commissioner of Education, Stefan Pryor.

By having no precedent, the West Hartford Board of Education on what the correct procedure is for insuring that their plan for the future of Charter Oak and Smith School can move forward without any delays or obstructions. 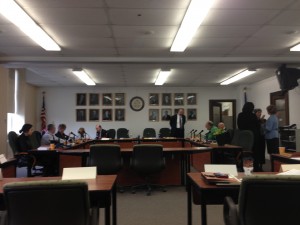