One of the most influential scenes in the film is when the American Federation of Teachers receives Michelle Rhee’s proposal that would rid tenure, but implement merit pay (1:25). This scene is highly important because it showed the politics that go behind education reform. The film casts Michelle Rhee as a woman who truly was trying to do something different, that would finally help America’s children. Yet it was teacher unions who impeded her from being able to do so. The filmmakers captured the absolute silence in the room after Michelle Rhee presented her proposal. The scene ends with Michelle Rhee solemnly, looking out the window into the D.C. night and saying, “Now I see in a lot more coherent ways why things are the way they are, it’s always about the adults” (1:26:08) . At the end of the scene there is a feeling of resignation and written on all Michelle Rhee’s face is “ I tried, I really did, but it wasn’t about the children, it was about the adults”. Thus, the film dangerously creates a frame that villainizes teachers and blames them for America’s poor performing children.

In response to the film, Welner would say that it lauds charter schools without explaining why they are “succeeding” in comparison to traditional public schools. In his article he says ”Charter schools tend to have fewer students with disabilities, fewer English learners, and a less poor population of students than their surrounding public schools” (1). English language learners are completely ignored in this film, and is one of the most ignored groups in various types of public schools, charter or traditional neighborhood. All of the parents applying for their child to attend charter schools spoke English, cared about their children, and did not seem to come from troubled homes. Their saving grace were charter schools, because they could apply and knew about it. Welner would say the film does not discuss the students who do not even know about charter schools, much less understand English to apply.  The film casts charter schools as the saving alternative to traditional low income neighborhood public schools, and even schools in high income areas. KIPP academy was one of the charter schools lauded, in comparison to failing traditional schools and expensive parochial schools.  There is one video clip that shows the KIPP founder stating,“KIPP academy highest performing public school in the Bronx”, followed by loud cheers from the students he is with. 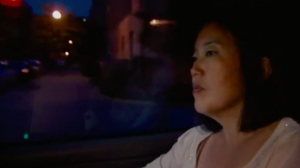 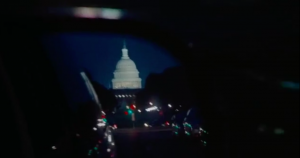