Many cars, including news channel cars fill up the Hartford State Capitol and the Legislative Office Building’s parking lot on Thursday, February 15th, 2018. Many businessmen and women walk into the Children’s Committee meeting, expecting to hear upcoming policies that were created with the goal of protecting the children of Connecticut. 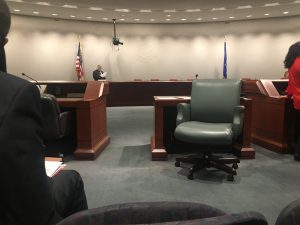 This events agenda listed many bills concerning many different things related to children that were up for discussion. It included bills mostly concerning children’s safety and health.

Once we were seated and the meeting was in session, Representative Diane Urban opened up the discussion by addressing the Florida school shooting. The representatives emphasized the importance of diagnosing and treating mental health, and mentioned the importance of school safety, protecting our children. Representative Liz Linehan says, “We do really need to think about school safety. We really can’t take anything off the table in order to protect our children”. The committee then called for a moment of silence.

When starting the discussion about the potential bills on the agenda, Representative Urban announced that bills 1 (Act Establishing the State Oversight Council on Children and Families), 2 (An Act Concerning Special Immigrant Juvenile Status) , 4 (Act Concerning a Transfer of a Child Charged with Certain Offenses to the Criminal Docket and the Grounds for Detention of an Arrested Child), 5 (Act extending the Reporting Deadline of the Task Force to Study Voluntary Admission to the Department of Children and Families), 6 (Act Prohibiting Female Genital Mutilation), and 9 (Act Concerning Parental Choice in the Event of Stillbirth) were all raised because they had all gotten a unanimous vote.

Representative Urban then called Bill 3 (An Act Establishing a Moratorium on the Use of Recycled Tire Rubber at Municipal and Public School Playgrounds) into discussion. Representative Urban explains that the issue with the tire rubber used on playgrounds for children is that it could potentially be causing cancer, but it is up to the EPA to determine this. The EPA report with findings was supposed to come out last August, but they never released it, and they are now saying that it will be out by the Summer of 2018. The purpose of this bill would put a moratorium on playgrounds until EPA study comes out. Once the EPA study comes out, representative Urban says that it will be up to the legislature to decide what to do from there. Representative Noreen Kokoruda makes the argument against this bill. She makes the argument that if we establish a moratorium, and we start spending money on installing this material, and then the EPA finds that it does indeed have negative health implications, we would have to spend more money on taking the material out of playgrounds again. She makes the point that, “we keep changing things each year, so why wouldn’t we wait for the study to come out so that we can work together”.

Another bill that was heavily discussed was Bill 7 (An Act Concerning Concussion Education for Coaches of Certain Youth Athletic Activities). Representative Kokoruda made an argument against this. She talked about how many coaches are volunteers, so she doesn’t think that it would be necessarily fair putting a mandate on those individual coaches if we can prevent it, but she does believe the coaches should educate themselv 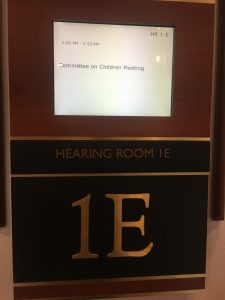 es. In response to this, representative Urban revealed that coaches have gotten together and have agreed to do this. The concussion education for coaches would be watching a 30-minute video. Representative William Buckbee spoke up and said, “I don’t know one coach that wouldn’t devote 30 minutes of their day to further ensure the safety of their children”. 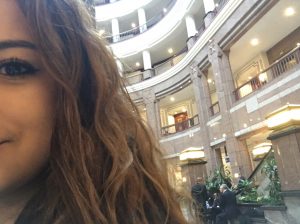