The committee formed by two senators and about seven to eight representatives, discussed few bills that were described by the Chair as “Merit Bills”, meaning that these bills were not subject to vote, but instead have already been voted on and are being displayed to the public through the committee.

Even though the agenda of the meeting was published online, and had a long list of bills to go over, the committee overlooked some of the bills.  Act 3 “Establishing a Moratorium on the Use of Recycled Tire Rubber at Municipal and Public School Playgrounds” was first raised to the committee by representative Urban, who appeared to lead the committee and was referred to as the chair by the Senat and the representatives attending. The bill mainly focuses on the use of Crumb Rubber at playgrounds and suggests banning Crumb Rubber until studies come out, “if the Crumb Rubber is proved to cause cancer” Representative Urban explained to a colleague on the committee, “then we sit back again and decide whether if we want to keep it or removing from playground. Chair Urban then moved on to the next act, which was Act 7, “Concerning Concussion Education for Coaches of Certain Youth Athletic Activities.”

Chair Urban raised the act for comments and concerns, and one of the representatives said “I am 100% in favor of this bill! Why would anyone be against any educational opportunity for the coaches on the field?!”. as the question remained unanswered since it was only for clarification purposes, Chair Urban asked again if anyone would like to raise any question, comment or concern, and some representatives followed up with rejection of the bill saying that it is a waste of time and that coaches won’t get the necessary knowledge out of it, which would waste their time and energy. one representative, sympathetically to coaches, argued that some of these coaches are volunteers and it does not seem fair to have them do things that they are not getting paid for. The chair then raised the bill to vote on, and the majority of the votes were yes, including the senators. 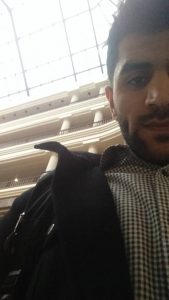