How much do we know about the consequences of exposure to rubber mulch? And how do we feel about the idea of sending our children to schools that have playgrounds covered in ground tire mulch?

This is one of the issues discussed at the “Committee on Children” meeting, held on Thursday, March 1, 2018 at the State Capitol Building in Hartford. During this session the assembly reviewed Bill No. 5188, number three on the agenda, and raised important questions regarding the potential hazard of recycled tire rubber at municipal and public schools playgrounds. The debate saw the assembly members discussing the topic and bringing interesting findings to the table. Some members firmly believed in the carcinogenic effects of rubber mulch, and its consequential danger for young children; some others argued that there is no sufficient evidence to conclude that recycled rubber should be banned from playgrounds.

Among the assembly members who were not in agreement with the argument against the use of rubber mulch on playgrounds, was Senator Len Suzio. Senator Suzio brought up the example of athletic fields, and stated that there is no sufficient evidence to confirm the adverse effects of rubber mulch on those who are exposed to it. However, due to the importance of the topic, Senator Suzio asked for clarifications and for evidence of “cause and effect” in terms of studies and research, in order to not overlook the potential dangers. In response to the Senator, Representative Diana Urban pointed out that there is a major difference in the ways in which rubber exposure could affect toddlers (whose bodies are in a crucial phase of development) on playgrounds compared to older kids on athletic fields. To further support her argument, Urban brought to the attention of the assembly the research  conducted by the Children’s Environmental Health Center at Mount Sinai Hospital.  This research confirms that carcinogens are existent in recycled rubber grounds. Senator Urban also mentioned a study conducted by Yale, but said that it has not been peer reviewed in a way that would satisfy Senator Suzio’s requests.

Representative Urban reported that although it would be impossible to determine a set level of carcinogens in recycled rubber tires, it is safe to say that all recycled rubber tires present some level of carcinogens, and therefore represent a danger for the health of young children in particular. At this point Urban’s main question was “What risk are you willing to take with your child?”

An interesting point was raised by another member of the assembly: if rubber mulch represents a real threat for our health, how do we deal with the fact that it is a widely sold product in many of our stores?  There was no clear answer to this question, and Representative Urban pointed out:  “If many people keep rubber mulch away from their trees to prevent them from dying, why would we want it on our children’s playgrounds?”

Despite the convincing arguments that were brought up, some assembly members ultimately still felt the need for further evidence and research regarding the issue. However, by only one vote, the motion passed. 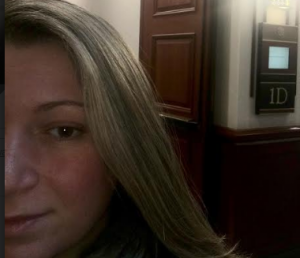